The Hazelwood police officer seriously hurt in a car crash last month is on the road to recovery. On Wednesday, officer Craig Tudor flew out of state for treatment. 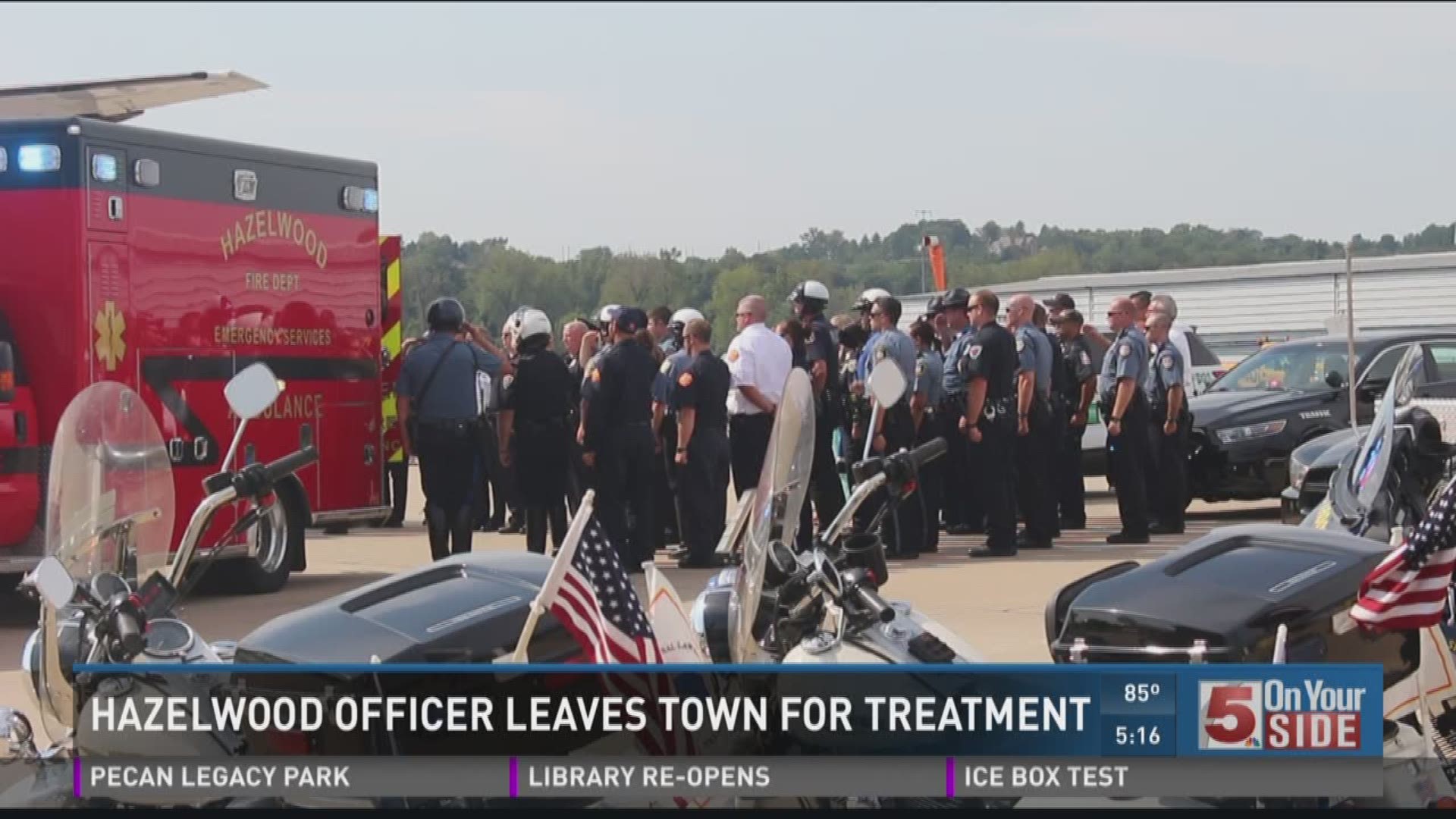 The Hazelwood police officer seriously hurt in a car crash last month is on the road to recovery. On Wednesday, officer Craig Tudor flew out of state for treatment.

Tudor is staying at a rehabilitation center in Colorado. Hazelwood police say it's considered to be one of the best in the country. They sent him off with a procession from Barnes-Jewish Hospital to the Spirit of St. Louis Airport.

"Hopefully, he can make some progress out there that we haven't seen here," Hazelwood police chief Gregg Hall said.

Some people, who have never even met Tudor, also came to see him off at the airport.

"I thought it was emotional, very moving," said Ken Eckardt, whose son is a Hazelwood police officer.

Officer Tudor will be landing at the same facility where Ballwin officer Mike Flamion is getting treatment. He was shot and paralyzed during a traffic stop in July.

"They most probably will see each other," Lt. Mike Brady said. "I know the wives have been in contact with each other. So it will be a support mechanism out there for both of them."

They don't know how long officer Tudor will be there.

"He doesn't have much feeling, if any, from pretty much the chest down," Brady said. "Really he can't speak but when we talk to him, he nods and he smiles and he seems like he's in pretty good spirits."

In the meantime, they're rooting for his recovery.

"I guess the strongest emotion that you have is hope that it's not as severe as what it first appears," Hall said.

"I know he'll work hard when he's out at the rehab center and we just ask for the continued support of the community for him and his family," Brady said.

Police say it's too soon to tell if officer Tudor will be able to return to work one day. Previously, he helped train new officers coming in from the police academy.