'It feels hopeless' | GCS graduation dates change, and so do plans booked months in advance

Flights and hotels were booked, reservations were made, and then Tuesday night Guilford County Schools announced some graduation date changes. 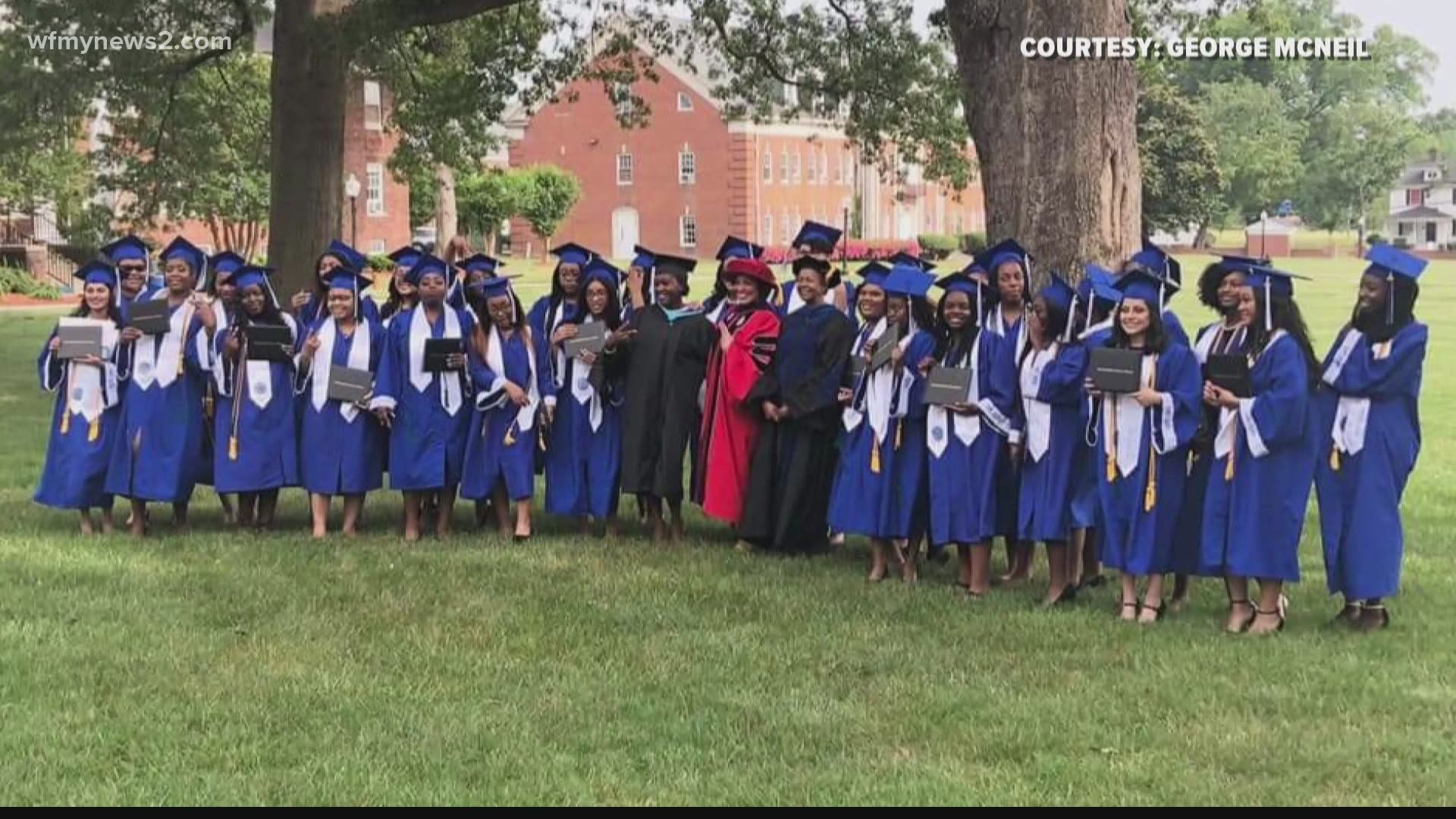 Many families made plans for high school graduations, but the district announced some new dates at a Board of Education meeting Tuesday night.

Preliminary ceremony schedules were sent out in October, and families based their plans around that.

"Graduating is your first major accomplishment in life, and I'm going to miss that moment," Stephen Taylor said. He lives in Arizona but his son is a GCS senior. He booked a cross-country trip to see him get his diploma.

"We rented an Airbnb Friday night, Saturday night and we were leaving Sunday," Taylor explained. "We made our plans way in advance because we knew things would fill up because it's graduation weekend, a lot of people coming into town."

Taylor just learned his son's ceremony is now on Monday.

"We're going to miss his diploma, him walking down and getting his diploma and it really hurts that I won't get to see it."

Liza Moberg lives locally, but is facing a similar predicament.

"We went from a Saturday morning 9:30 graduation to a Monday night 8 p.m. ceremony," Moberg said.

She said she made big plans based around the original ceremony schedule in the fall, including a vacation her daughter was supposed to leave for on Monday.

"Keep in mind there are probably people who have reserved places, that have caterers and have already done all that, which is now maybe not possible."

The district pointed out the schedule was always subject to change because of the pandemic. It was noted in the October release.

But some parents tell WFMY News 2 they interpreted that to mean it could be a drive-through graduation rather than in-person. They thought the dates were concrete.

"{The district} called households probably a month ago and said we were going to get an in-person graduation and we would receive more information coming soon," Moberg stated. "Nothing was ever said that the schedule was going to change, I assumed that just meant mask requirements or something."

"It kind of feels hopeless, it's unfortunate but what are you going to do," Taylor added.

GCS said social distancing, four hour cleaning breaks in between ceremonies and capacity limits all played into the decision-making.

"The calendar was always tentative we're in a pandemic and we're trying to do what's right for the kids,"  Southwest Guilford High Principal Mike Hettenbach said. "The parents requested doing face-to-face graduations, we're doing it in the Coliseum and they have certain expectations. We've got the governor's Executive Order still in place and there's only so much we can do and we're doing the best we can."

Several comments from parents on social media suggest football fields be used for the ceremonies. But the potential for severe weather also went into the planning.

"We could say OK let's do it outside but then we're hoping for a prayer on the weather," Hettenbach said. "If the weather comes how do we shift that, so the best situation was to do it in the Greensboro Coliseum and we cannot use the special events center because they're doing vaccinations."

A district spokesman said less space and more social distancing means graduation ceremonies spanning over a longer set of days. He added that parents have been asking for in-person graduation for months now, and the schedule was changed to provide those requested in-person ceremonies in the best environment possible.

"Those I've heard from, the students are happy to get this opportunity after this year and schools shutting down across the country," Hettenbach said.