Katelyn Dorsett said she has a vacation home in Brunswick County. Her family hunkered down in the living room waiting for the tornado to pass Monday night. 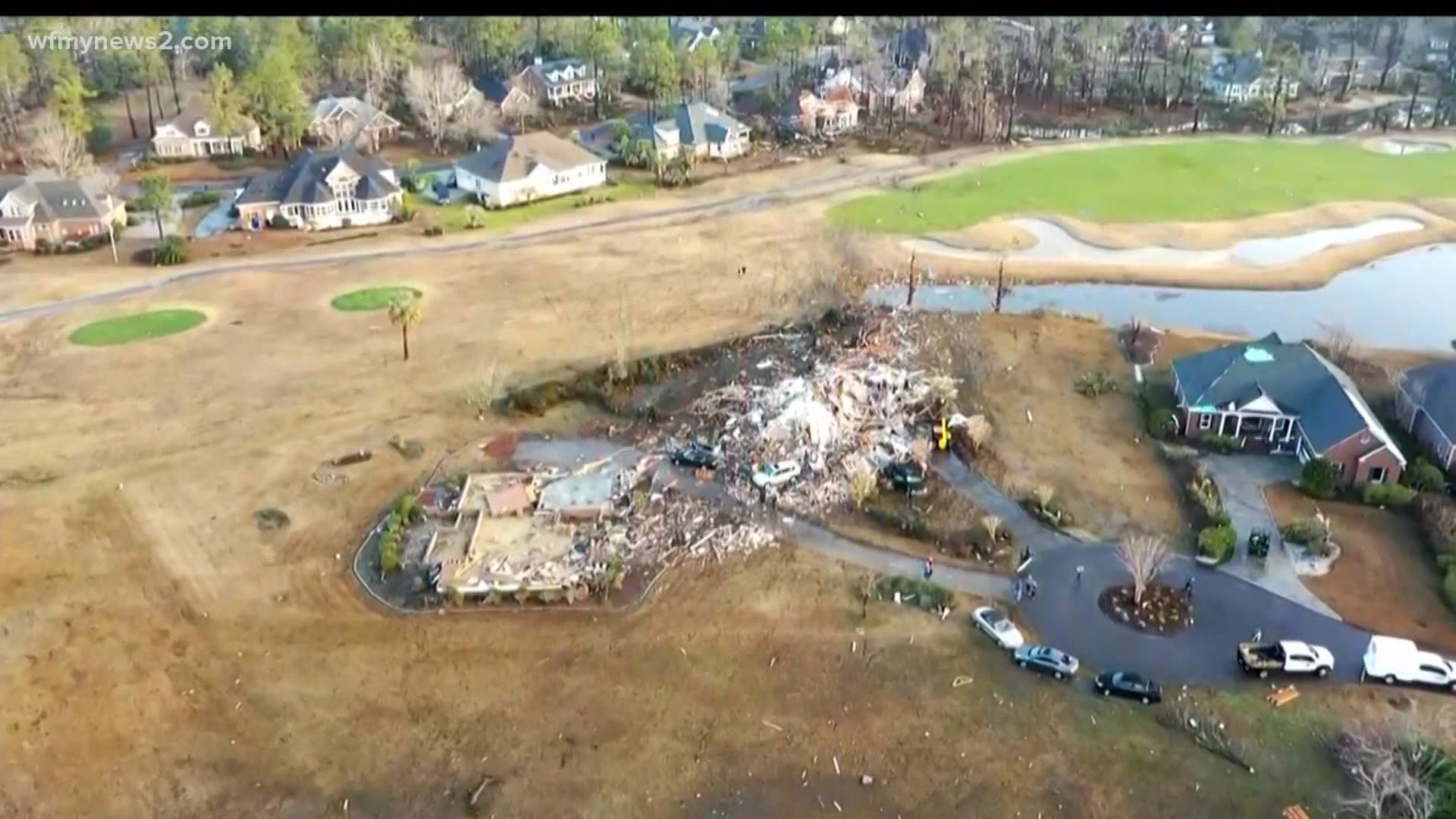 GUILFORD COUNTY, N.C. — The coast is picking up the pieces after a tornado ripped through Brunswick County Monday night.

Officials there said three people died, and at least ten are injured.

One Guilford County family was at their vacation home when the tornado touched down.

RELATED: 3 dead after EF-3 tornado rips through coastal North Carolina with winds up to 160 mph

Dorsett said they live in Gibsonville and have a vacation home there. They wanted to get away from the mess the ice storm left, and do some work on the house.

"My dad texted me I think the first day we were down here and he's like 'I've got trees down everywhere' and I was like 'oh I'm so glad I'm not there!'"

But her weekend escape turned into a different kind of nightmare.

"Definitely a lot of thunder, there was so much lightning."

A tornado tore through her area Monday night, and their vacation home doesn't have a basement.

"Which makes it so much more scary because in Guilford county we have a basement. We have places we can go and hide. Here there's nowhere to go except your bathroom."

The family hunkered down in the living room listening to a police scanner for hours. At one point, the tornado was very close.

She describes the entire ordeal as terrifying.

"I was up until 2 a.m. I was still absolutely terrified I have one daughter here, another daughter there and I'm just looking at them trying to make sure they're OK," she explained. "It was terrifying you just don't know what to do exactly."

Thankfully, her family is OK and their home did not sustain any damage.

"I mean we've seen damage from hurricanes that weren't as bad as this."