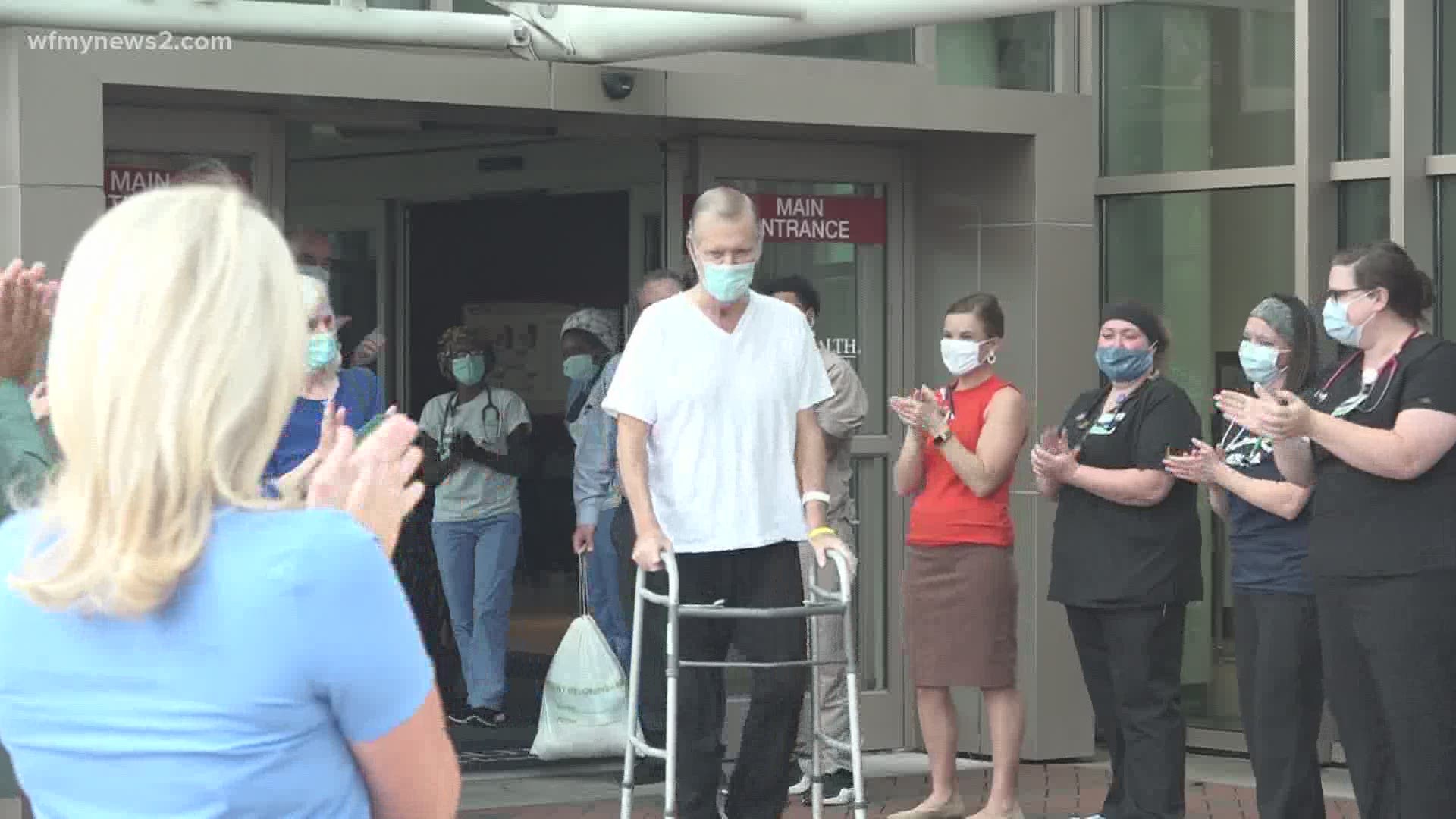 The 70-year-old stood up from his wheelchair and used a walker to step through the crowd of medical staff gathered for the send-off.

His family and friends gathered to surprise him back at his Pleasant Garden home, tying balloons to the mailbox and a sign that read, "Welcome home Ronnie. We love you. Family and neighbors."

The anticipation built while they waited.

Their arrival was delayed for a few minutes because Ronnie asked his wife Audrey Coltrane to stop at Bojangles. He craved a ham biscuit.

He hoped to settle into his recliner when he got home but instead, found his welcoming crew.

"It's wonderful, I was beginning to think I wasn't ever going to get home," Coltrane said.

He doesn't remember much of his fight against coronavirus. One afternoon in March he said suddenly felt sick.

"It felt like I'd run into a brick wall," Coltrane said. "I could hardly put one foot in front of the other."

His wife called friends and found out their pastor, Jeff Harmon was also very sick. Harmon would spend 11 days on a ventilator before returning home.

Ronnie said he doesn't remember much once he got to Cone Health. He said he remembers some very dark thoughts.

"I was begging God to take me out. I wanted out of that. The doctor called Audrey and told her that I was going to be gone just any minute," Coltrane said.

Audrey Coltrane gathered the family and said goodbye to her husband on a video chat.

"We were all just crying and begging God not to take Ronnie," she said. "And you know what? God turned it around."

Audrey said doctors told her that her husband was one of their sickest to recover.

After weeks on a ventilator and finally breathing on his own, Ronnie Coltrane transferred to rehab. Tuesday, his wife visited him face-to-face for the first time to learn about caring for him before bringing him home. 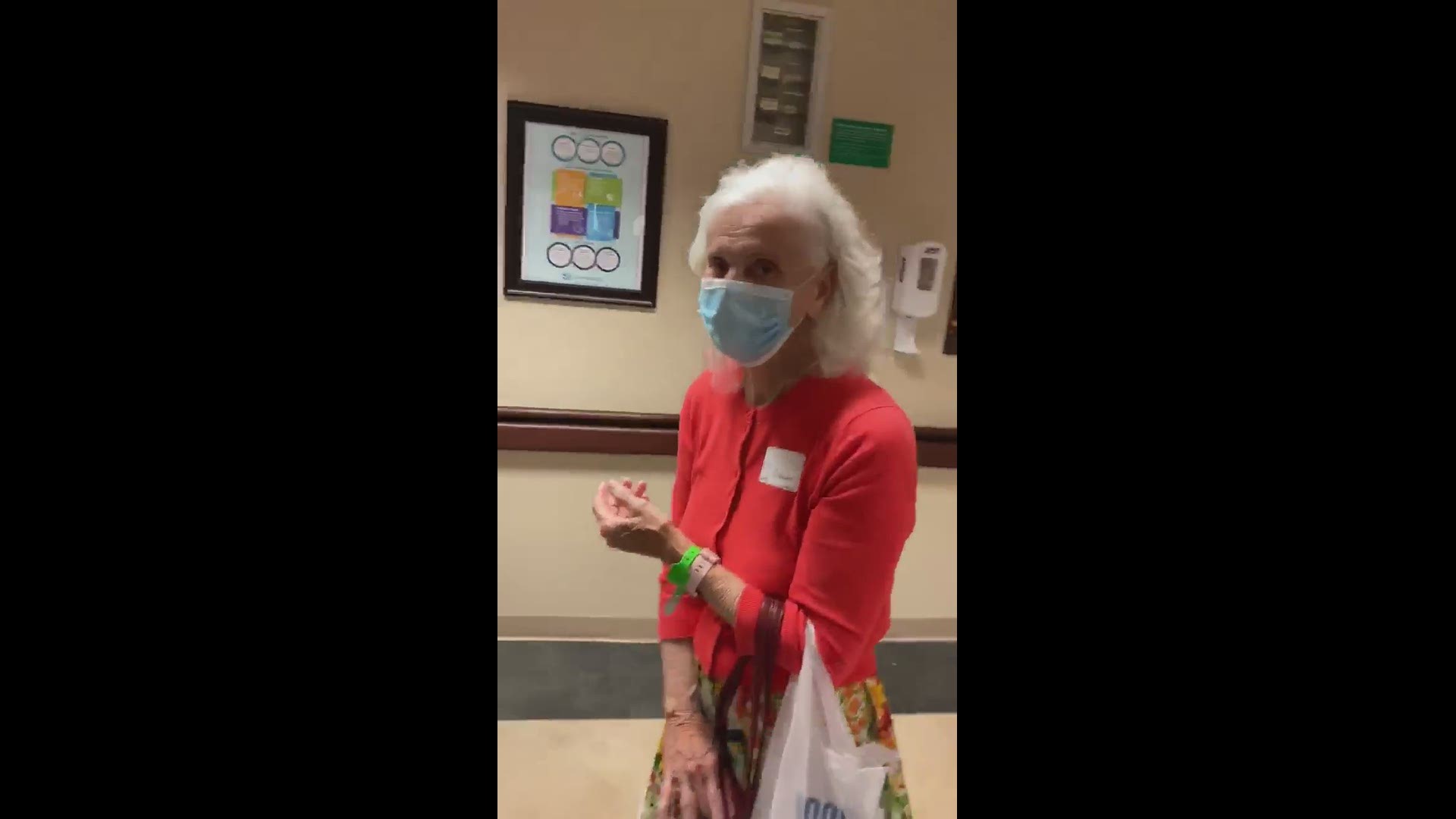 Thursday, at the house, things were different. Ronnie was is in a wheelchair so their church family built a ramp.

"I don't feel sick, just weak. I lost 58 pounds while I was in there," Coltrane said of the toll the virus took on his body.

He knows it could have been much different. Another church member died of the virus. He said his faith has been renewed by his illness.

"[God] had a reason for me being sick," Coltrane said. "I'm going to start telling everybody I see about the Lord."