Police are now trying to track down who's responsible. 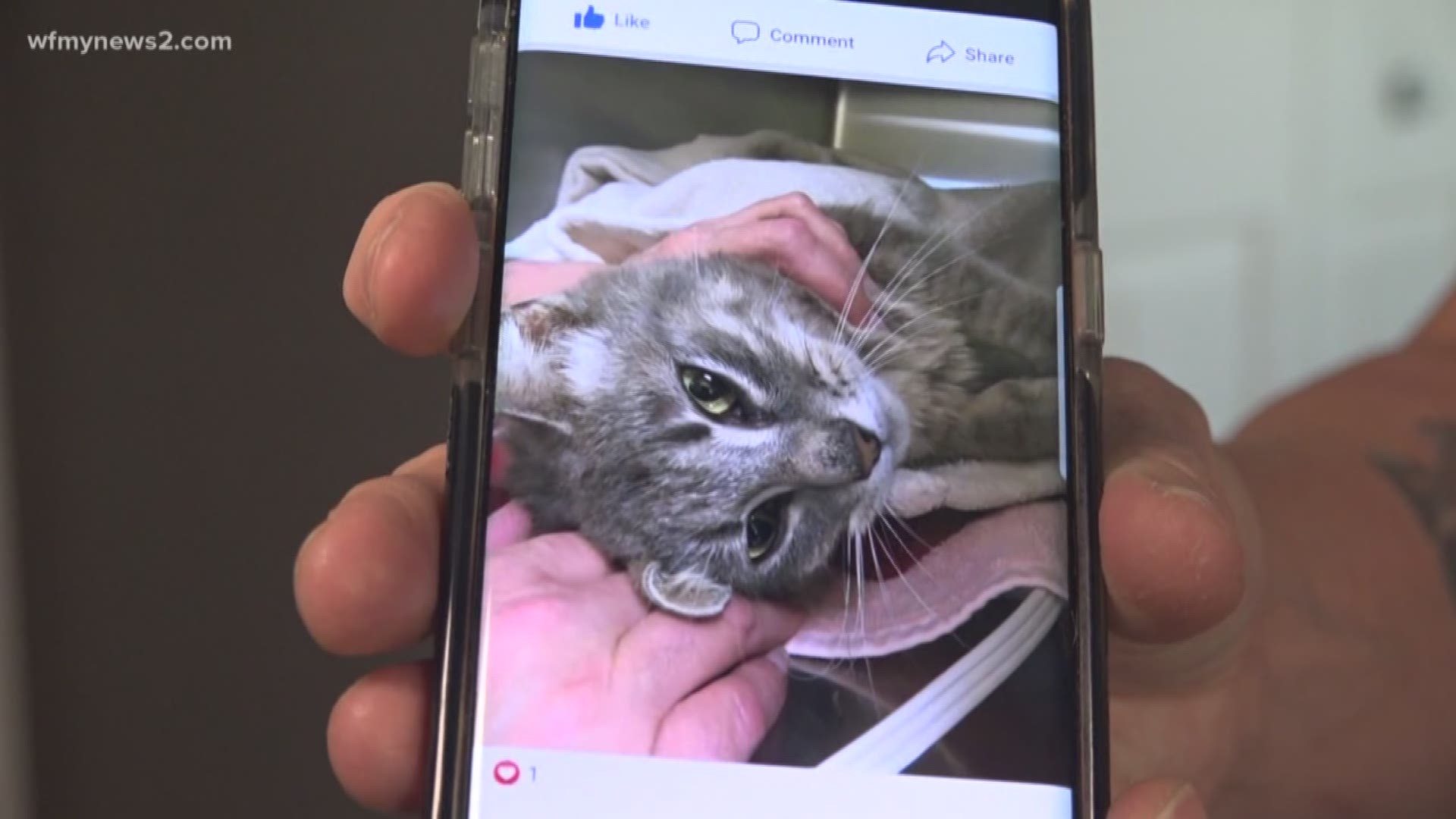 Amy Johnson says she found a severely burned cat in some brush near her Asheboro home on Oakdale Street May 12th.

"It was horrifying because she smelled very bad because she was becoming necrotic. Her tissue was dying," Johnson said.

Johnson took the cat now called "Cinderella" to a veterinarian who said it had third degree burns.

Dr. Sheets who is treating Cinderella says it looked like someone poured a flammable liquid on the cat before setting it on fire. It left an image Johnson says she'll never forget.

"When I first saw her, there was a piece of skin on her side that you could look through and see the ground," Johnson said.

She hopes the person responsible is brought to justice.

"Somebody that picks on the weakest of the living, being pets, that can't talk for themselves, they'll progress and maybe they might go a step above," she said.

Cinderella is home for the time being. Dr. Sheets says she'll have to undergo extensive surgery but Johnson says she's hopeful.

Neighbors are coming together to make sure Cinderella gets the care she needs.

A newly created fundraiser already has close to $2,000.

In addition, Johnson says someone has already come forward saying they are willing to adopt her.

If you'd like to contribute to medical bill there are a few ways to do so.