'It's Disgusting' | 9 Months Later, The Greensboro Rotten Egg Stench is Back?

Back in October, we linked the stench to contractors digging up organic sludge at the old Cone Mill White Oak Plant, but this time, it's a mystery. 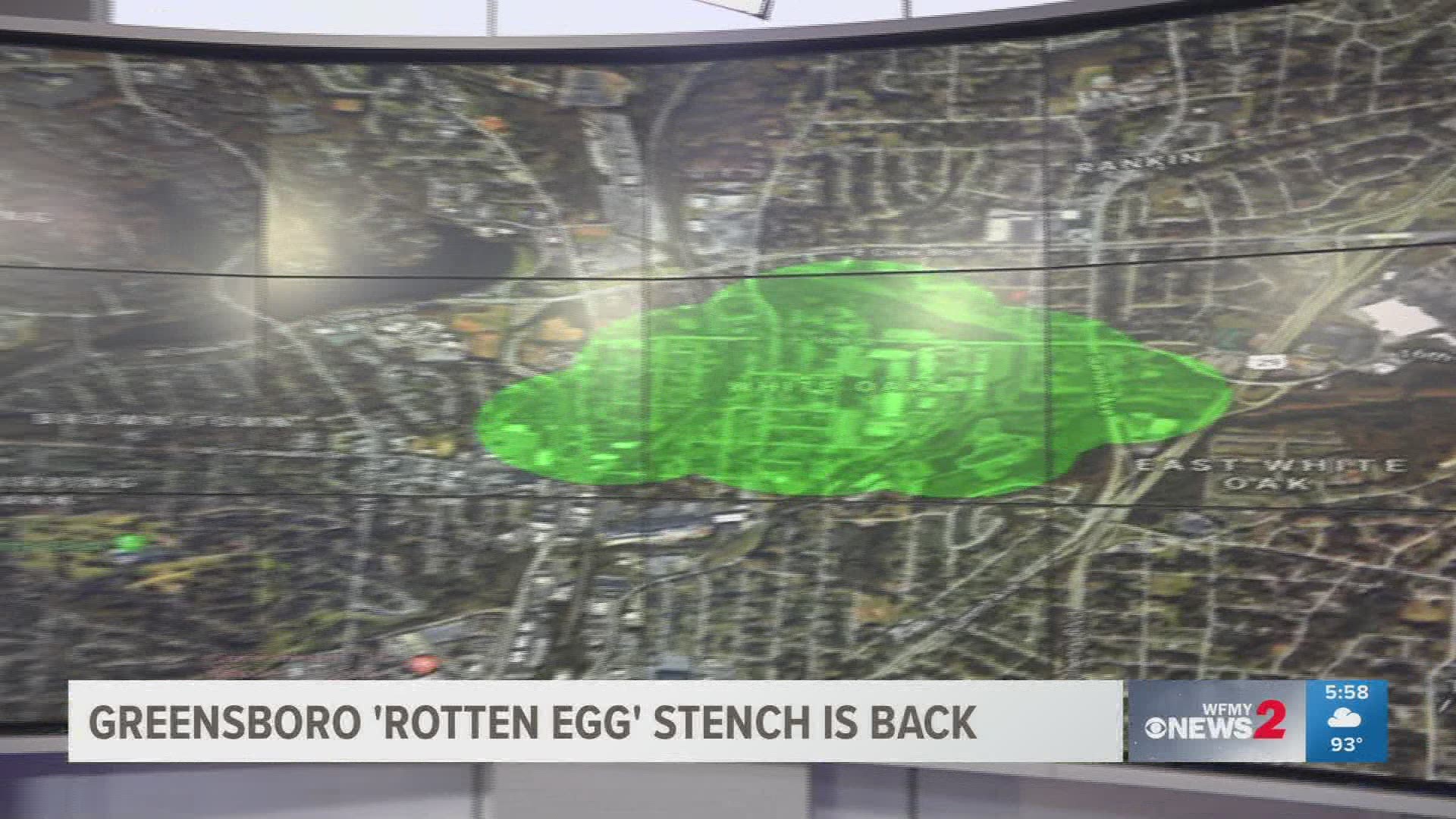 GREENSBORO, N.C. — Back in October, WFMY News 2 investigated a rotten egg stench lingering all over the City of Greensboro, and we uncovered the source.

At that time, the smell was linked to contractors digging up organic sludge at the old Cone Mill White Oak Plant, and turning it into fertilizer.

Fast forward to now, and apparently, the stench is back.

"It's disgusting, it really stinks like manure," one Greensboro man said Tuesday.

"Like rotten eggs that have been rotting for a while, it stinks," another said. "It's around Yanceyville and the Pyramids Village Walmart."

Some are saying the smell is now creeping into their homes.

"Just smelly, and I could smell it coming through my house in my living room and then when I stepped outside to take the trash out I can smell it through the air and everything," a woman said with a look of disgust.

But this time around, we don't know what the root cause is.

1. The City of Greensboro

The City of Greensboro said its contact center hasn't received any calls about the smell, and it's nothing the city is involved in.

The Greensboro Fire Department said a few of their firefighters drove the area of concern, and didn't smell anything. Additionally, GFD says they have not issued any recent permits to contractors for digging, which was the source of the smell in October.

We've gotten many calls, emails, and had face-to-face interactions with viewers who say the smelly area is around 16th Street/Fairview Street (right by the old Cone Mill White Oak Plant) and Yanceyville/Summit Avenue.

"It just smells very unpleasant," one woman gassing up on Summit Avenue said.

Both the City of Greensboro and the NC Department of Environmental Quality say they've gotten no complaints about the stench, and they can't investigate until they get reports.