The drawing for the record-smashing Mega Millions jackpot is Friday night – at $1 billion dollars. It's biggest Mega Millions prize ever, by a huge margin. 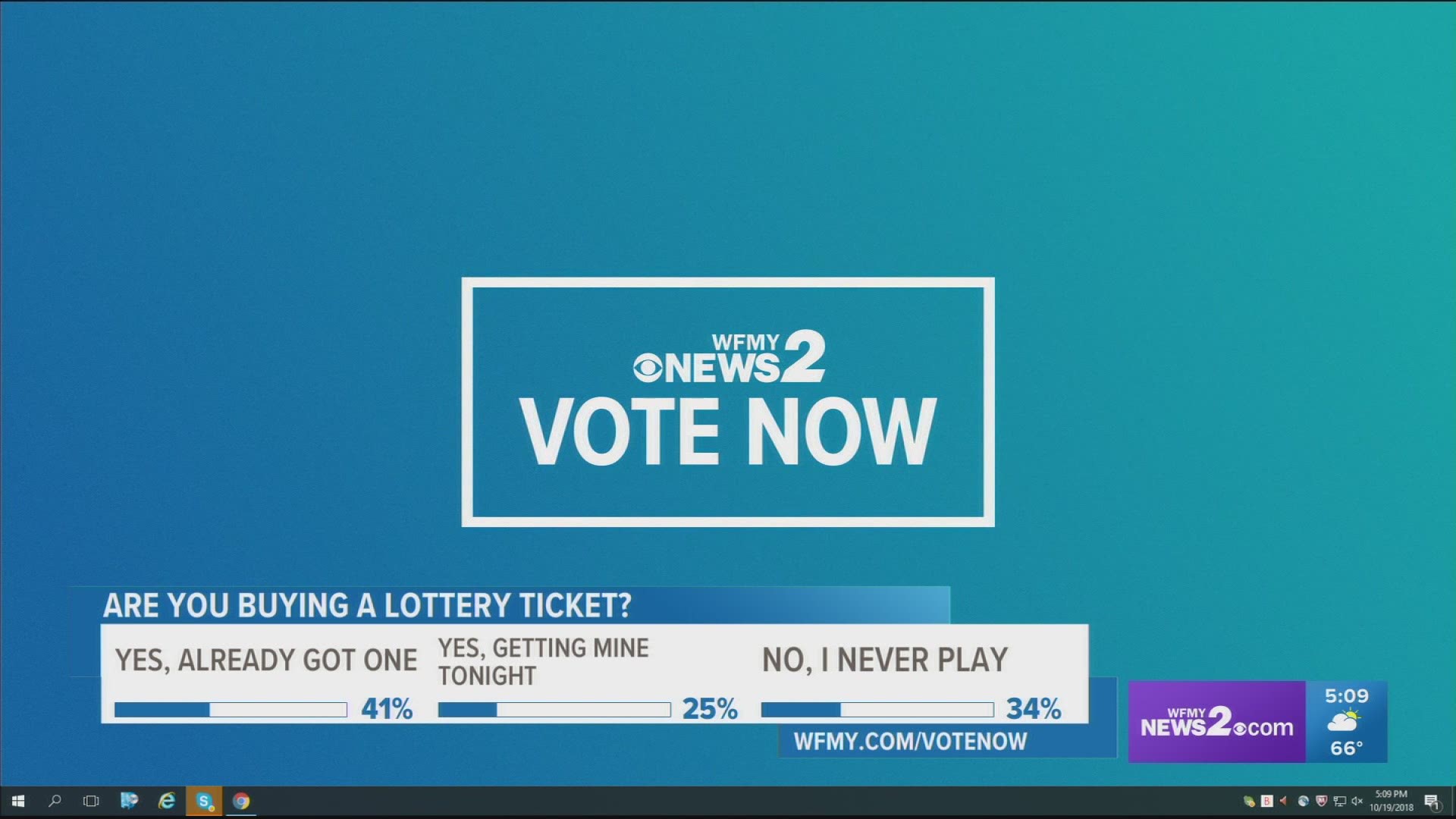 SEAGROVE, N.C. - The drawing for the record-smashing Mega Millions jackpot is Friday night – at $1 billion dollars. It's biggest Mega Millions prize ever, by a huge margin.

For those with a ticket in hand, the chances of taking home the money are slim. The odds of winning this jackpot are 1 in over 300-million. Even winning a few thousand on some of the smaller games is tough.

But is there a strategy to playing the lottery? Well, it depends who you ask.

Right off North Carolina's Pottery Highway in Seagrove, sits Phil Morgan's shop. For the last 45 years, he's had a method to creating his pottery: control what you can - then, take a chance, risk it all.

“You never know what it's going to turn out like,” he said, “I mean it's a surprise every time. You think you've done everything a certain way. Then one minute in time, or one degree in temperature will change the outcome of the whole thing.”

He says, this is especially true with the glaze he uses on the pottery – which, while baking in the kiln, creates a snowflake-like crystal effect on the surface. Those crystal designs make his pottery well-known, outside of the Seagrove area.

Since 2006, Morgan has applied that same philosophy, of control and chance, to playing the lottery.

“It’s not luck. I tell people that if you give a monkey a rock and he throws it enough times he'll break a window with it,” he said, “The method with the lottery is – I play the same numbers, day after day.”

Morgan plays birth dates of people close to him, and he wins a lot, in games like Pick 3 and Pick 4. The last time was a month ago.

So how many times has he won? He says, too many to keep track - but overall, he's likely raked in hundreds of thousands of dollars.

“What you have to understand is I’ve never won big, I’ve just won often,” he said.

To pick up a prize from the state's Education Lottery Headquarters in Raleigh, it has to be more than 100,000 dollars on one ticket. Phil has yet to claim a prize there.

“That’s my next goal, because I’ve never had to go,” he said.

This week, he bought his Mega Millions ticket, knowing his chances are slim, but for a few bucks, it's worth it.

Control what you can. Take a risk. Maybe, you'll win it all.