Trooper Chris Justice was injured when a Greyhound bus slammed into his SUV while he was sitting inside the vehicle during a crash investigation. 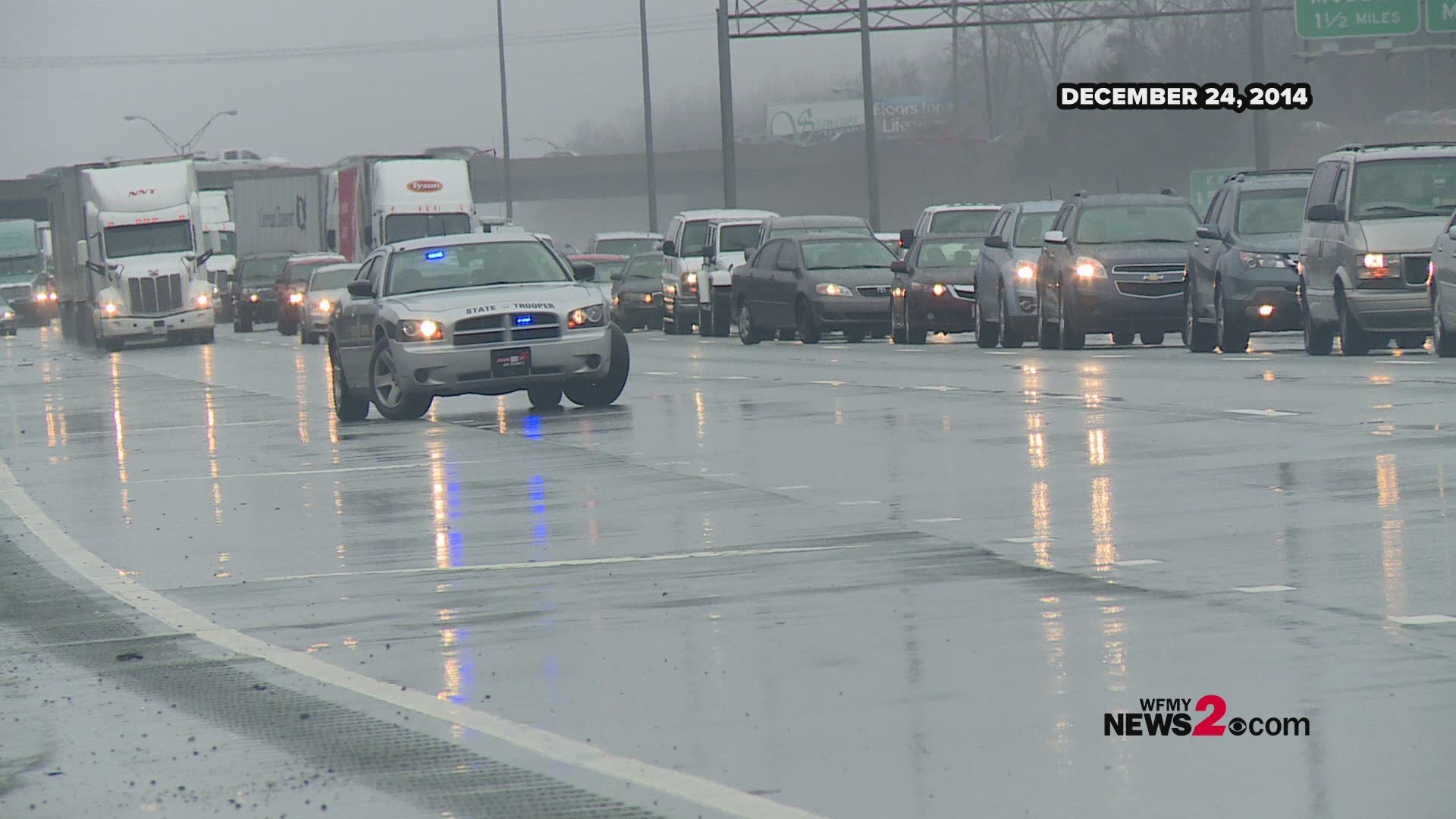 NEW BERN, N.C. — A federal jury has awarded $7 million in damages to a North Carolina trooper and his wife for when a passenger bus plowed into the trooper's SUV as he responded to an I-40/I-85 crash on Christmas Eve 2014.

Credit: WFMY
A trooper with the NC State Highway Patrol (NCSHP) was injured and a High Point woman was killed in an accident on I-85/40 East in Alamance County after Greyhound bus slammed into the trooper's SUV on Dec. 24, 2014.

There were 40 people on the bus during the crash that happened the morning of Dec. 24, 2014. The wreck happened on I-40/I-85 in Alamance County, at the Tanger Outlets near the Orange County line.

The trooper was injured when a Greyhound bus slammed into his SUV while he was sitting inside the vehicle at mile marker 155.

Trooper Justice was blocking traffic while crews were investigating another wreck at the next exit.

Tiffany Jennings, a 33-year-old High Point woman died in the crash that was being investigated.

Greyhound had denied negligence, arguing the Highway Patrol shared responsibility for what happened. Court documents showed no negligence on the part of the North Carolina State Highway Patrol.