The Sunday press conference was held at the Court Square in Graham.

Rev.Greg Drumwright and local organizers with 'Justice 4 The Next Generation held a press conference Sunday, at 1 p.m. in the Court Square of Graham, NC.

The reason for the press conference was to address the charges filed against Drumwright and two others by the Alamance County Sheriff's Office. Local organizers and activists were also in attendance to announce the Ready 4 Change Peace Protest for Criminal Justice Reform.

The Protest was announced for November 29 at the Sunday afternoon protest.

Drumwright along with associates Brenden Jamar Kee and Samuel Pierre, were charged as a result of their involvement in an altercation resulting in the injury of a deputy, the Alamance County Sherriff's Office said in a November 19 release.

Deputies said the altercation began while they were investigating a report of a person who entered the crowd on the Historic Courthouse grounds on Oct. 31 with a gasoline can.

According to deputies, they discovered the presence of a running gas powered generator in a wagon made of fabric, also on the Historic Courthouse grounds. The generator was strictly prohibited and known to be so by Drumwright, deputies said.

The release stated that after reviewing additional video taken of the altercation and consulting with the Alamance County District Attorney, warrants against the three were taken out on Wednesday, November 18, 2020.

Deputies said all three defendants were previously charged on October 31st with Misdemeanor Fail to Disperse on Command.

You can view Sunday’s full Justice 4 the Next Generation press conference by clicking here. 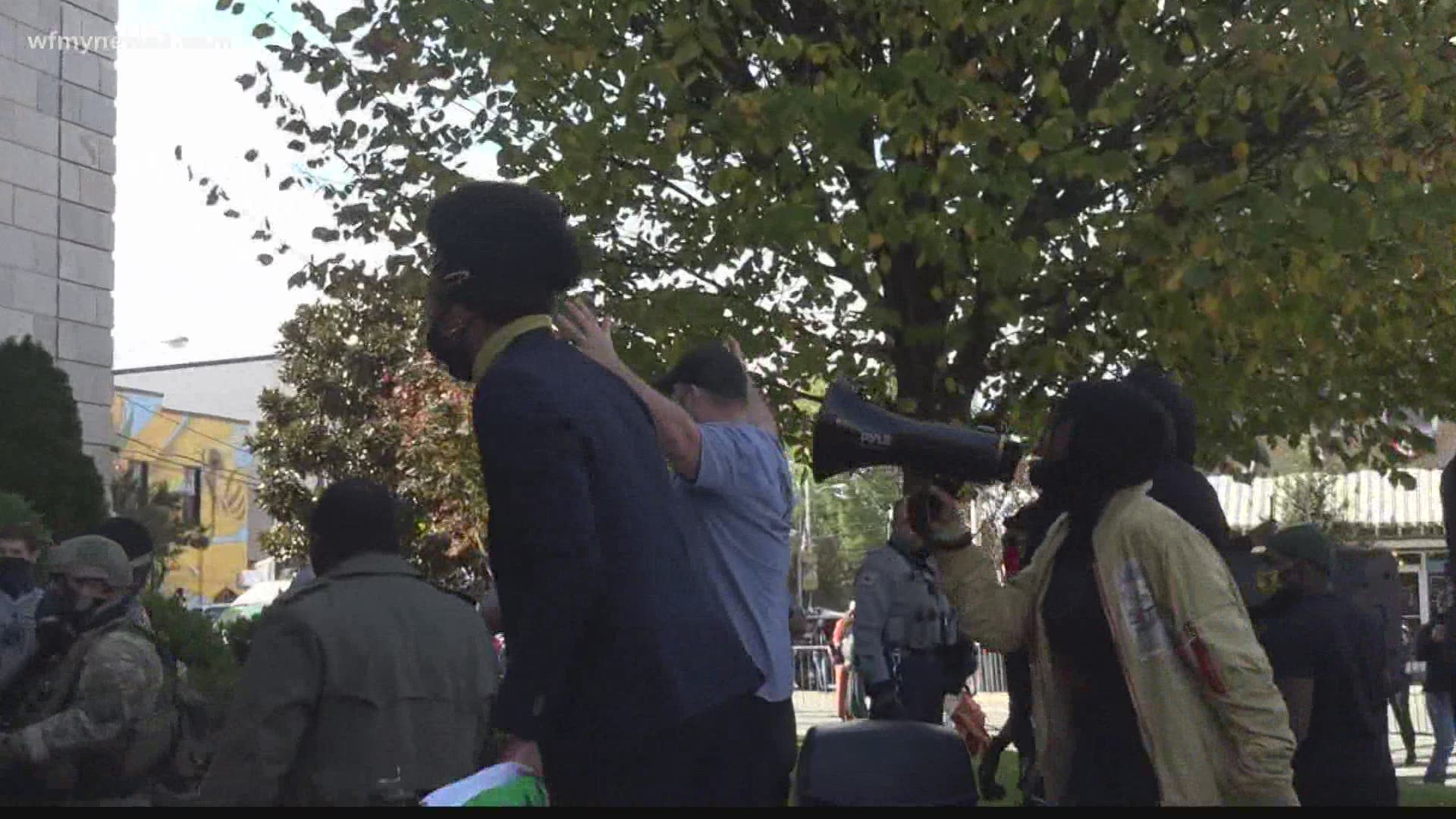