Molly went missing after Forsyth County Sheriff's deputies tried to intervene when a person in the home self-barricaded inside. 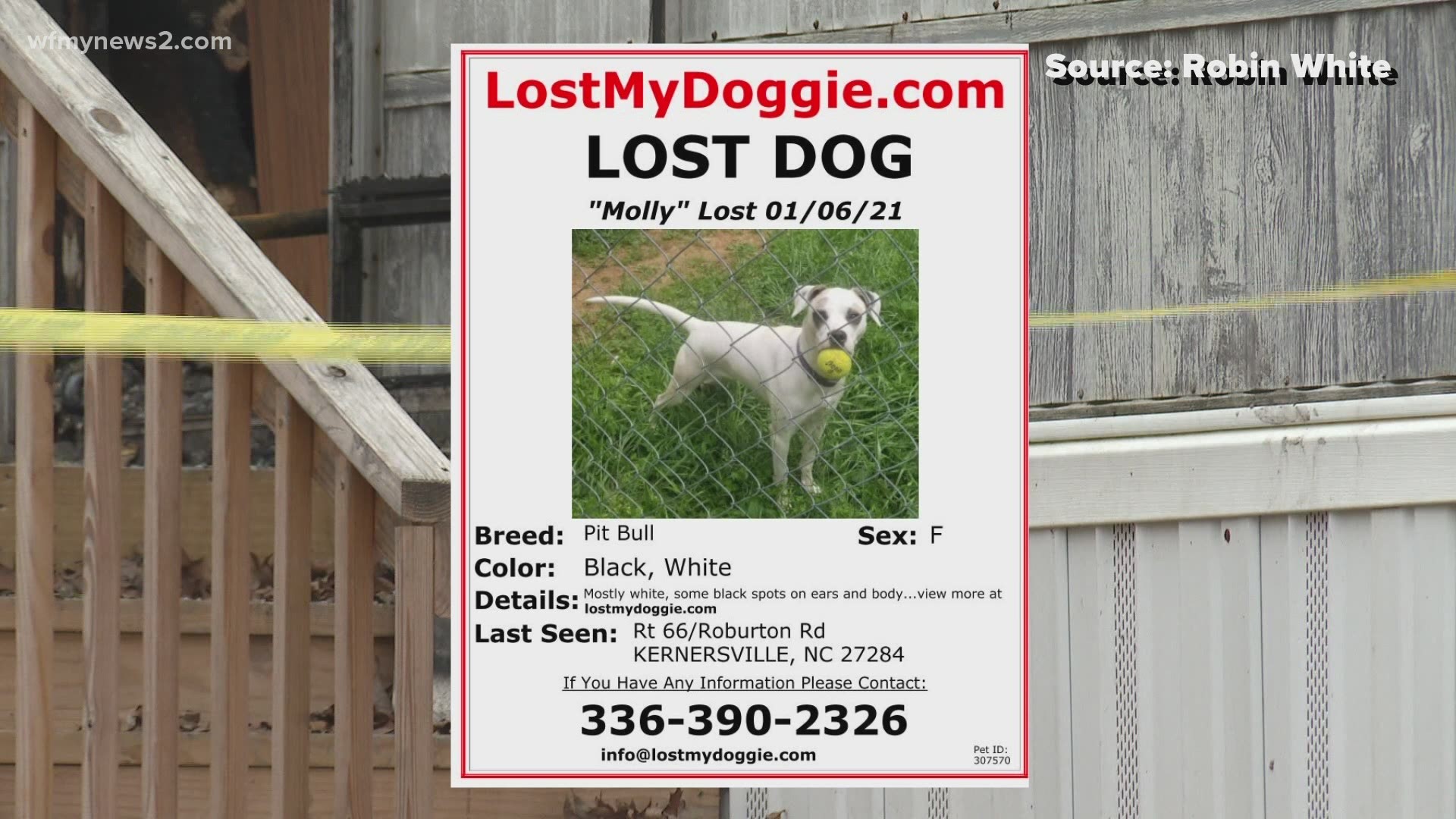 KERNERSVILLE, N.C. — What started out as a domestic violence call spiraled into a string of more unfortunate events for one Forysth County woman. Robin White said she is without a home and her dog is missing after a fire on Jan. 6.

"Molly is my baby, I don't have any children, but she is my baby," Robin White of Kernersville said.

White lost her home on Ruberton Road during a domestic disturbance and her dog Molly ran off.

The 2-year-old solid white Pointer mix hound with 2 black circles around her eyes, and brownish ears, hasn't been seen in about a week.

White said her home caught fire and her dog Molly went missing after Forsyth County sheriff's deputies tried to intervene when a person in the home self-barricaded inside.

"They were sending in the flash bombs, the flash grenades. They finally threw in one flash grenade that went to my guest bedroom as soon as that thing was launched into my window, the flames started," White said.

The cause of the fire is still under investigation by the Forsyth County Fire Marshall.

Forsyth County Sheriff's office arrested Dewayne White, 49, and charged him with assault on a female. Authorities said he was White's husband.

"We did serve a warrant of arrest to Mr. White. He barricaded himself inside the home and began making threats. He disclosed he had weapons. Given the totality of the situation, we chose to utilize a de-escalation tactic that preserved the safety and lives of the many individuals on scene," said Forsyth County Sheriff's spokesperson Christina Howell in a statement.

White said her normally friendly and playful dog Molly was in the home at the time and took off in fear.

"When she ran out of the house, she was just in a blind run. Losing the house hurts, but losing Molly is major, that's the part I'm having the hardest time with," she said.

White is asking anyone who sees her dog to call 336-390-2326 which is the number on the flyer, reach out to her on social media or on Lostdoggie.com

"She's what I'm missing right now it will mean everything to me to get her back again," White concluded. 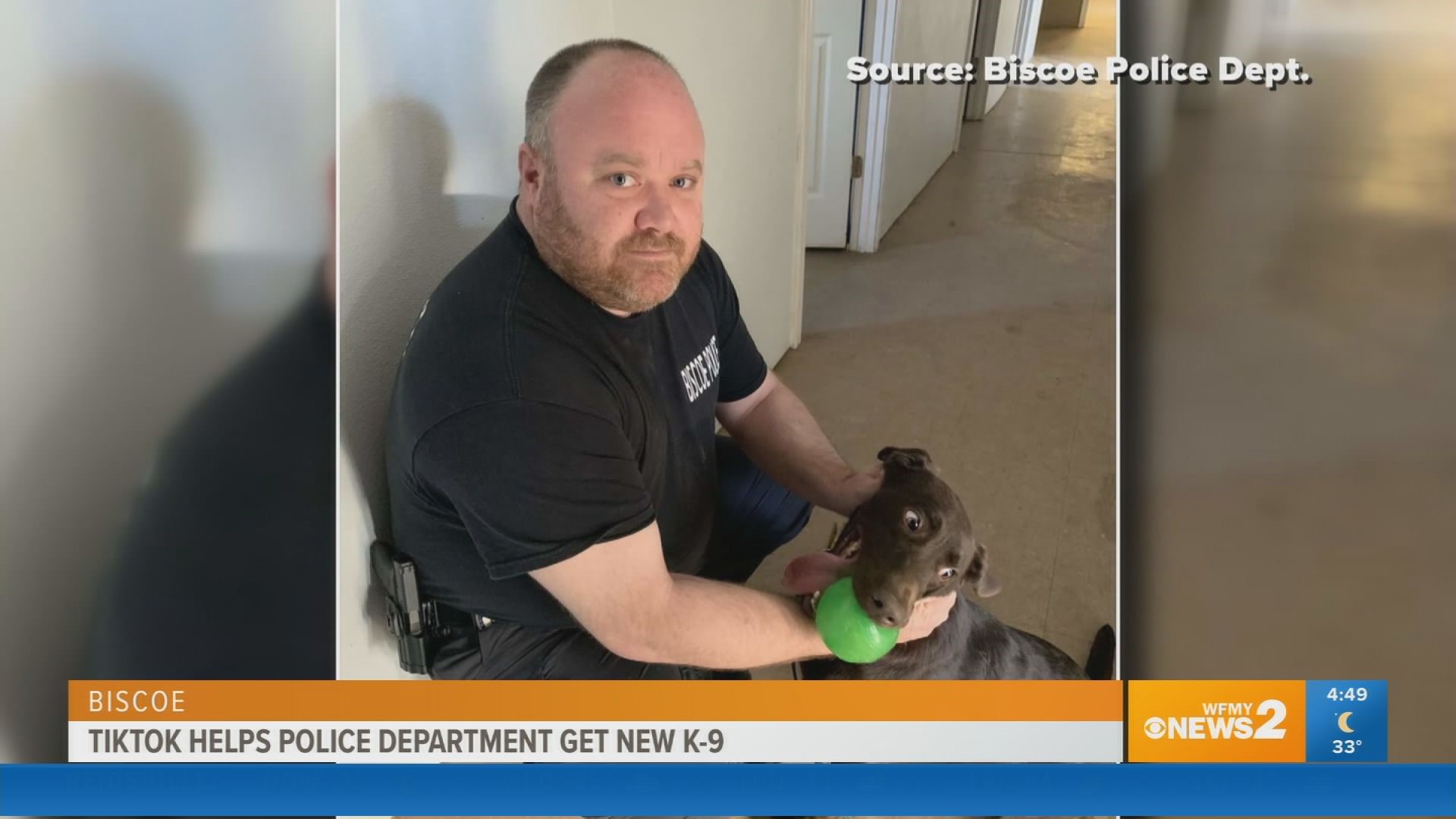