Kindness is the lasting impact of the 2018 tornado despite its devastation, volunteers and survivors said.

The twister which was on the ground for 33 miles and 39 minutes destroyed homes, schools, and businesses in its path on April 15, 2018. 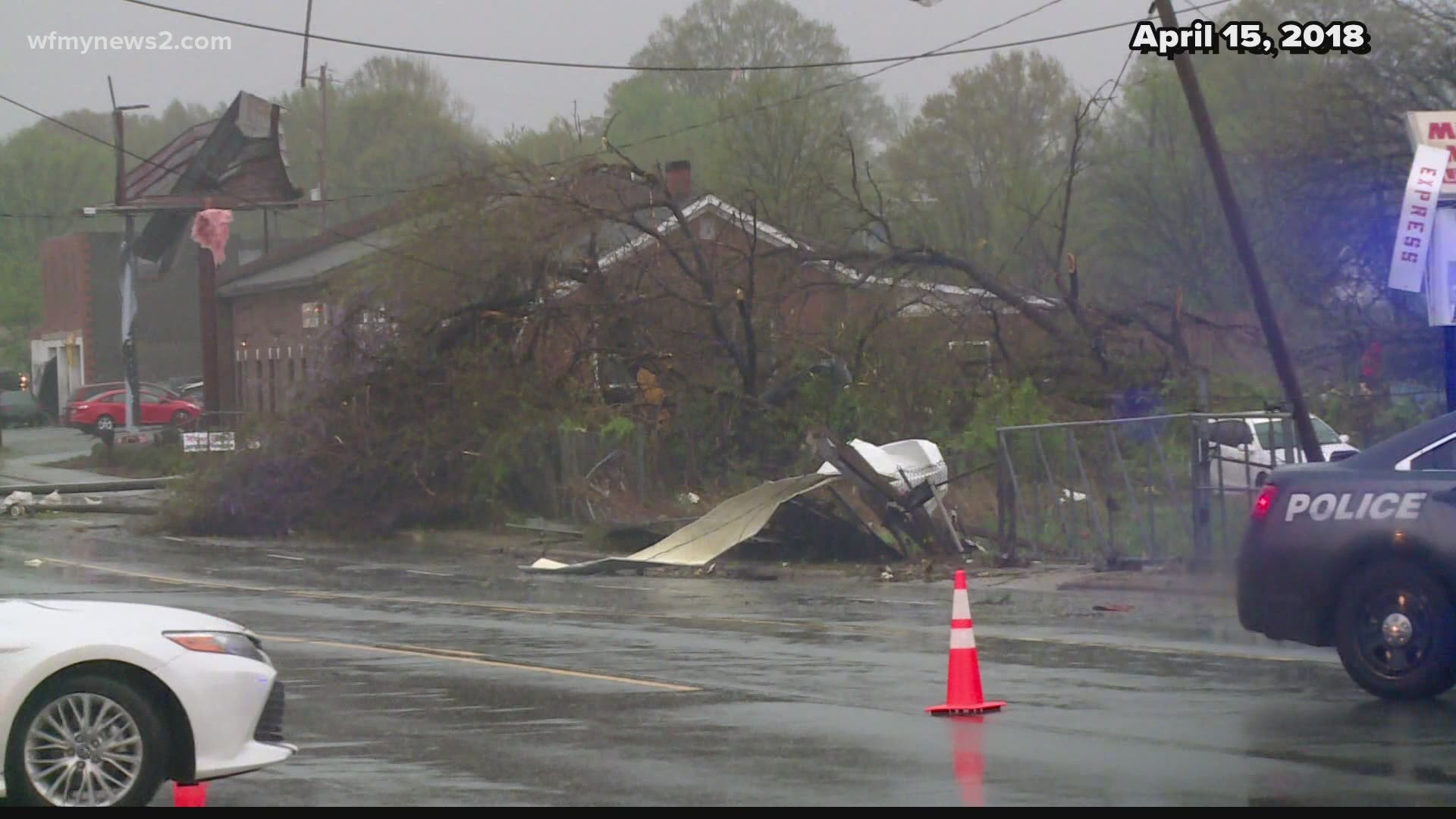 GREENSBORO, N.C. — The date April 15, 2018, is one many in the Triad would never forget. It was the day, three years ago that a tornado ripped through East Greensboro and continued into Rockingham county.

The twister which was on the ground for 33 miles and 39 minutes destroyed homes, schools, and businesses in its path. One person died that day as the severe storm approached and lives were uprooted in its aftermath.

"At my grandparents' house, it hit the whole back wood and tore everything up," said Porsha Tay Goble of Greensboro.

Goble said her grandparents' home was spared of any severe damage but they were devastated by the look of other people's homes.

"Oh, God! It was trees, poles, and houses and broken glass and debris everywhere. It was something like I've never seen before it was really scary it was very tragic and it was truly a sight to see," she said.

While most homes have been repaired, others are still a work in progress and many in the community say their neighbors showed up in a time of need.

The community jumped into action and helped clean up, donated funds, relief items, and time. More than $800,000 was raised through the Greensboro Strong Initiative,  $1 million came from the state, and $1.2 Million from FEMA.

Goble was one of those people who geared up and trooped to the disaster zone to help out.

"It was such a blessing to be able to go out into the community and help and contribute our time," Goble said.

The Refuge Church on Bessemer Avenue was one of many structures brought to ruins by the tornado. 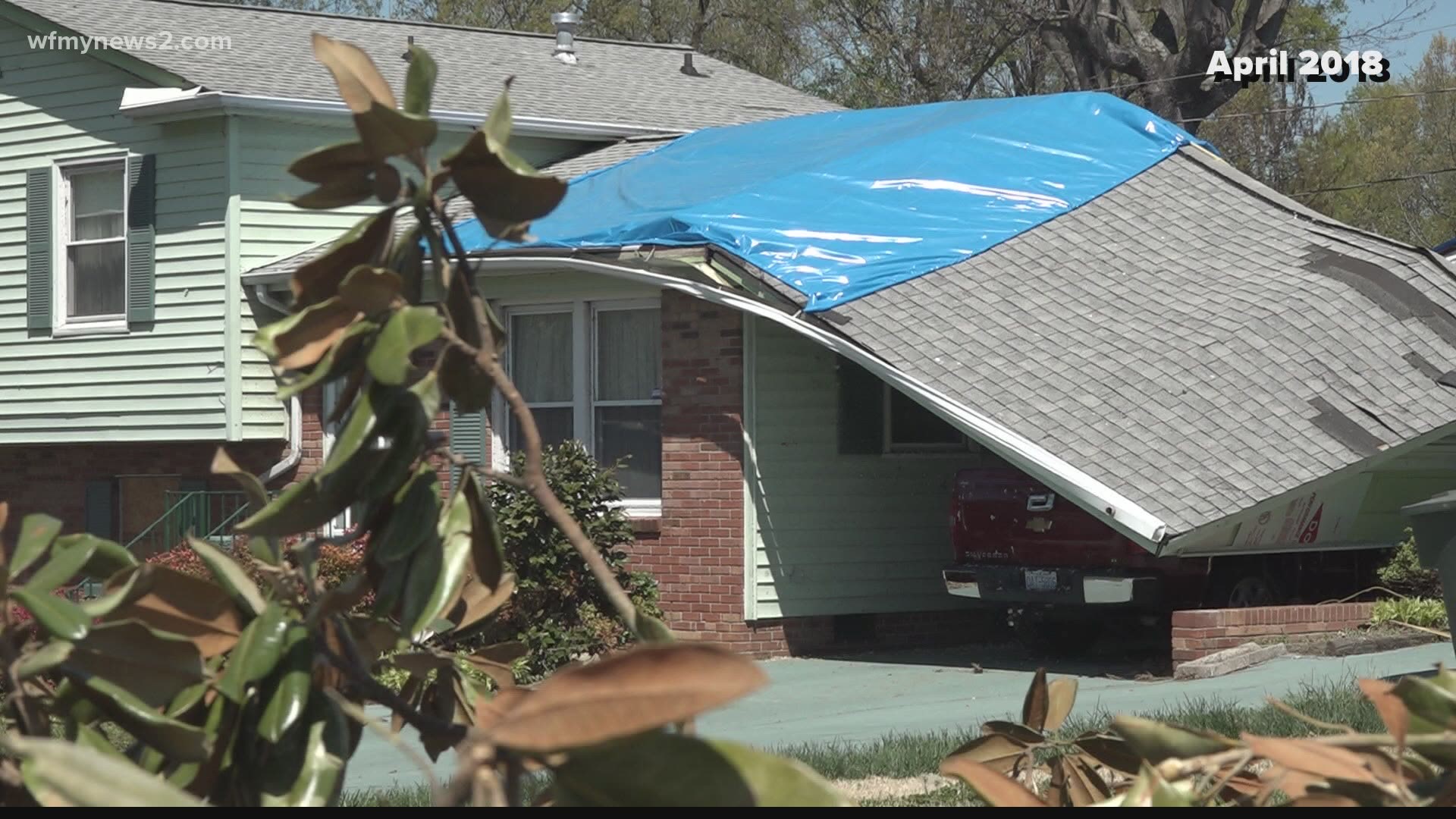 "Immediately once our building was hit by the tornado we relied on the partners in the community like Purpose House, a church that allowed us to come in and worship there in the afternoons," said Camry Wilborne of The Refuge Church.

"We've had volunteers that come and help with our landscaping so definitely we would not have been in the position that we are in without folks coming together," said Wilborne.

The church has now been restored and is back in operation with a fresh coat of white paint. It recently opened its doors for its first Easter service since the Tornado. But everything was able to be replaced because of how severely damaged they were.

"Just look around the neighborhood in East Greensboro some of it hasn't been restored and it's been three years," said Wilborne.

City leaders said to date the community and multiple agencies have repaired 53 homes, relocated 174 families, provided 161 rental/mortgage assistance, and paid insurance deductibles for 74. They have also rebuilt three homes, and are rebuilding two with plans to build more.