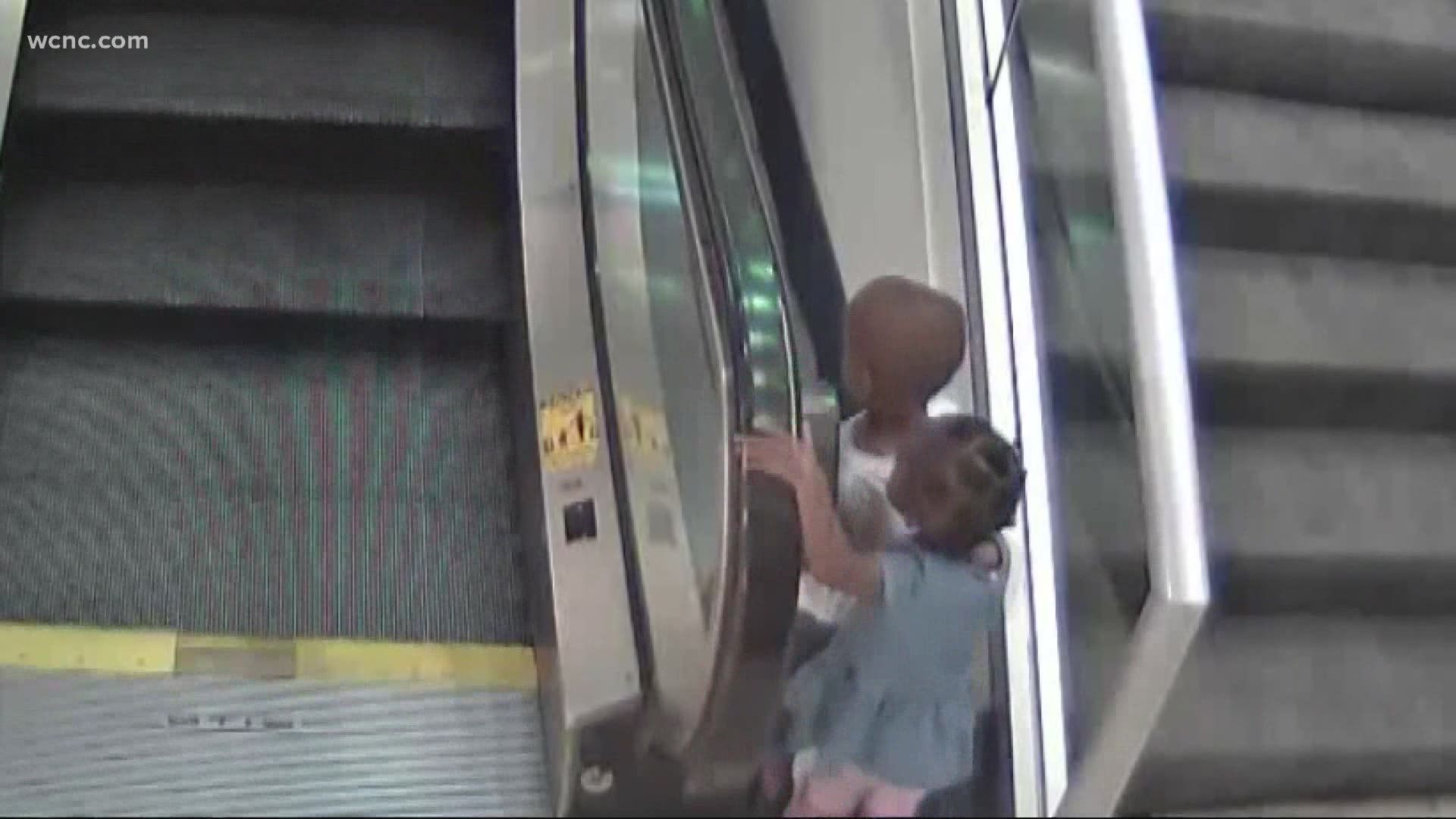 CHARLOTTE, N.C. — A year after a 3-year-old fell to his death from an airport escalator, the escalator company and the City of Charlotte are now accusing the boy's mother of maliciously trying to hurt him, according to newly filed civil court records.

Jaiden Cowart's family filed a lawsuit against the city and escalator company earlier this year, claiming negligence. Those defendants added Cowart's mother's name to the lawsuit this month.

"...Jiterria Ravon Lightner's failure to supervise and intervene to prevent Jaiden Cowart from playing on the escalator was the proximate cause or a proximate cause of Jaiden Cowart's fall and injuries," the third-party complaint alleges. "The above-alleged conduct by...Lightner was purposeful, deliberate and knowing, without just cause or justification, and was reasonably calculated to injure Jaiden Cowart and was willful and malicious."

Prosecutors dismissed criminal abuse and neglect charges against Lightner earlier this year, citing insufficient evidence. However, they called her lack of obvious intervention while her children played on an airport escalator and stairwell for more than an hour "of significant concern."

The family's attorney Michael Greene said it's unfair the mother now has to defend herself again.

Greene said the timing of the court action, filed October 2, is especially challenging. September 28 marked a year since the boy's death.

"The family, and specifically Jiterria, are devasted by these unbridled accusations and are disgusted by the suggestion that this devoted mother would do anything to intentionally harm her children," he said.

Greene said Lightner gave birth to another boy in August.

"She named him Samir Jaiden Cowart after her deceased child," Greene said.

The video of Jaiden Cowart's fatal fall is heartbreaking to watch. Airport video showed the moving railing pulled Cowart to the top where he fell to his to death following an hour's worth of uninterrupted play on an airport escalator and nearby staircase.

From the start, Greene's attorney has maintained Lightner was nearby trying to arrange a ride at the time. He's also raised concerns about the lack of a barrier to block access to the open space between the escalator and stairwell in question

In court filings, the city and escalator company have denied any negligence on their parts.

RELATED: 'This missed being a murder by about a millimeter' | Video shows moments after man was shot while handcuffed in Cramerton Police car