WSFCS Recalls 20,000 Chromebooks After One Causes Evacuation At Lewisville Elementary

The school system says a Lewisville Elementary student reported the laptop began to feel hot and started smoking. No one was hurt. 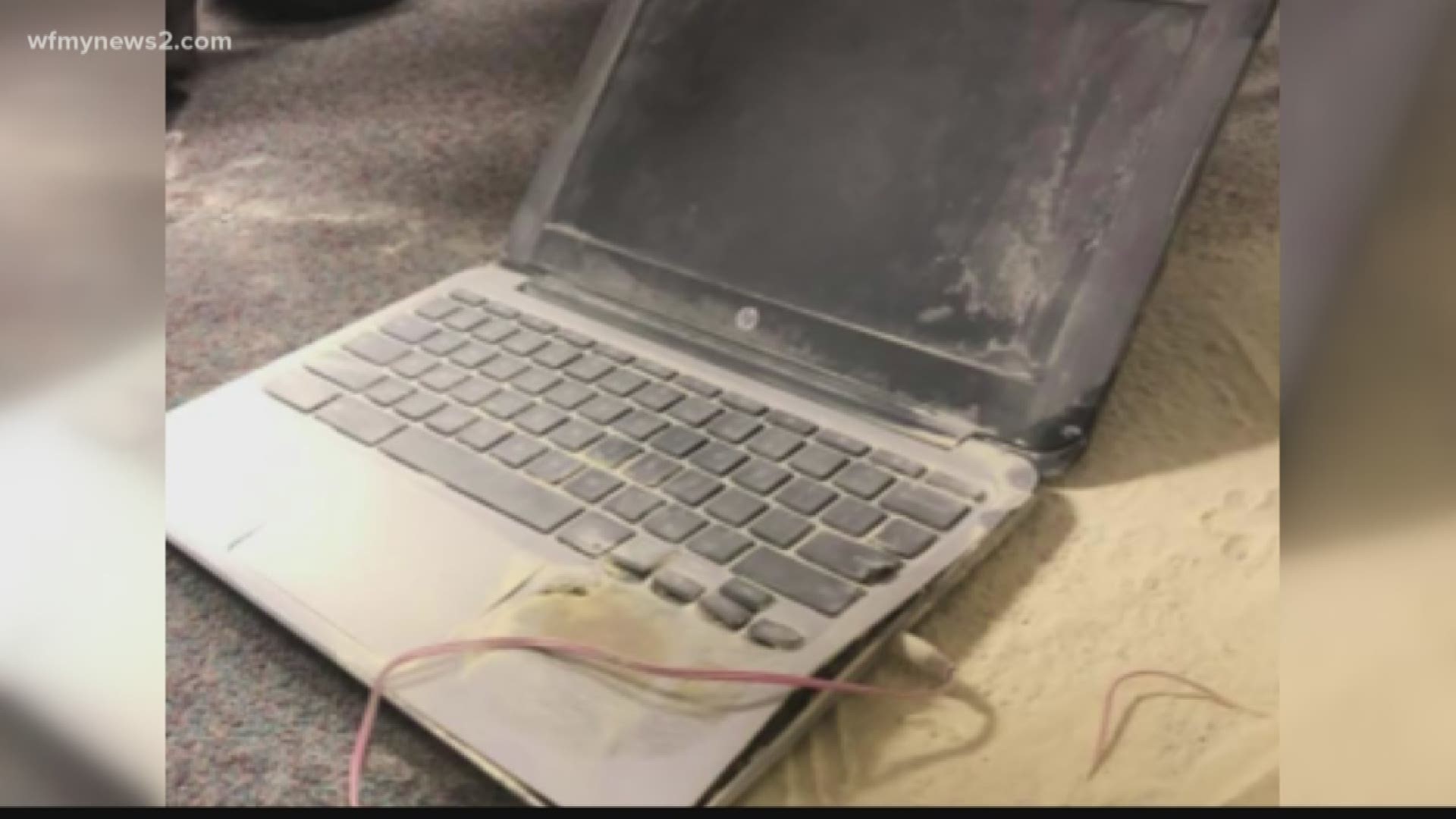 LEWISVILLE, N.C. — Winston-Salem Forsyth County Schools officials say they are pulling all 20,000 2015 model Chromebooks from use after one of the laptops began to smolder while a student was using it.

The incident happened Wednesday morning around 9:45 am at Lewisville Elementary School. The student brought it to teacher's attention. Teachers immediately activated an evacuation plan.

WSFCS officials say the device was getting hot and was smoking a little bit.

All 600 students were safely evacuated. Fire officials responded to the incident and a fire extinguisher was used to put out the smoldering.

Officials say no one was injured. They say the laptop that overheated was a 2015 model.

Student's Chromebook Starts Smoking While in Use at School

This is a developing situation. Follow us on-air and online for the latest developments.