'It's not what we stand for as a city:' Lexington Mayor wants to relocate Confederate statue

City council drafted a resolution to move the statue, but Lexington leaders would need to work with Davidson County Commissioners to make any change. 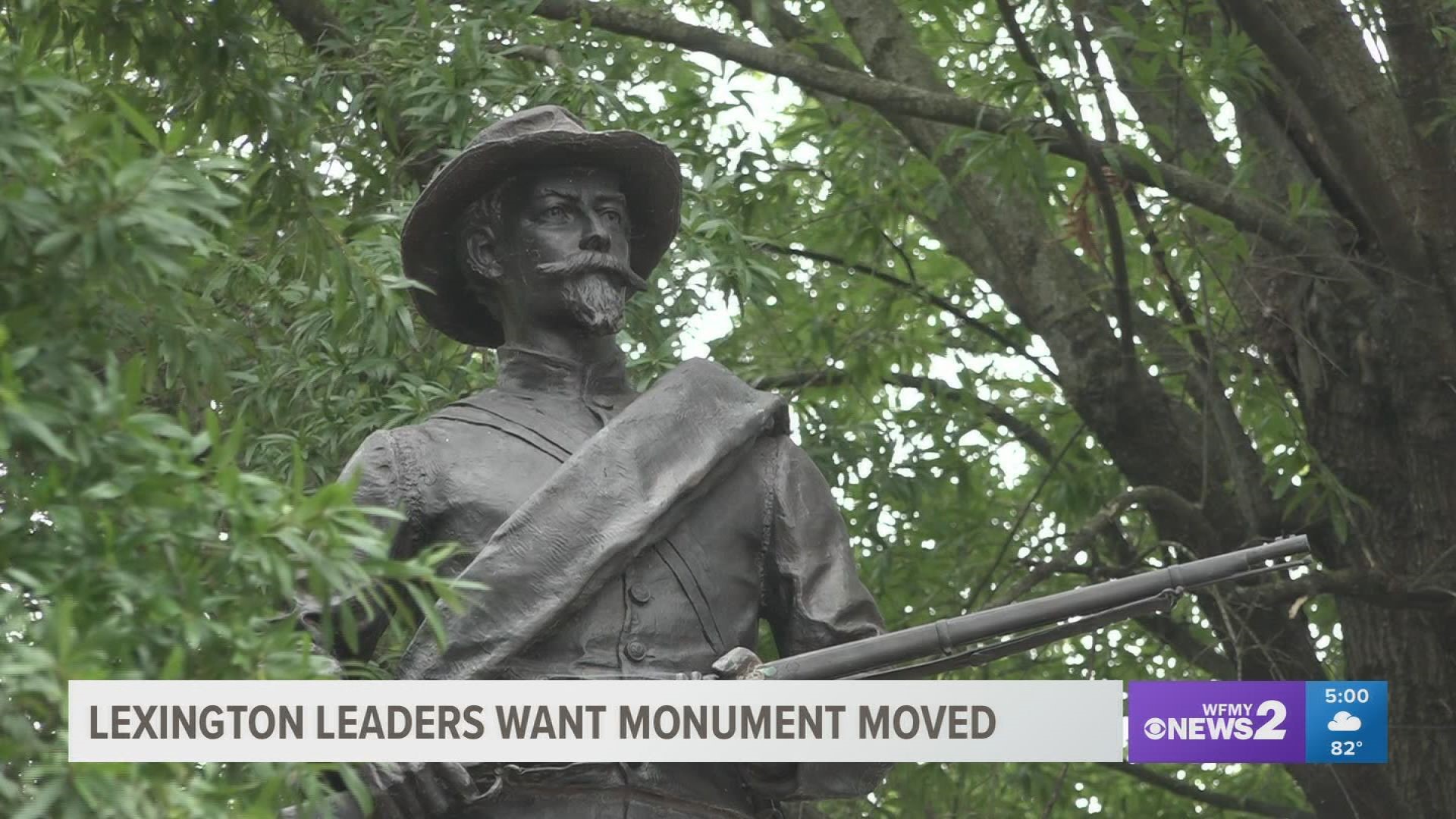 LEXINGTON, N.C. — A bronze Confederate soldier has stood guard over Lexington's Main Street for 115 years, but city leaders are calling for it to be relocated.

"When you drive into our city square, that should not be the most prominent thing that you see," said Lexington Mayor Newell Clark.

The Confederate statue sits opposite the Old Davidson County Courthouse among other war memorials in the square, but it stands taller and is more noticeable than the others.

Mayor Clark said the city redesigned its logo and other symbols in recent years not to include the monument. Moving the statue would be the next step.

"It's right in the center of our community and I think that's not what we stand for as a city of unity today," said Clark.

City Council drafted a resolution to relocate the monument and the mayor believes it could pass unanimously at the next meeting but it's not that simple.

Davidson County owns the property the monument sits on and Clark hopes one of the County Commissioners would request the subject to be placed on their next meeting agenda.

"We are taking our steps to reach out to the commissioners to say can we work together on this," said Clark.

Even that would still be just the beginning because the statue's owner is unclear.

"There's no clear document and that's the struggle communities are having and I think a lot of this is going to have to end up possibly going before a judge and they're gonna have to make that determination," said Clark.

He said the county attorney has determined the monument was built by the Daughters of the Confederacy but there's no record that the ownership was handed over to the city or county after that.

"It's my understanding that there is not a chapter in Lexington or Davidson County, it's no longer. So that's another step," said Clark. "Well, do we go to the state chapter? Who do we go to?"

It's also unclear what the next steps will be if the Davidson County Commission decides to get involved. A 2015 North Carolina law protects Confederate monuments.

The Lexington City Council is set to vote on its resolution to relocate the monument on July 13th.