Guilford County and other schools across the Triad announce make-up days from the record snowstorm. 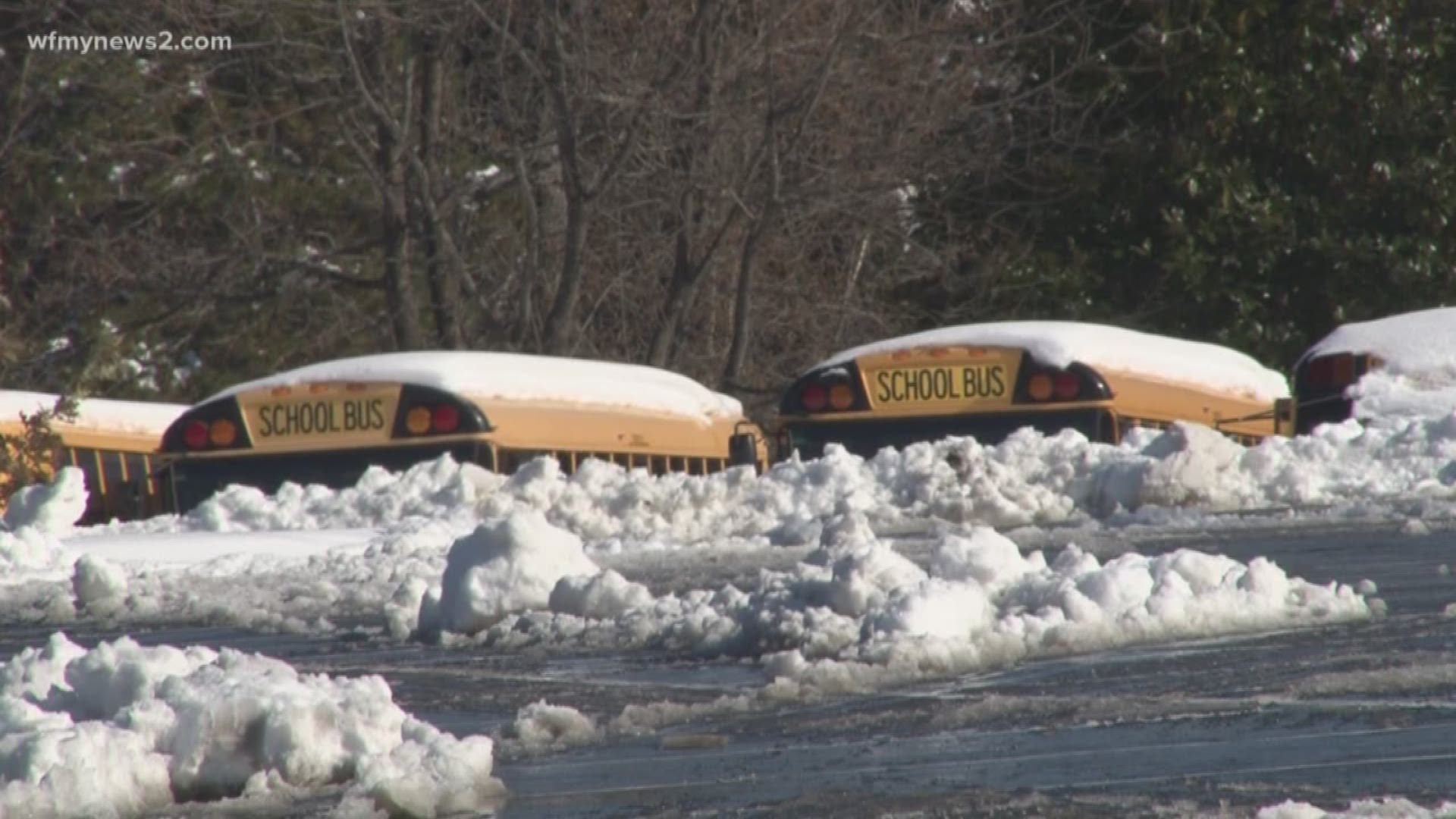 The snow is gone but now it’s time to make-up a week worth of missed school for many districts across the Piedmont-Triad.

WFMY News 2 will update this list as more schools announce their make-up days.

GCS schools that operate under the traditional academic calendar will be in session on the three planned make-up days remaining on the 2018-19 calendar: Feb. 18, March 28 and June 10, 2019.

Of the remaining two days that were missed last week: one will be waived for students, as GCS will still meet the state’s requirement of 1,025 instructional hours per year.

The other day will be made up through the previously announced plan to start each day five minutes earlier, beginning Jan. 3, 2019.

Schools on non-traditional calendars will make up the time according to the designated days marked on their calendars and through the additional five minutes beginning Jan. 3, 2019. Click here to view the calendars.

Schools on the extended-year calendar typically do not make up days until after the fifth missed school day, because of the longer instructional time already built into their calendar. Those four schools will use Feb. 18 and the additional five minutes to make up the missed time from December.

GCS was closed to school staff four out of the five days missed last week. To replace those days and avoid any financial issues for 10-month employees, four annual leave days will become optional workdays: April 24, 25 and 26 and June 12. This will give 10-month employees flexibility in using their leave time and won’t affect students.

The make-up calendar for the 2018-19 school year doesn’t have other make-up days already scheduled. So the Board of Education will determine a make-up day for Friday, Dec. 14 at a later date.

The board also has the option to make changes in any of the scheduled make-up days.

Here is the make-up plan for all traditional and YR school sites. Please note that the make-up schedule includes 3 days previously scheduled as winter break

The A-B Early College will communicate their make-up plan separately.

Traditional (please note 12/19 will be a full day not early release as noted on current calendar):

Thomasville City Schools will add 15 mins. to the end of the day starting December 17 and ending January 31, 2019.

Other makeup days and times will be approved at our next board meeting January 14, 6:30 p.m.