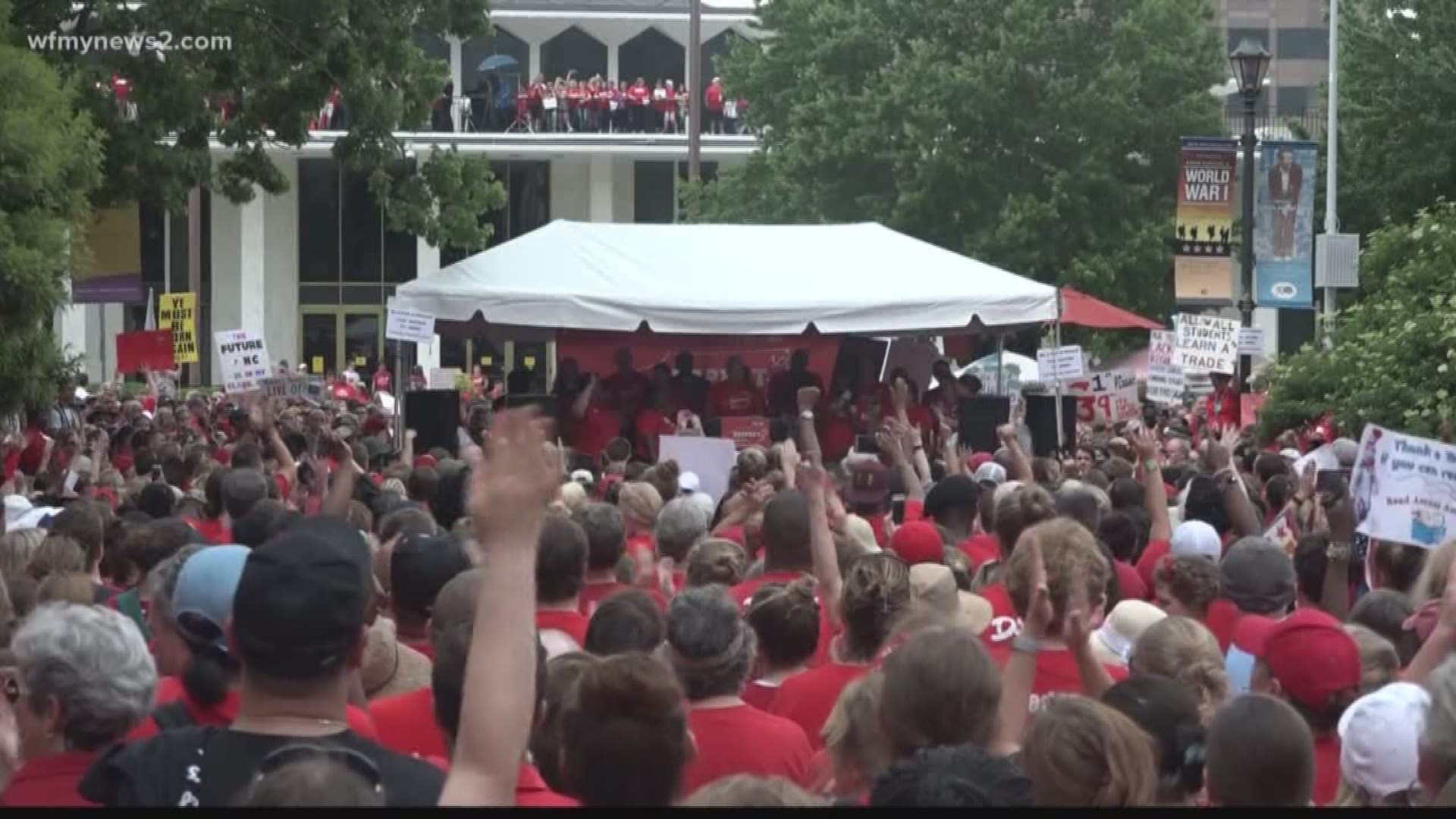 More North Carolina school systems are announcing closings for May 1 in advance of a planned teacher rally in Raleigh.

Alamance-Burlington Schools is the latest district to announce it will close school on May 1. ABSS says May 1 will be an optional teacher work day. Wednesday, May 8 will become a full day of school. The district released a statement about the closure saying, "Issues arose [Tuesday] that will negatively impact our ability to transport students to and from school [Wednesday], with some zones more greatly impacted than others. Student safety is always a priority, beginning and ending each day with student transportation."

Guilford County Schools announced it will close on May 1 for the rally. The school district will also make the day an optional teacher workday. For most schools in the district, June 11, becomes a student makeup day instead of a teacher workday. The decision comes following a rally Tuesday afternoon in Guilford Co.

Winston-Salem Forsyth County Schools also announced it will close on May 1. The school district said it will make the day an optional teacher workday in an effort to support their teachers.

RELATED: How Many Teachers Are Requesting Off For The May 1 Rally in Raleigh?

Lexington City Schools made the decision at a board meeting on April 2. Orange County's school board voted to make the day a teacher workday. 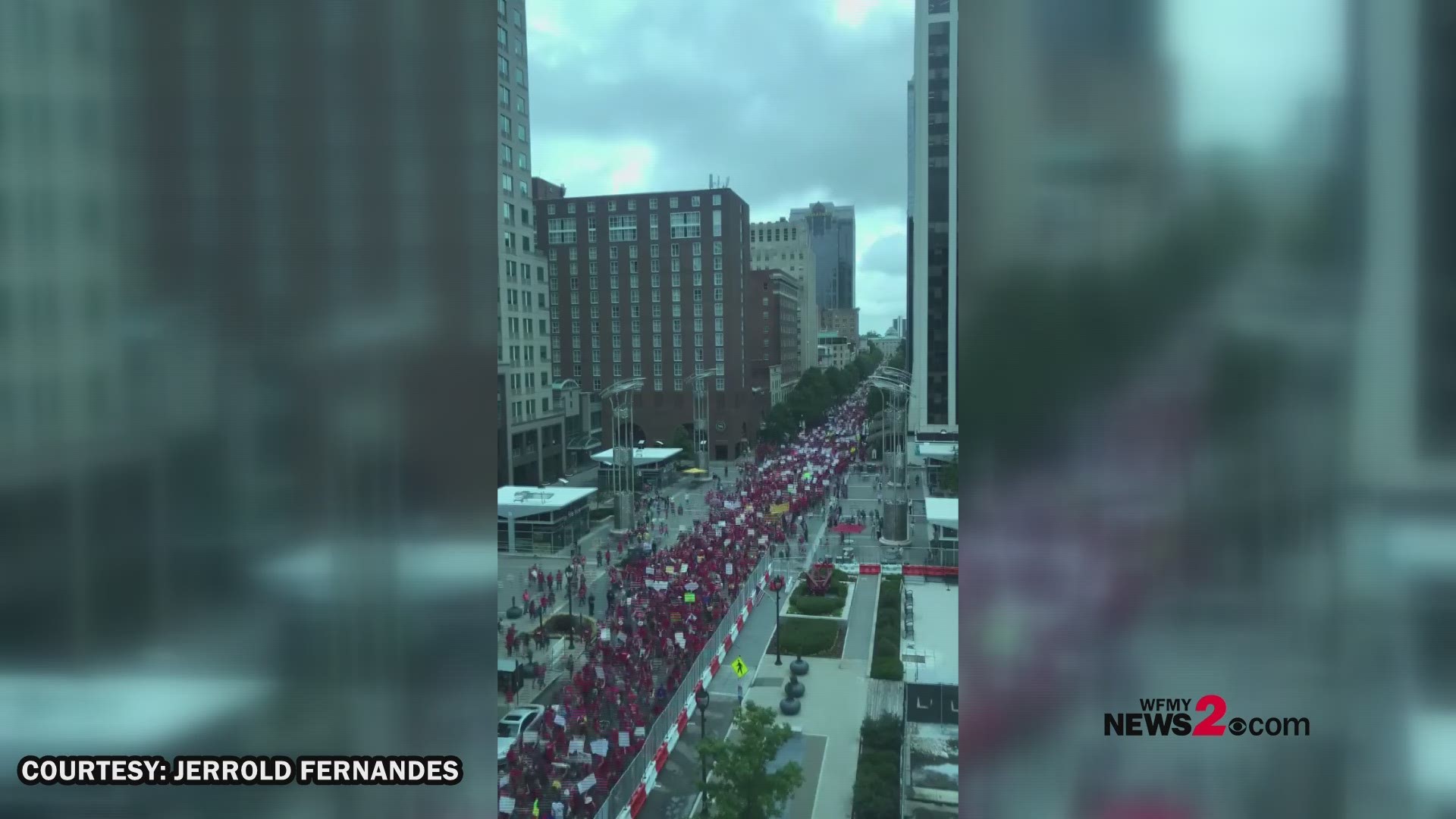 We have reached out to every school district in the Triad. So far, we know Mt. Airy City Schools had told us nobody has requested off in their district, and they don't plan on closing schools.

Randolph County Schools are planning on operating on a normal schedule on May 1st.

Last year, several Triad-area school districts canceled class for the rally, including Guilford County, Winston-Salem/Forsyth County and Alamance-Burlington among others.

State Superintendent Mark Johnson has requested that teachers move the rally to another day so that children don't have to miss school.