"They're right in our backyard," said homeowner Stephanie Inch. "It's creepy." 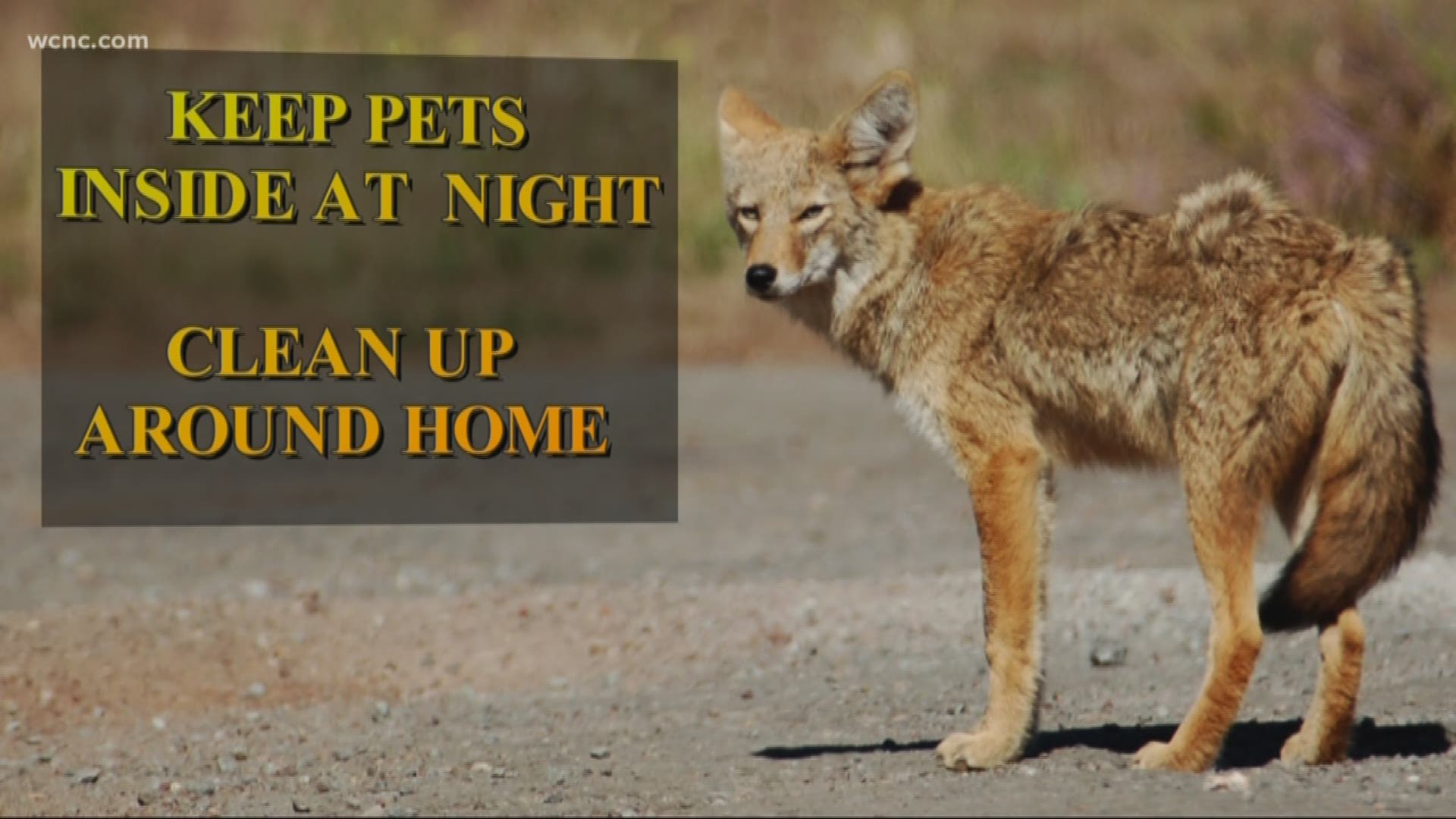 CHARLOTTE, N.C. — Neighbors in the Carolina Village Neighborhood shared video with NBC Charlotte with audio of a large family of coyotes howling at night.

Neighbors estimated there were about 20 animals in the group.

"They're right in our backyard," said homeowner Stephanie Inch. "It's creepy."

Experts at the North Carolina Wildlife said those audible encounters will continue to rise in the coming weeks due to the fact that coyote pups born in the springtime are now more active and ready to go out on their own.

NC Wildlife said there are likely hundreds of coyotes living in Mecklenburg County right now. Coyotes, they say, are incredibly adaptive to urban environments and can live close to houses and parks.

"It's scary," said Angie Rodriguez, mother of two. "I just googled a bunch of things yesterday when I heard about them."

Experts said attacks from a coyote are extremely rare but do happen. Wildlife advised neighbors to keep small pets inside at night and tidy up around the house so coyotes can't find an easy meal to eat.

If you see a coyote during the daytime, NC Wildlife said leave it alone. But if you're worried for your safety, call 911 right away.

One dead after shooting near uptown Charlotte

The coolest you should keep your house is 78 degrees, federal program says