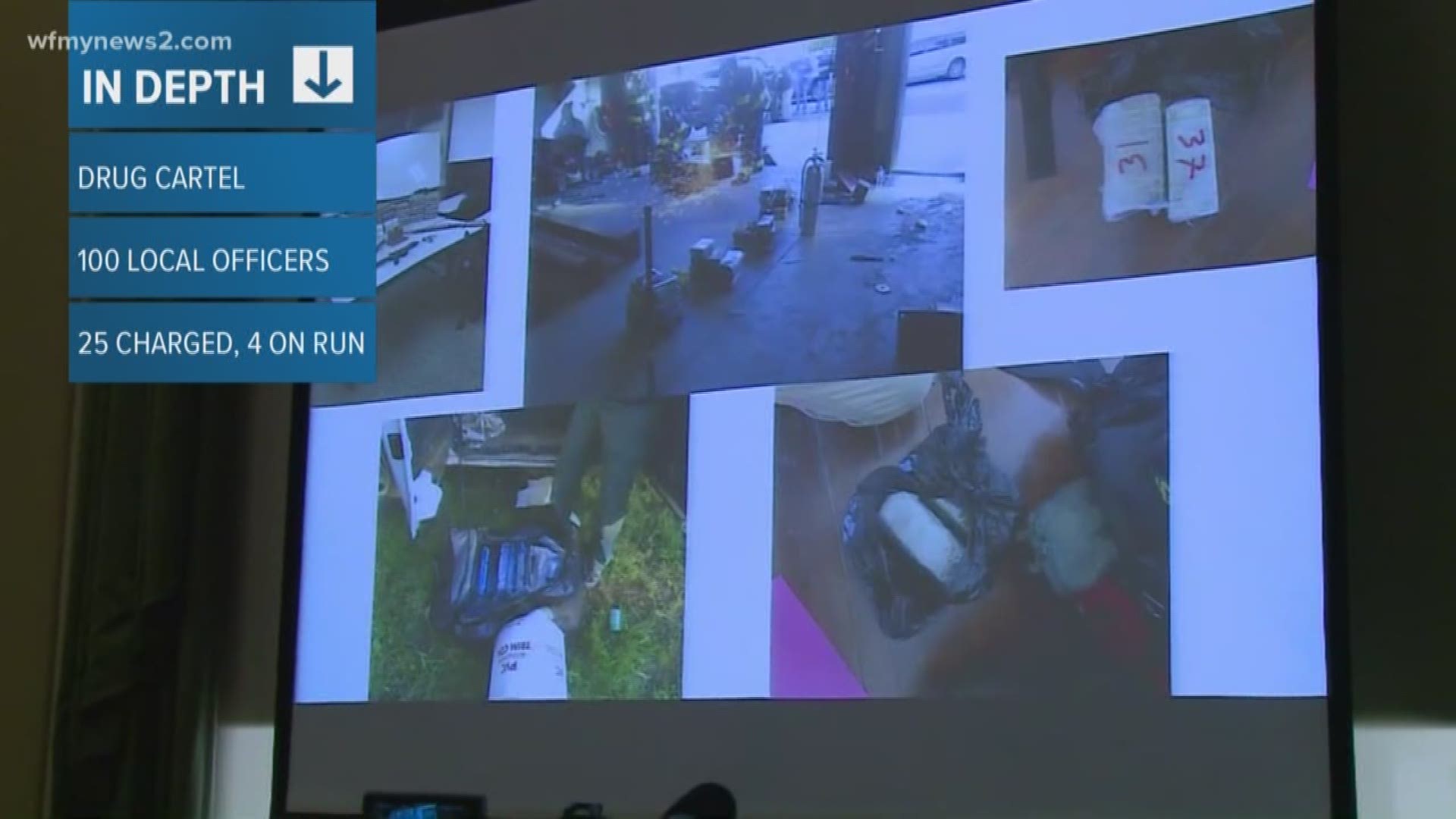 The intended targets of the operation were high-level drug traffickers. During the investigation, officers Sheriff Terry Johnson says ANET seized about $3.7 million worth of cocaine, 7-pounds of marijuana, $1,325,000 in cash and various fire arms.

Also confiscated were 12 vehicles, two trailers, one motorcycle, and one golf cart.

At least 28 offenders were identified, and most of them are in custody. The sheriff's office says a few are still wanted.

Sheriff Johnson said the offenders are responsible for trafficking millions of dollars worth of cocaine and other drugs to the Triad and Alamance County in particular.

The Alamance County Sheriff's Office encourages anyone who have a concern or problem in their community to call and report it. Johson says community involvement is key in investigations like this operation, but also in helping stop and solve crimes. The number to call is: 336-229-7100 and you do so anonymously.