Local theater hopes to reopen after credits roll on the pandemic 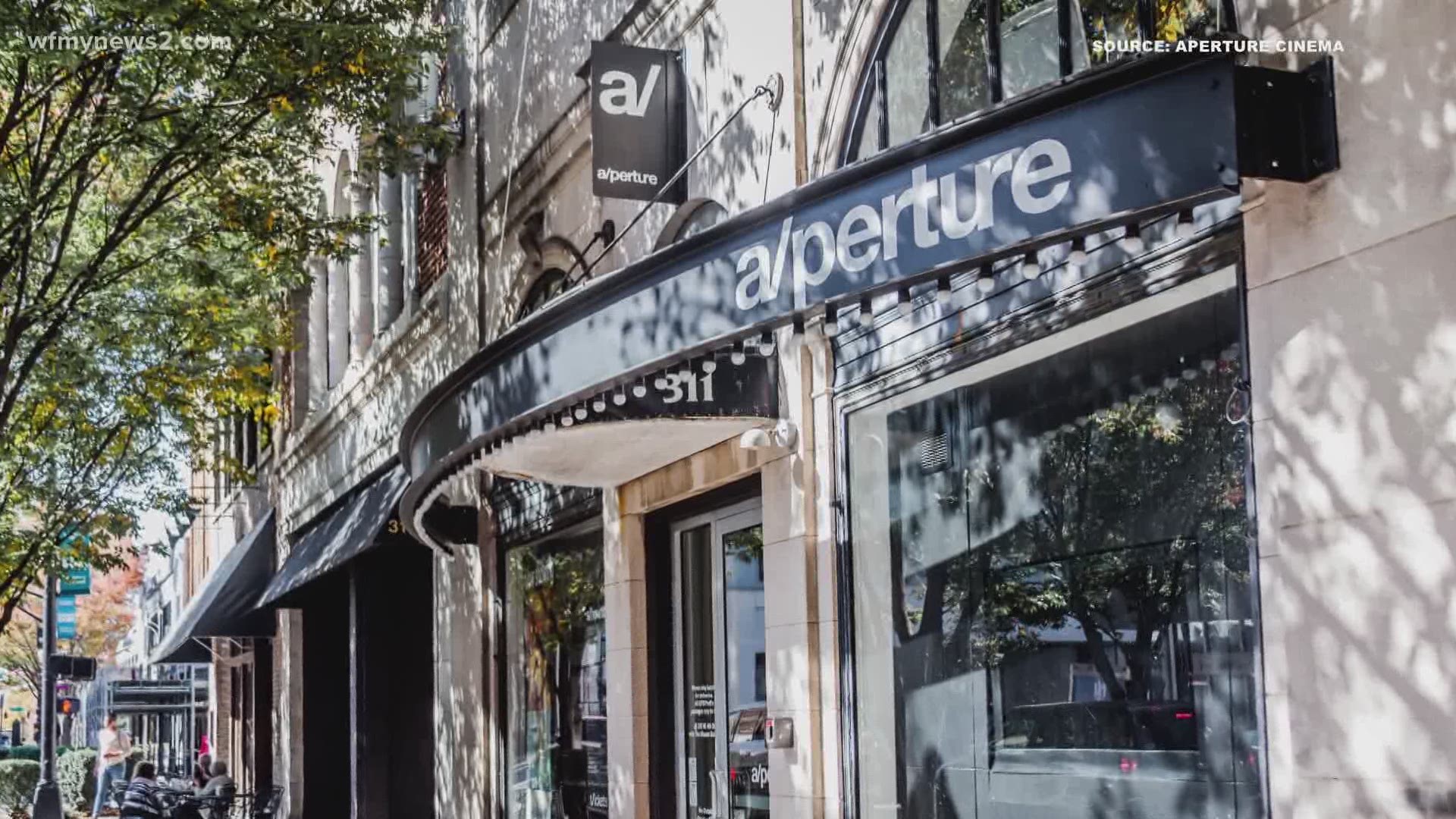 WINSTON-SALEM, N.C. — Movie theaters are on the list of businesses still closed under our states Phase 2 Safer At Home Order. That's detrimental to the businesses that are missing the busy summer blockbuster season.

Like the ending of a movie, this year has been full of surprises for a/perture cinema in downtown Winston-Salem.

"We celebrated our 10th anniversary in January we were so optimistic for this year having just gotten through the Business 40 closure, which you know impacted our sales, and 2020 was going to be this growth and rebuilding year," Lawren Desai, the Executive Director and Curator said. "Now we're kind of back to, I feel personally I'm back to square one when I started working on a/perture and I'm going to have to rebuild it from the very beginning."

Desai opened the art house cinema in 2009 and it's stayed open almost every day since.

"We never close we are open every single day of the year holidays and even with maybe closed less than a handful of times for snow but we've never been closed this long," she said.

On March 13th the last films flickered off the cinema's screens. Desai said they're already down almost $200,000 from last year. They had to furlough their employees. It's been 20 weeks since aperture sold a movie ticket or a bag of popcorn.

"Seventy percent of our revenue comes from ticket sales, concessions and memberships so when we're not open there's not a lot of revenue coming in and we just can't afford to keep many people on staff ."

Even if Governor Cooper says theaters can reopen next week. Desai said the safety of the community comes first. Plus, it doesn't help their bottom line to open without a sold out show.

"It's very challenging to open and not be able to sell and fill all your seats so there's lots of things to consider beyond whether just the governor tells us it's OK."

Instead, they're showing movies online. a/perture made 20 films available on their virtual cinema and they get a portion of each ticket sold. The cinema is holding out hope that the community they closed to protect will help them make it until they can reopen.

"I think just keeping it in the back of your mind that one day will be able to open and it will be safe and we want people to come back and just remember how the cinema is such an important part of our lives," Desai said.