After a number of businesses were damaged in downtown Louisville, one business owner decided to protect his property after being targeted. 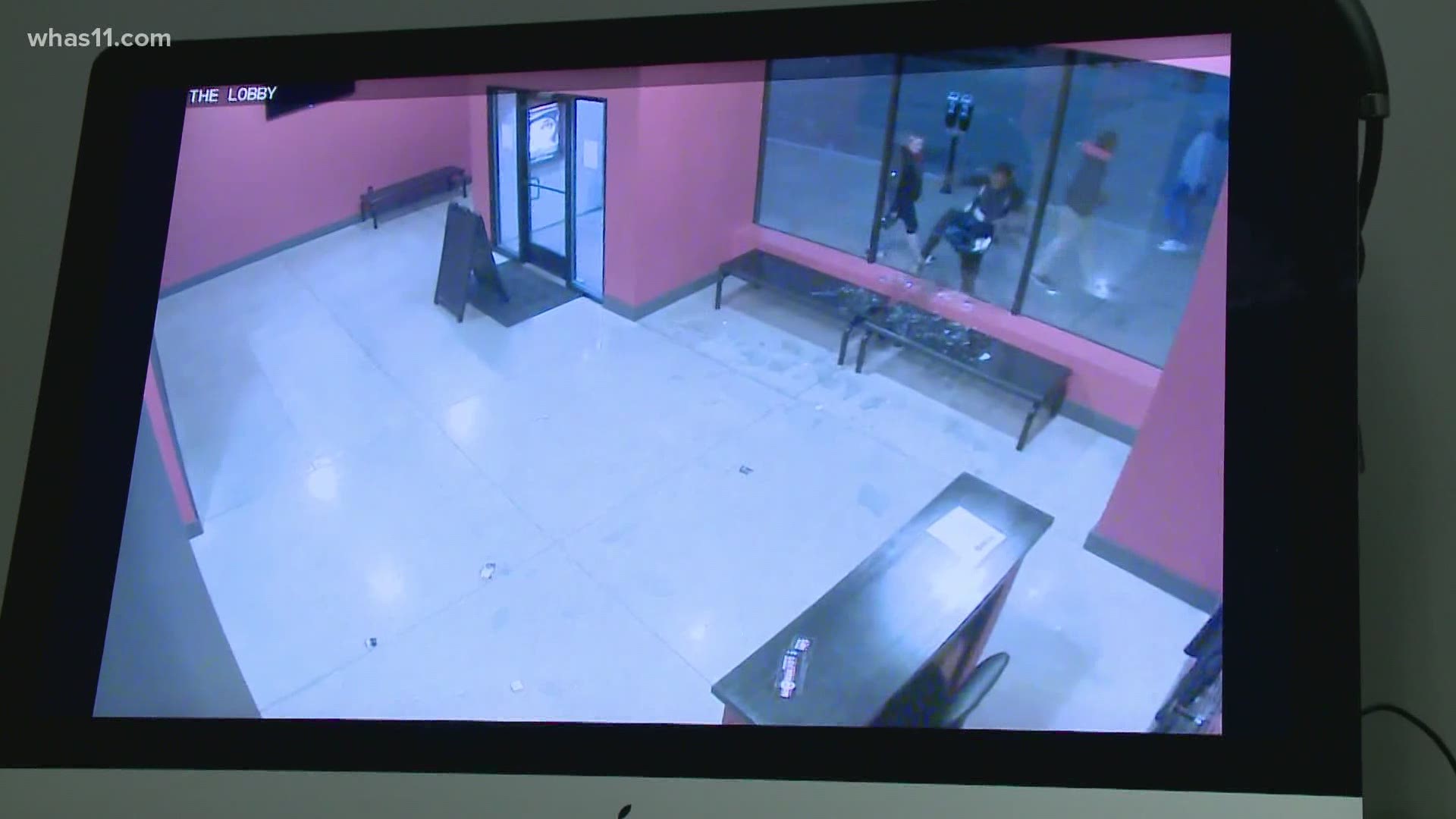 LOUISVILLE, Ky. — In the midst of Saturday’s protests, a Fourth Street business owner is saying enough is enough.

Michael Snyder, owner of the escape room Locked In, says windows on his business were shattered on Friday night. He boarded them up the following day, but it didn’t deter protesters who began throwing rocks again.

“They’re out there trying to protest – that’s fine. A lot of these businesses, the whole street here tries to give back to the community,” Snyder said. “There were probably 30 people standing in front of here telling me they were going to beat me up and I hadn’t done anything to them.”

Snyder says he served in the military before becoming a business owner. He decided he was going to stand up against those destroying his livelihood.

“They were going to try and loot and that’s when I got my AR-15 and help defend what’s mine,” he said.

Snyder prevented further damage to what’s already been done and the excitement of reopening after two months of being closed is now farther away.

“We have to replace all the windows, pretty much for nothing. I believe in the right to protest and freedom of speech, but this isn’t protest,” he said.

Attorney General William Barr addressed the rioting in cities across the nation saying, “the voices of peaceful protest are being hijacked by violent radical elements.”

Minnesota officials are investigating whether some outside agitators had links to white supremacy.

Here in Louisville, Mayor Greg Fischer placed blame on looters from out of town.