"I think now is the right chance for me to move on," Luke Kuechly said. 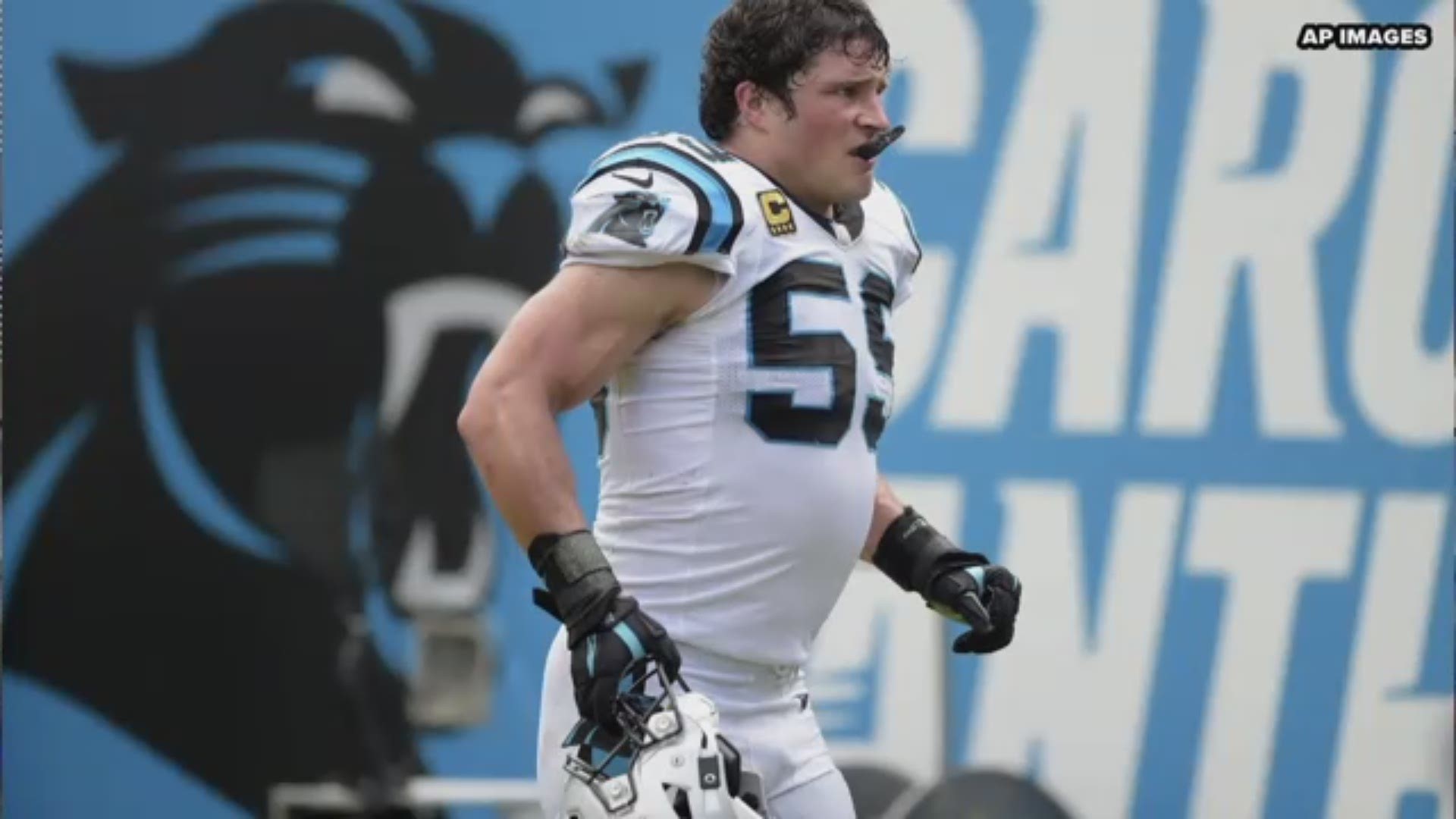 CHARLOTTE, N.C. — Carolina Panthers Linebacker, Luke Kuechly is retiring after eight seasons in the NFL. The Panthers said he’s one of the greatest players to ever wear a Carolina Uniform and arguably one of the best linebackers in the NFL since he was a first-round pick in 2012.

Kuechly released a video and the following in a release issued by the Carolina Panthers.

"I think now is the right chance for me to move on," Kuechly said. "It makes me sad because I love playing this game, I've played it since I was a kid. It's my favorite thing in the world to do. The memories I have from this place and this organization and being on the field with these guys – they'll never go away.

"In my heart I know it's the right thing to do… There's only one way to play this game since I was a little kid – play fast, play physical and play strong. And at this point I don't know if I am able to do that anymore."

"Beyond his extraordinary performance on the field, Luke has had a tremendous impact on this organization and region," owner David Tepper said. "In my two seasons with Luke, I quickly recognized how special of a person he is. The respect he gives and garners from others as well as the positive impact he has on his peers is second to none. It's obviously going to be very difficult for all of us because we know that no player can replace what he's been for this organization for the last eight years. His presence can't be replicated."

He’ll finish his career with 1,092 tackles, the most in the NFL since he entered the league. His 18 interceptions are most by a linebacker since 2012 and third-most in franchise history. His 75 tackles for loss are tied for fifth among linebackers over that span.

No. 59 calls it a wrap: Luke Kuechly to retire from the Panthers

1 / 5
AP
Carolina Panthers middle linebacker Luke Kuechly (59) is seen on the sidelines during the first half of an NFL football game against the New Orleans Saints in Charlotte, N.C., Sunday, Dec. 29, 2019. (AP Photo/Mike McCarn)

He was part of three teams that claimed the NFC South title (2013-15), and he helped get the Panthers to their second Super Bowl appearance in franchise history in 2015.

RELATED: Keep Cam in Carolina! GoFundMe to raise money for billboard is halfway to goal