'Mama I Just Had A Baby': Greensboro Woman Didn’t Know She Was Pregnant Till She Gave Birth 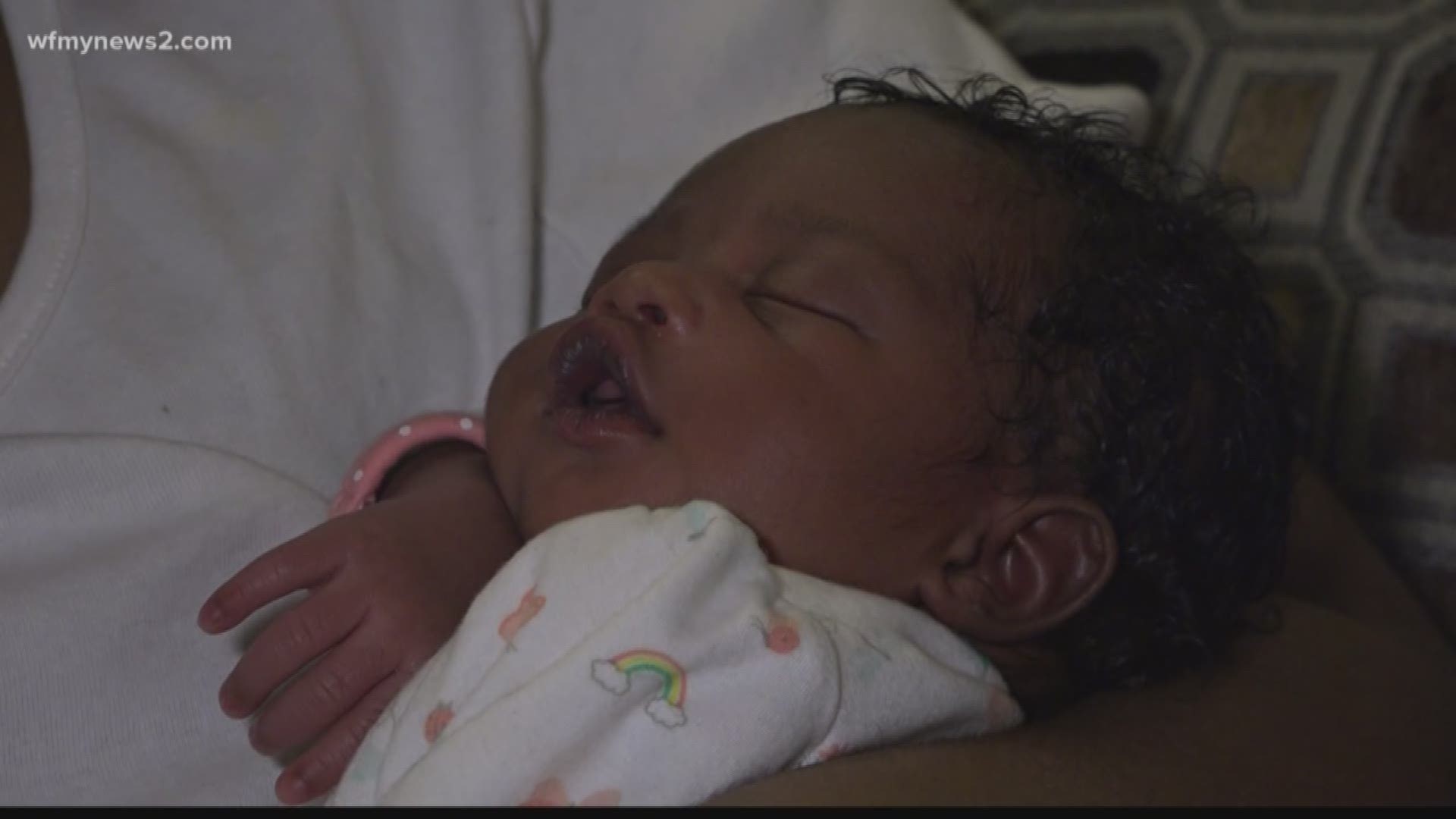 GREENSBORO, N.C. — A Greensboro woman is still coming to terms with the fact that she's a mom because she didn't expect to be.

April Green had no idea she was pregnant until she gave birth on April 29th.

"I called my mother and told her and I was like, ' Mama I just had a baby," Green said.

She delivered her own baby of 37 weeks in her bathroom. When her water broke, she didn't know what it was.

"I just had the urge to push. So I grabbed the side of my toilet, my bathroom tub and I just pushed." She said. "And I put my hands down below. I just felt the head come out. She just came out the toilet and here she was."

Green says it's normal for women in her family to miss cycles, so when she did she didn't think anything of it.

Green gained a little weight and felt some discomfort, but thought it was gas.

"I would say at our facility we probably see a few a year at least. I wouldn’t say it's as often as every month, at least not in my practice, but it does happen enough that is not a surprise anymore.” Dr. Carolyn Harraway-Smith, Chair of OBGYN at Cone Women's Hospital said.

Green's mother noticed the extra pounds but was still in the dark.

"I'm like OK, April we got to go on a little diet here you know just thinking she had gas, but gas brought out a 5 lbs.14 oz. baby," Grandma Anita McNeil said.

"She had no prenatal care. This was God to take this baby to 37 weeks healthy," she said.