The Guilford County Sheriff's Deputies said the man barricaded himself in his house on Braddock Road Monday morning. 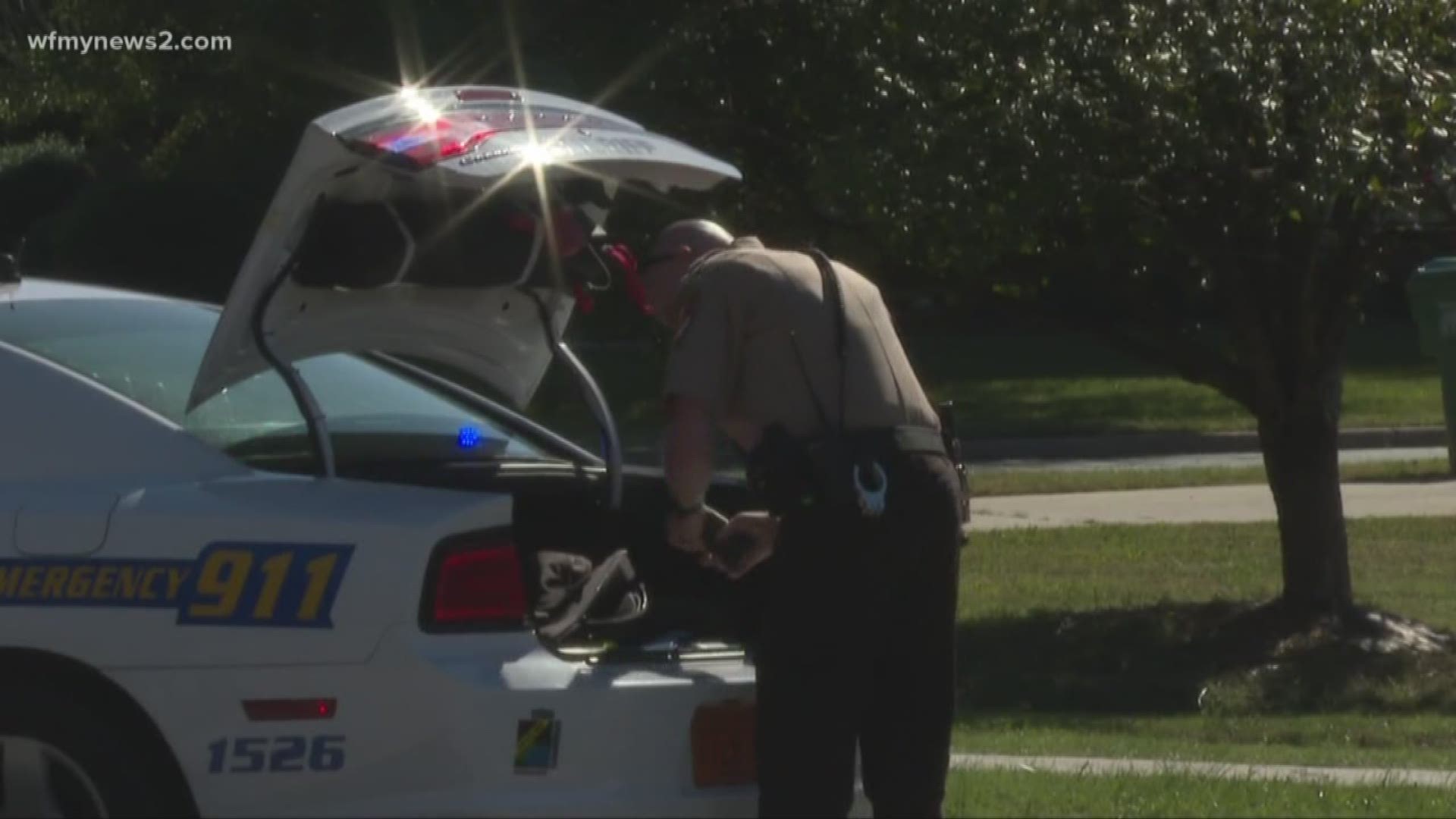 HIGH POINT, N.C. — Two Guilford County Sheriff's Deputies have been injured after being shot during an hours-long standoff in High Point. Investigators said the suspect, Victor Jarvis was shot and died from his injuries.

The Guilford County Sheriff's Office said Jarvis barricaded himself in his house on Braddock Road Monday morning around 8:35 a.m. Negotiators worked for more than 10 hours to try to get Jarvis to come outside.

"Hearts are really heavy at this point. This was not the ending we had hoped for this incident," said Captain Brian Hall with the Guilford County Sheriff's Office.

He said a deputy was serving civil papers to execute a padlocking of the house to Jarvis when he barricaded himself inside. He said Jarvis answered the door, then pushed the deputy back, shut the door, and then locked himself inside.

Several other deputies were then called to the scene and nearby homes were evacuated.

Captain Hall says one deputy reported hearing a gunshot from inside the house.

The Sheriff's Emergency Response Team (SERT) along with patrol deputies set up a perimeter outside the house.

Investigators said they worked for hours to try to get the suspect out of the house.

"It had been an evolution all through the day. Trying different things to keep him engaged with us. It reached a point that numerous hours went by with no communication. He was not responding to any of our attempts to speak with him or to get him to come outside."

One of Jarvis' family members also worked to get him to peacefully surrender. During the 10 hours, Jarvis continued to fire gunshots at deputies sporadically from inside the house.

At around 6:56 p.m., after exhausting all efforts to get Jarvis to peacefully surrender, the Sheriff's SERT team entered the house. That's when Jarvis shot two deputies.

One deputy was struck in the jaw and another was shot in the upper right arm.

"Two of our officers were hit, they have been transported to an area for hospital for treatment," said Captain Hall.

The Guilford County Sheriff's Office said, "To defend themselves and each other from Jarvis' use of deadly force, three of the deputies returned fire, striking Jarvis who died of his injuries."

1 / 14
WFMY News 2
Two deputies shot after a man barricaded himself inside a house in High Point.

The deputy who was shot in the face will undergo surgery this week to remove the bullet and repair his jaw. The other deputy shot in the arm has since been treated and released from the hospital.

"We just ask that everybody keep the families of all involved in their thoughts and prayers and we want to say thank you to all of those who helped us out. It's been a very long day," said Captain Hall.

The SBI is now investigating. The names of the deputies injured have not been released at this time.

1 Dead, 5 Injured, 3 of Them Critical, and 2 Charged With Murder in Greensboro SUV Assault at a Gas Station