Man On The Run After Stealing From Multiple Stores In Guilford County: Police

Police say his latest target was the Family Fare convenience Store On Battleground Avenue In Greensboro. 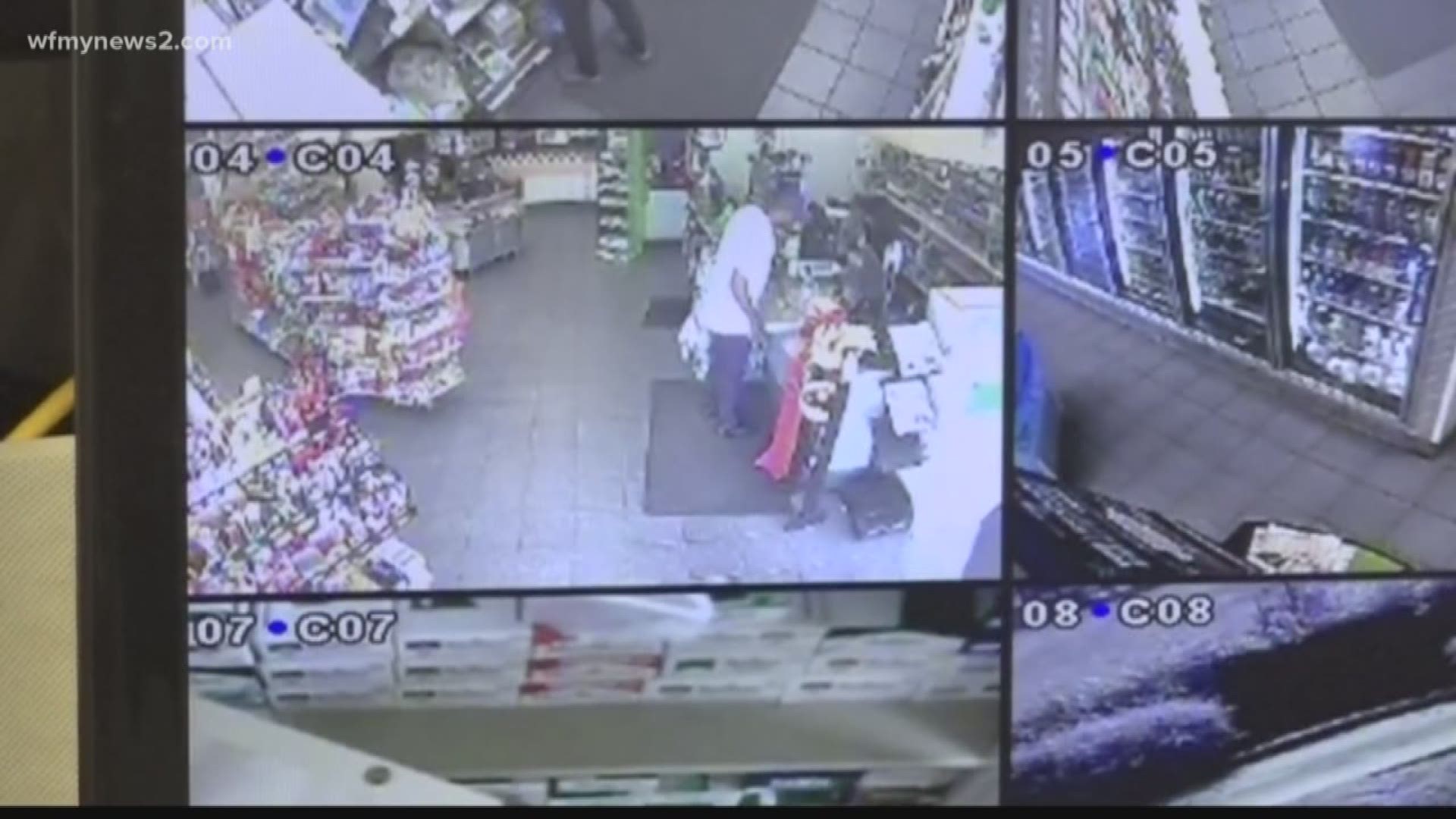 GREENSBORO, N.C. — Police are searching for the man they say is responsible for stealing cash registers around Guilford County.

His latest target was the Family Fare Convenience Store at 3931 Battleground Avenue in Greensboro.

It happened in broad daylight Saturday afternoon around 4.

Jeff Mercer with Family Fare's corporate office says the thief had a plan.

"Basically he comes in and he wants to make a purchase," said Mercer.

Mercer says the suspect tells the clerk he doesn't have enough money and needs to go out to his car to get change.

"He waits until the store is empty then he comes back in and makes his move," said Mercer.

Surveillance cameras catch what happens next. The suspect goes around the register steals the cash register then runs away from the store.

"When we would talk to the police after they compared all their notes, it looks like it's the same person," said Mercer.

We just need to try to catch this guy because he's going to continue to do this he's doing it in broad daylight in the afternoon," said Mercer.

Police are now trying to track down the suspect.

They believe he's driving a dark late 90s Lexus sedan with spots on the hood and roof.