'Crying. Screaming. I Want My Mom, I Want My Dad' | Man's Trip to the Bank Becomes Rescue Mission After Bus Crashes

Lee Simmons says he was driving to the bank when he saw the bus flipped down an embankment. 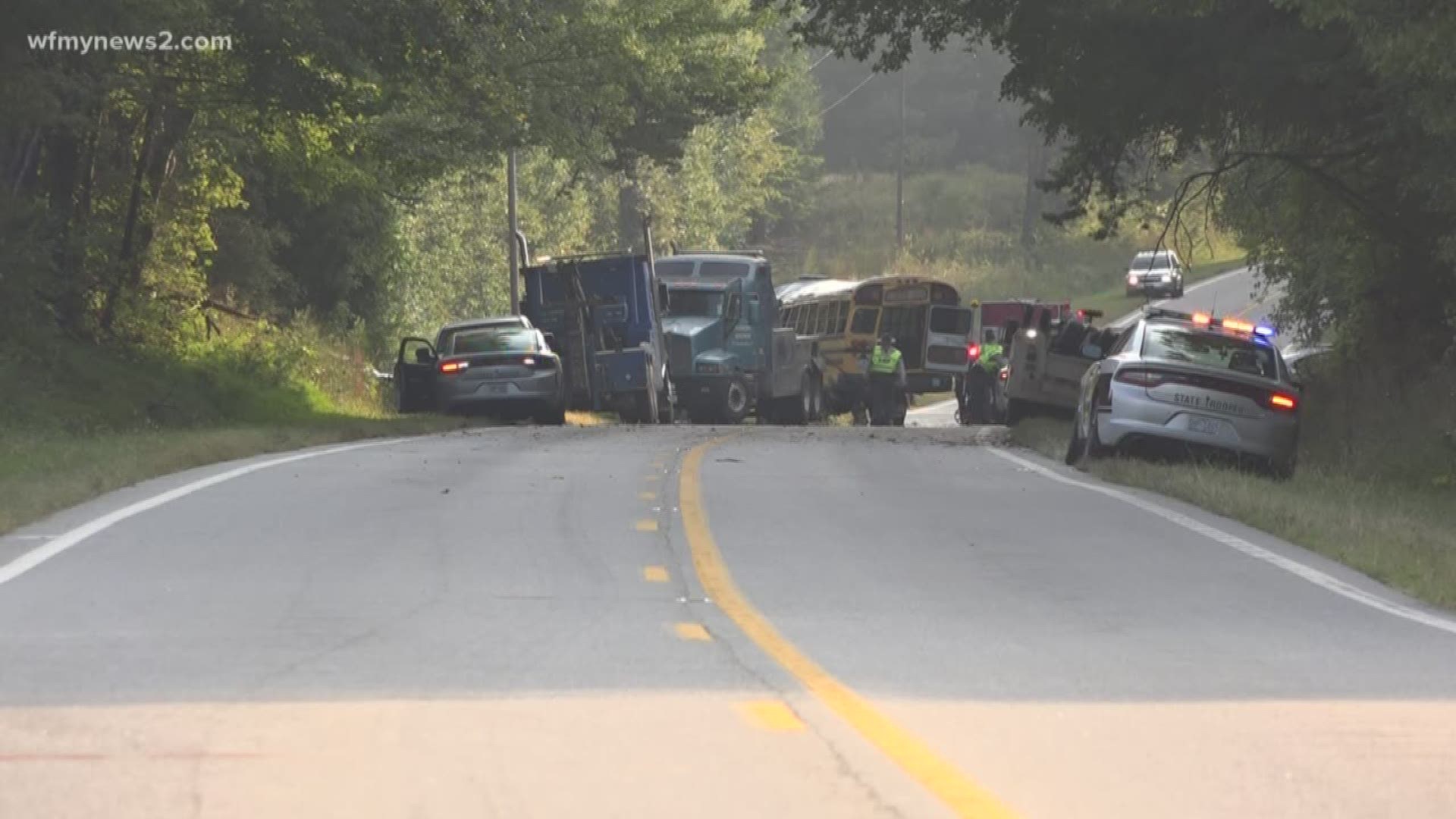 Lee Simmons says he didn't even think before jumping into action. He came across the bus that went off the road, down an embankment and overturned after colliding with a truck on NC 68 Tuesday.

"Once I got down there you could hear the kids. They were terribly upset. Crying. Screaming. I want my mom I want my dad," said Simmons.

Seventeen kids were aboard a school bus in Rockingham County. Investigators say a truck traveling the opposite direction crossed the center line of NC 68 and hit the bus head on.

The truck landed on the road. The bus went off the road, down an embankment and overturned.

Simmons got there seconds after it happened.

"First what I did, I went to the emergency exit on the back of the bus. The bus was more or less upside down," he said.

"The bus is off the roadway, overturned. 8 children with lacerations. We got several different ambulances in route," a person on the recording is heard saying.

Simmons says he sat on the side of the road with some of the kids to try and comfort them.

"I sat down with her on the ground and patted her on the back and tried to let her know that it was gonna be OK," he said.

"Those guys are really the heroes. I was just there adding a couple hands. I didn't do much of anything," he said.

Police say no charges has been filed at this time, but the investigation is ongoing to find out what caused the crash. The bus was being operated by First Student. It was taking kids to the Operation Xcel site in Stokesdale. Operation Xcel is an after school day care.

They'll also be providing counseling for anyone who needs it.