After his ordeal, Michael White advises families to have a fire plan with escape routes for various scenarios. He stresses families should practice the plan. 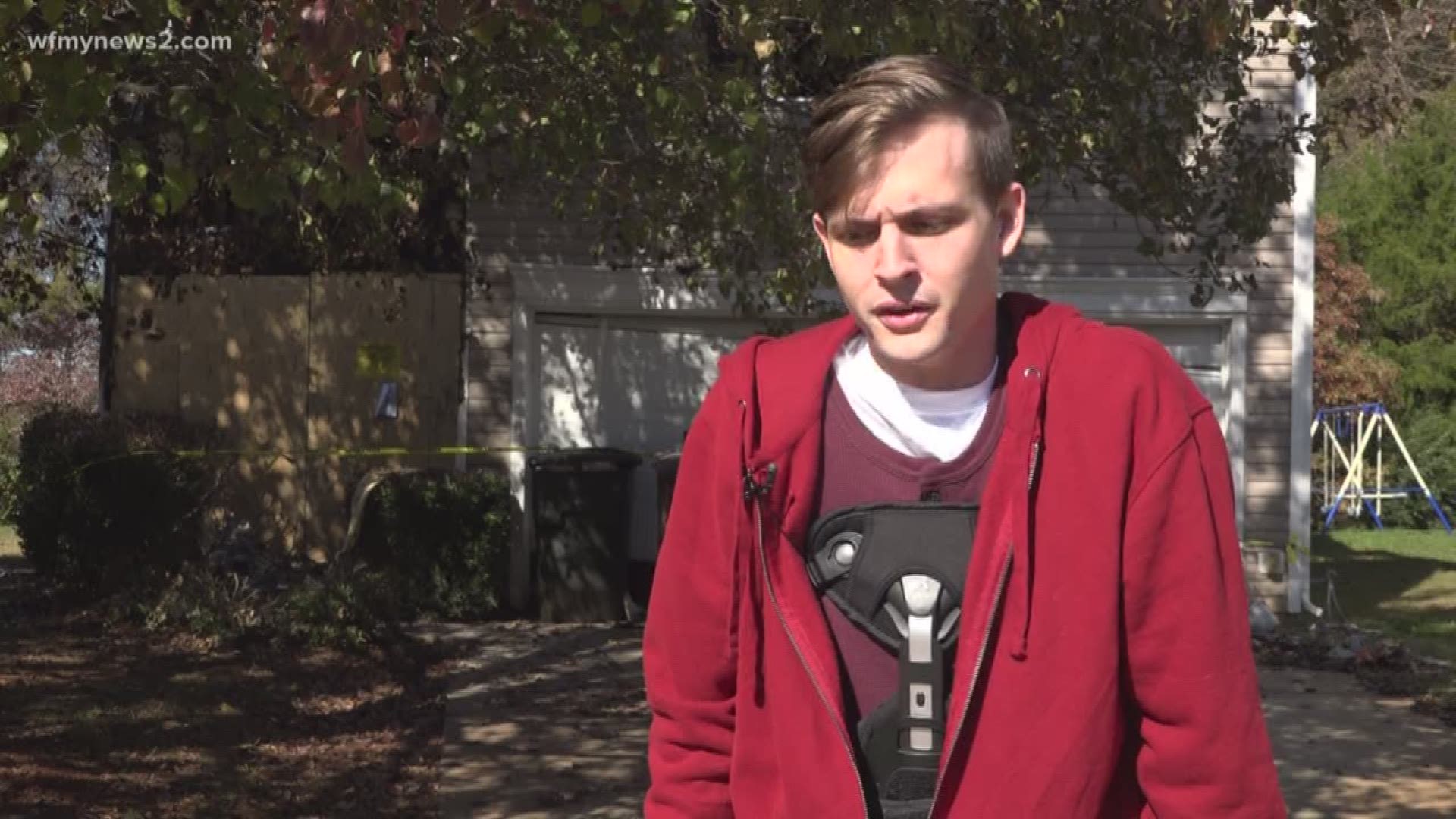 BROWNS SUMMIT, N.C. — A Brown Summit man is recovering, and his family picking up the pieces after a fire destroyed their home and everything inside. 27-year-old Michael White now moves around with the help of a walker and a brace helps to hold his torso upright. That's because he had to jump from a window to survive.

White and his mother were asleep in their home on Loblolly Court in Browns Summit when a fire broke out around 4 am on October 30th.

"I woke up and there was smoke already below my head, in the bed, " said White. His mother Linda, a substitute teacher with Guilford County Schools, was able to get out and was calling frantically for him while he was still trapped inside.

White then tried to jump out of the second-floor window to narrowly escape the fire.

"I opened the window and I put my feet through and I reached for the edge of the window but I guess I missed it and I fell and I landed bad," he said.

He was severely injured in the fall and broke his feet and fractured his spine.

"I literally crawled hands and knees in my underwear from the front porch to over there (the neighbor's lawn)."

White said he can't remember clearly the details of what he did but he looks back to that night and is amazed that things weren't worse.

"I am really lucky that I even woke up to make it out," added White.

After his ordeal, he advises families to have a fire plan with escape routes for various scenarios, which they should practice.

"Not only do you need one, you need to know which way is unlocked on your window, you need to know can you open it, is it seized, is it hard to open and could your children open the window if they need it to," urged White.

He also says to have a fire-proof safe where you can keep duplicates of your keys, id cards, and important documents, which would help in the aftermath of the fire.

Fire investigators said they could not determine the cause of the fire but say the smoke alarm was working and did go off during the fire.

White said he and his mom did not hear it.

White is out of work for now and hopes to walk without aid. He has started a Go Fund Me to help with his medical bills and recovery, which doctors tell him will take about 6 months.

The Whites are renting an apartment in the meantime because their burnt-out home will have to be demolished and then rebuilt and it may not be ready until some time next summer.