Members of George Floyd's family and their attorney lead a march with community leaders, urging people to vote ahead of the election. 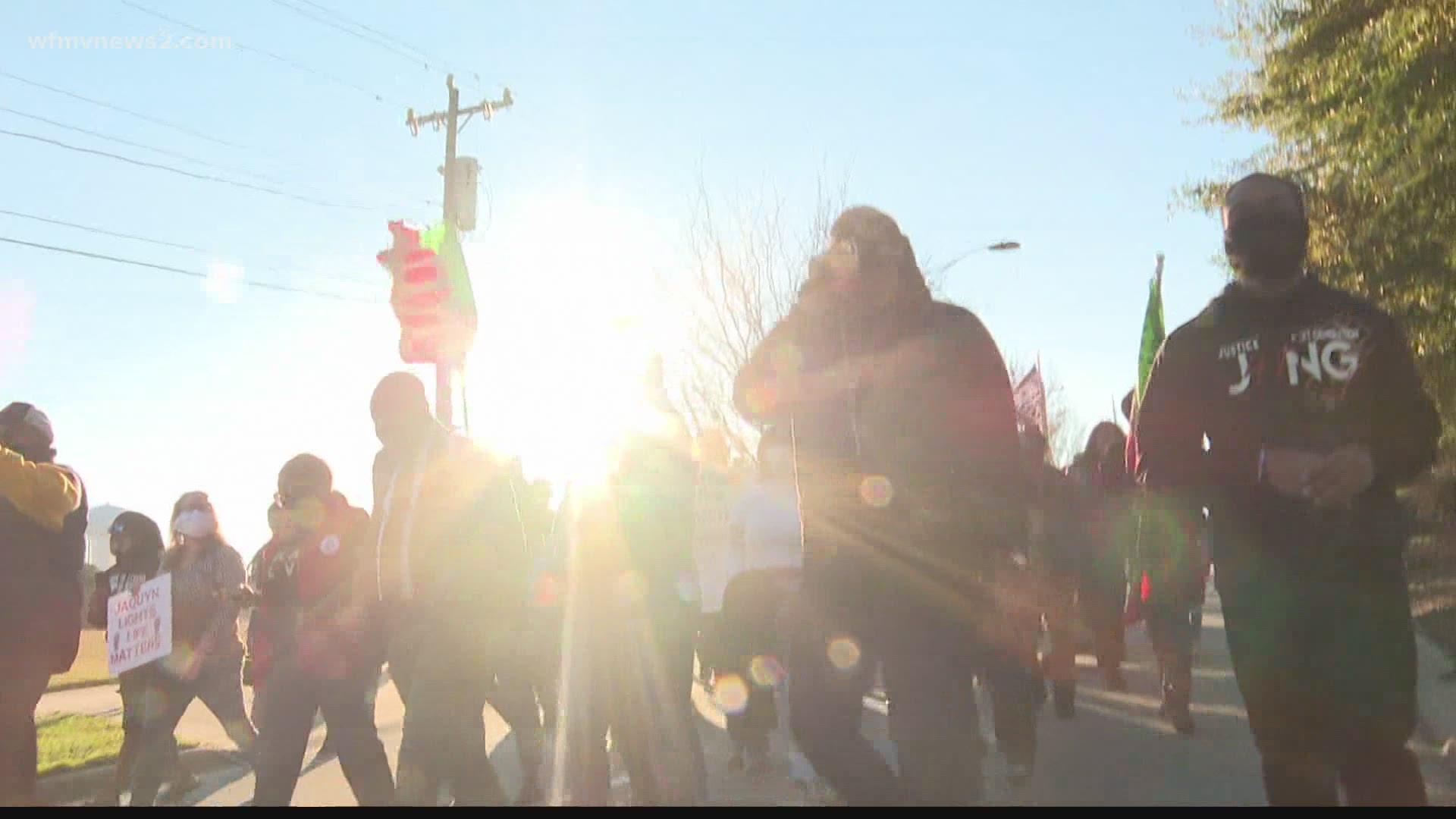 The march started in Governmental Plaza and ended at the polling location at North Carolina A&T State University.

People from across the state and country came out to share their stories and why they want to see more turnout this election.

"Keep our voices strong. Let the movement be in our feet," said Reverend Greg Drumwright.

RELATED: Check your vote! All early voters & mail-in voters should do this before Election Day

"No justice, no peace!" marchers said as they walked through the streets.

The crowd marched through downtown Greensboro, stopping in front of the International Civil Rights Museum remembering the Greensboro sit-ins.

The crowd stooped for 8 minutes and 46 seconds in the middle of an intersection outside NC A&T, the same amount of time George Floyd had a knee on his neck.

Ben Crump, the attorney for George Floyd and Breonna Taylor's families, helped lead voters in Greensboro to the polls.

Floyd's niece, Brooke Williams, spoke to those who came to the rally.

She urged them to go out and vote, not just for president, but for local races, ballot measures, and more.

"Youth - go out and cast your vote. We need more of us on the frontlines because we are the future," Williams said.

Dozens of people showed up at the rally, and several went to the polls to vote on A&Ts campus right before polls closed.

North Carolina Senator Erica Smith, from eastern North Carolina, told a story about one of her sons being arrested.

"My next to the youngest son called me after spending a weekend in jail in Mississippi. He was driving while black," Smith said.

She said she wants to see an end to racial injustice, and she hopes everyone will be able to say they voted in the 2020 election come November 3.

"You have exercised your voice. you have been the chance that we want to see," said Smith.