Henry Frye remembers when he shook Martin Luther King Jr.'s hand while visiting his church to listen to him preach. 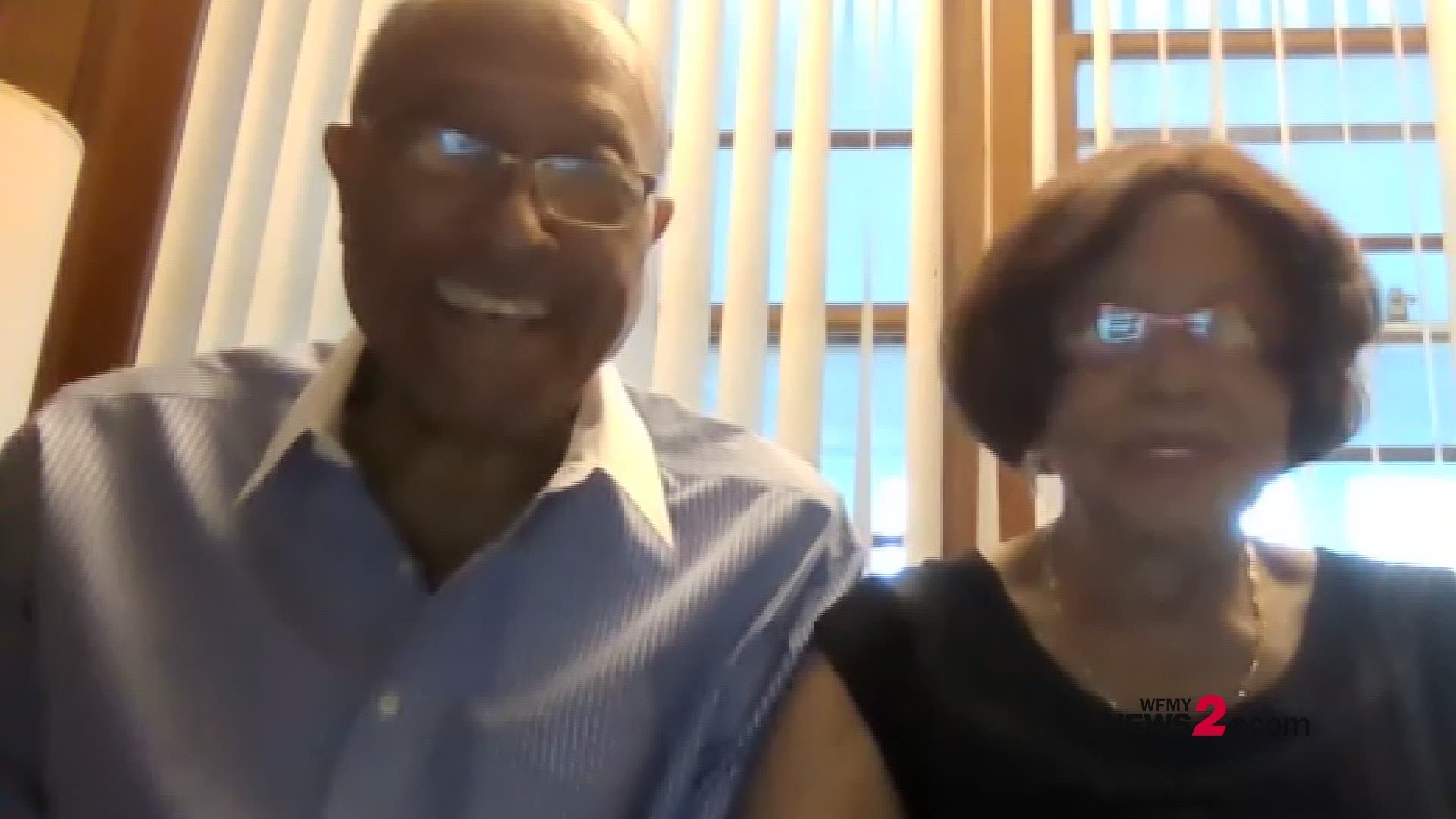 GREENSBORO, N.C. — There aren't many people in Greensboro who know more about the struggle for equality than Judge Henry Frye.

He was a man of many firsts, including the first African-American chief justice of the state Supreme Court.

In January 2021, he's reflecting on Martin Luther King Jr. Day and the steps the country has made over the years.

It's major for many reasons. Judge Henry Frye is a North Carolina A&T graduate and eventually the first African-American chief justice of the state Supreme Court.

He and his wife Shirley said it was a pivotal moment in their lives.

"I got a chance to shake his hand and we chatted I don't know what we chatted about but we carried on a conversation with each other," said Judge Frye.

"I was in graduate school in Syracuse New York and Henry was at Maxwell Air Force base that summer and once that Sunday afternoon when we talked, he said, 'You won't believe who I talked to today! You won't believe who I saw!' and that has also been a moment for me as well to know that Henry had that opportunity," Shirley said.

"That has been one of the high points in my life," said Judge Frye.

For the couple, looking back, events like the Greensboro sit-ins of the 1960s and even as recent as the protests last summer, stand out as steps for positive change.

"When people who are interested in doing the right thing come together and can make a difference it can encourage others to do likewise," said Judge Frye.

An example of that came last summer when the Forsyth County Sheriff made changes to its restraint policy.

Protests went on for weeks.

The Frye's said pushing forward together is key.

"Communication. If you don’t understand me, I think the best approach would be is to get with me and let’s talk about what went on so you can understand," Shirley said, "This is my history, this is why I think the way that I do so then we can have a better understanding of each other and recognize what is it we can do together, so we can have some kind of mutual agreement."

"Don't give up. Instead, lets see how we can make people work together and if we make two steps backwards, let's find a way to make three forward," Judge Frye said.

Words of wisdom from a man who knows well the importance of pressing on.

RELATED: MLK Day of Service: Make it a day on, not a day off