The seniors were smiling ear to ear during the virtual game. 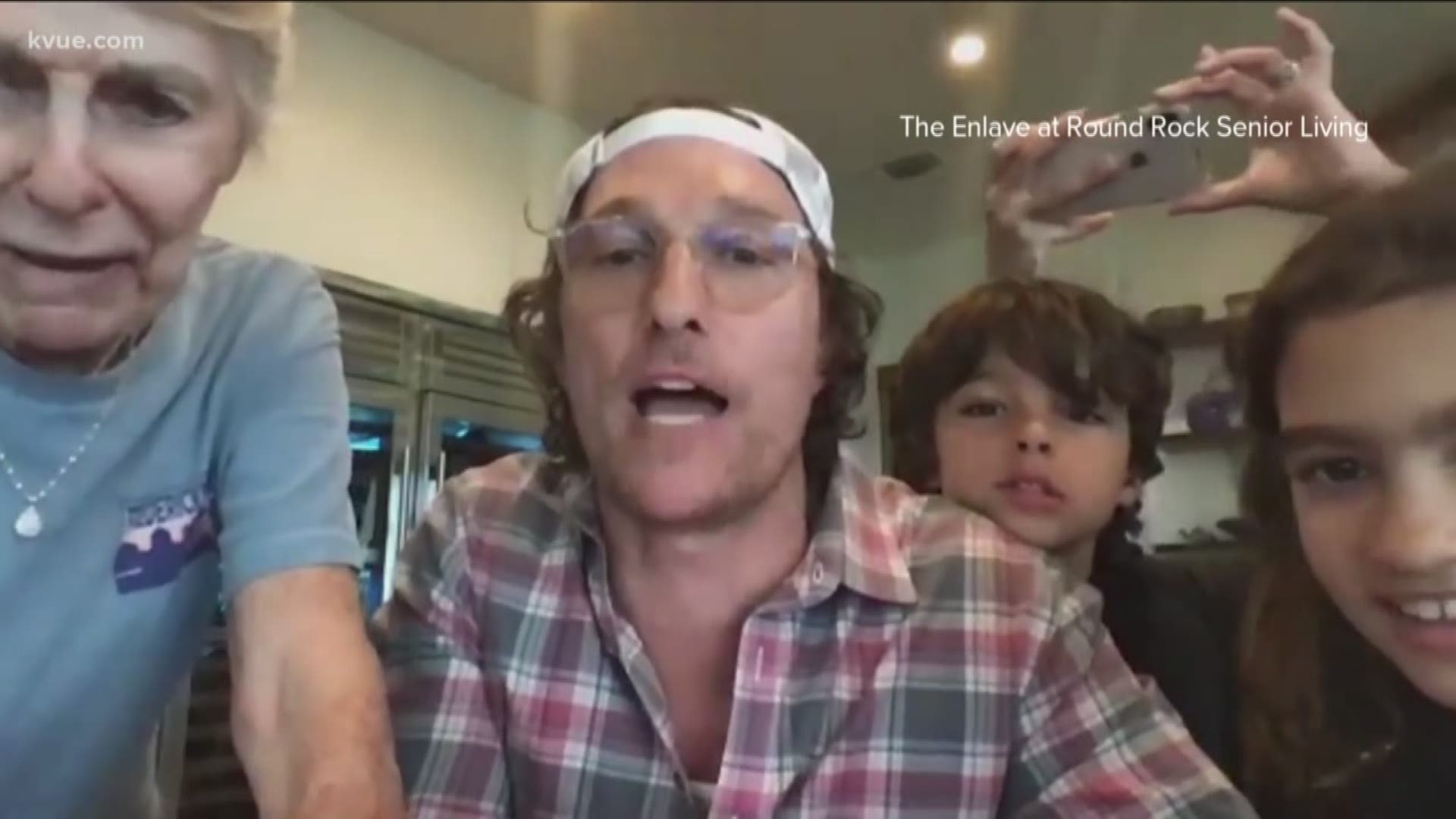 ROUND ROCK, Texas — Have you ever spent your afternoon playing bingo with Matthew McConaughey? Well, it'd be a lot cooler if you did.

The actor and Austinite called the numbers for people living at The Enclave at Round Rock Senior Living.

The Enclave frequently hosts bingo for its residents. They reached out to the academy-award winner back in September to be a celebrity host, and he answered the call.

McConaughey, his mother, Mary, and his wife, Camila, joined in the game along with his children, calling each draw out as a family.

In a video shared on Facebook, the seniors living at the facility were smiling ear to ear during the game.

Posted by The Enclave at Round Rock Senior Living on Sunday, April 5, 2020

When "bingo" was called out, the lucky winner got a chance to ask the University of Texas professor a question as the prize.

Thanks for giving us something to smile about, Mr. McConaughey!

How to make, wear a face mask to help slow spread of coronavirus