A Mebane woman paid off $4,000 in lunch debt at six schools in the Alamance-Burlington School System to  honor of her later father. 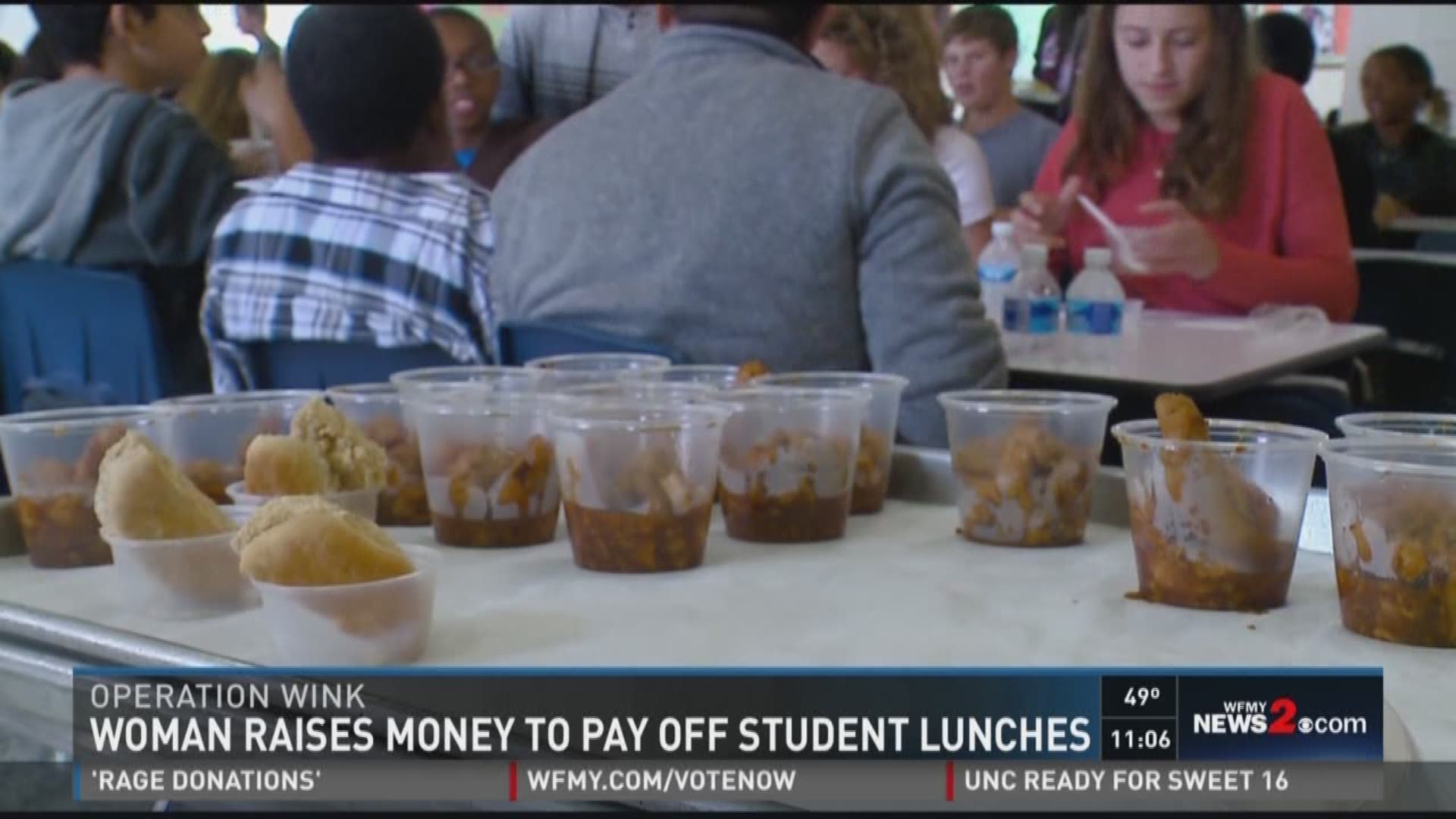 In 1994, Kristen Thompson-Riley was a 20-year-old new mom to a six-week-old baby and moving into a new house.

“We got a phone call at 1 o’clock in the morning and it was from my mom. And that night, he passed away, he had a massive heart attack.” 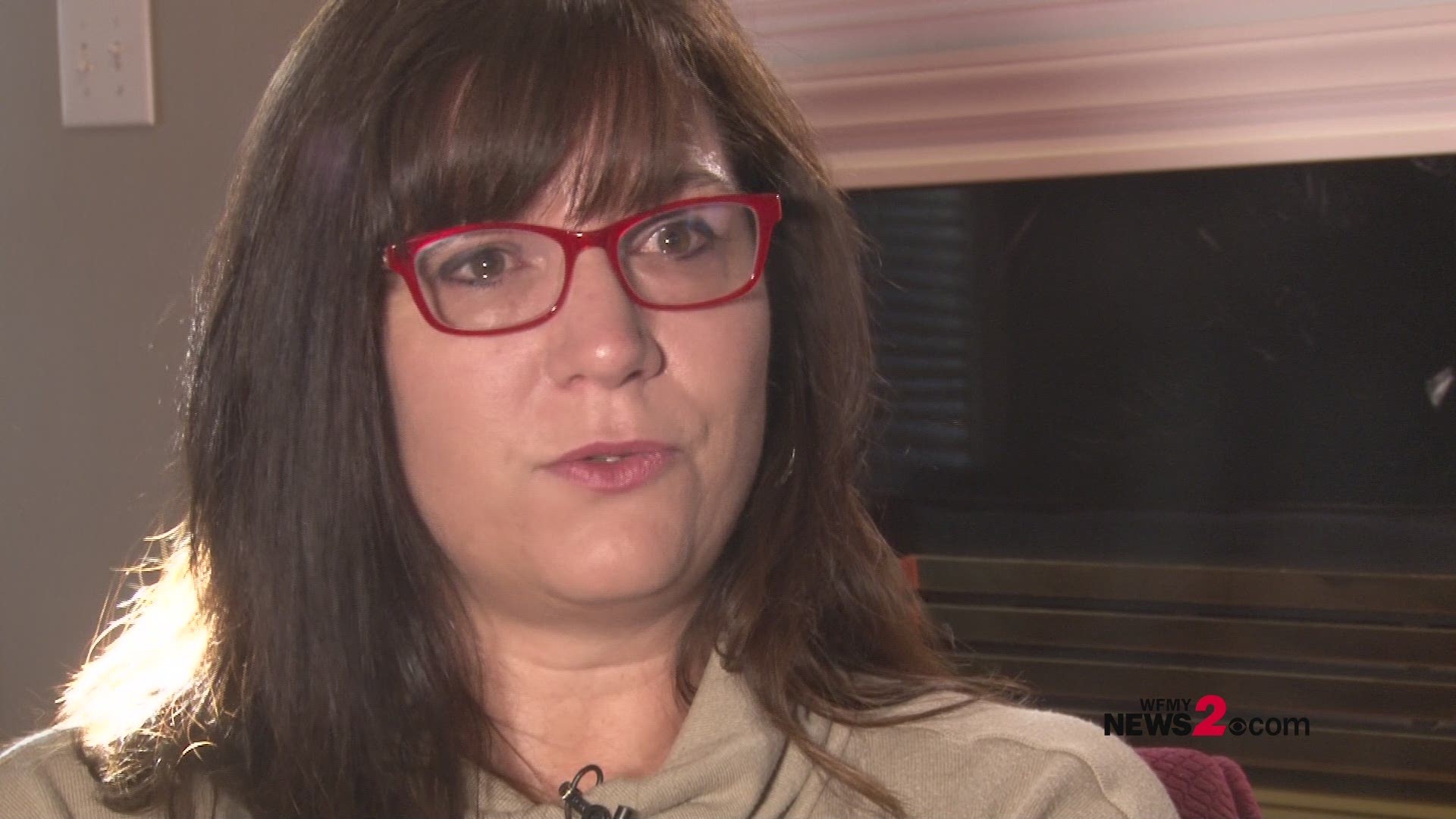 “Very much a daddy’s girl,” said Thompson-Riley. “My dad was a very quiet individual. He was an electrical engineer. He would do little things that would have a big impact on me and on other people.”

For 20 years, the dark day marking the anniversary of her father’s death was a day Thompson-Riley wanted to hide far away from.

“Miserable. Yes. That day was the worst day of the year for me.”

But her father and mother, Joanne Thompson, raised her to be kind, giving and caring of other people. Both of her parents spent countless hours volunteering and helping in their community. So, two decades after his death, Thompson-Riley decided March 20th would no longer be a day of sadness.

“What I decided to do was make it a day of kindness,” Thompson-Riley explained. “It was an easy decision to make that day, a day that would make them proud.”

Thompson-Riley decided to give the name a day and it didn’t take long for her to come up with an idea.

On March 20th of 2014, Thompson-Riley heard about negative lunch balances at a high school in Mebane. Since her children attended schools in the city she knew helping the schools out of debt was the perfect way to remember her father.

The first year, Thompson-Riley, with the help of friends and family donations, paid off the debt at one school.

“In the back of my mind I thought, if I can get 80 percent of that I will be thrilled cause it will really help the school.”

Fast-forward to 2017, and Thompson-Riley paid off $4,000 worth of lunch debt at six schools in the Alamance-Burlington School System.

“I sat in my kitchen and cried,” she said. “I’m happy to help, but it’s not just me. There’s 65 people that stepped up and donated towards these negative balances and that’s just amazing to me.”

One of the schools with the largest debt, was South Mebane Elementary. The school had a $1,300 negative balance.

Tears streamed down Thompon-Riley's cheek as she thought about what those numbers really mean.

“It breaks my heart to think about some of these kids and they don’t know what or when they’re going to get their next meal. Yes, they are in the negative, but that means the schools aren’t turning them away. They’re letting them eat and that’s huge,” Thompson-Riley said through tears.

South Mebane Elementary School Principal Rebecca Royal said, “The individuals involved in Operation Wink are true angels among us who are giving from their hearts not because they have to, but because they want to make a positive difference in the lives of others. The monies collected not only remove a huge financial burden from the school, but it also helps to give our families who have fallen in debt hope for the future and it gives them faith in the community in which they reside.”

Thompson-Riley hopes to expand the program to help all school in the district.

“I really hope it takes some pressure off these kids and off of their families,” she said.

Thompson-Riley said any donations she receives after March 20th of every year still go towards the schools. The mom of four boys also said her sons help her every year to do kind acts in the community.