The resolution calls on citizens to "treat all persons with respect and dignity" and calls businesses and municipalities to adopt non-discrimination policies. 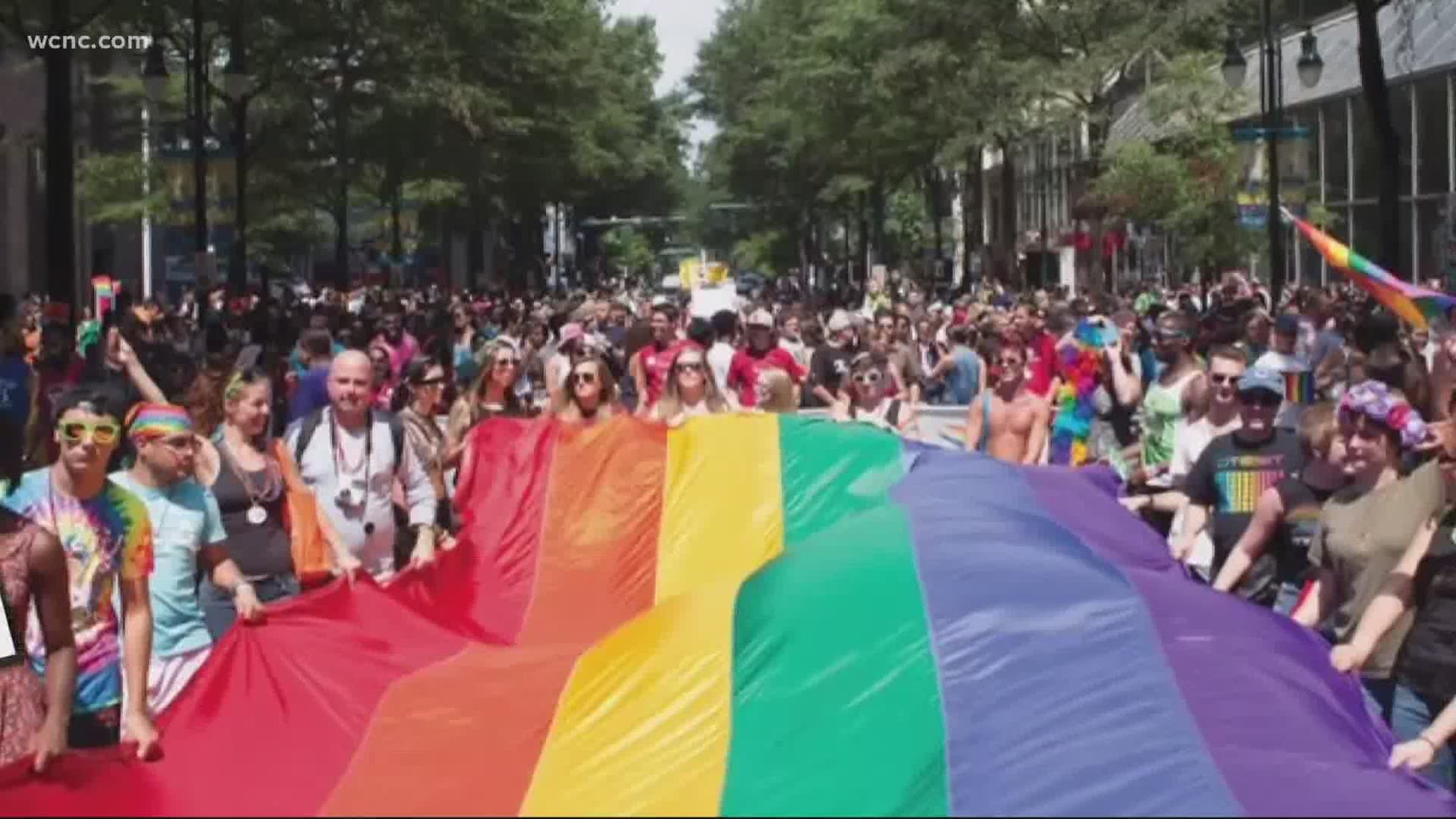 MECKLENBURG COUNTY, N.C. — The Mecklenburg Board of County Commissioners has passed a symbolic resolution encouraging protections for the LGTBQ community and others in Mecklenburg County.

County commissioners set in place the framework for protections as cities across the state begin to pass nondiscrimination ordinances. The vote was unanimous, showing solidarity for a community that is often discriminated against.

"There is nothing radical or threatening about The Golden Rule," added Commissioner Leigh Altman.

The resolution calls on citizens to "treat all persons with respect and dignity" and calls businesses and municipalities to adopt non-discrimination policies.

Here is the resolution. It's more than just LGBTQ protections.

The resolution says LGBTQ people in the state are vulnerable to discrimination in several ways, and says the county government "will not discriminate based on sexual orientation, gender identity, race, color, religion, sex, age, national origin, veteran status, pregnancy or natural hairstyles, texture or type associated with race..."

The resolution also noted that "Mecklenburg County Government will not discriminate against any human being in employment practices or taxpayer-funded programs..."

It also said in Mecklenburg County, discrimination "will not be tolerated in areas of public accommodations which include places such as hotels, restaurants, hospitals, retail establishments, government buildings, movie theaters, amusement parks, etc."

For some in the community, the resolution was a welcomed first step.

"We are moving beyond simple tolerance and acceptance and that we are setting the first step in the long climb to being welcomed and celebrated in this county," said resident Abigail Head.

The resolution did not create enforceable protections but that could be next. Mecklenburg County commissioner at-large Leigh Altman asked the county attorney to do the legal research to see what protections can be made.

It's worth noting, if Mecklenburg County actually passed enforceable protection, it would really only impact those living in unincorporated Mecklenburg County, as each city and town would have to pass their own ordinance for residents to follow -- the county doesn't have that power.