A terrifying work accident left a Milton man with burns on 60 percent of his body last week. 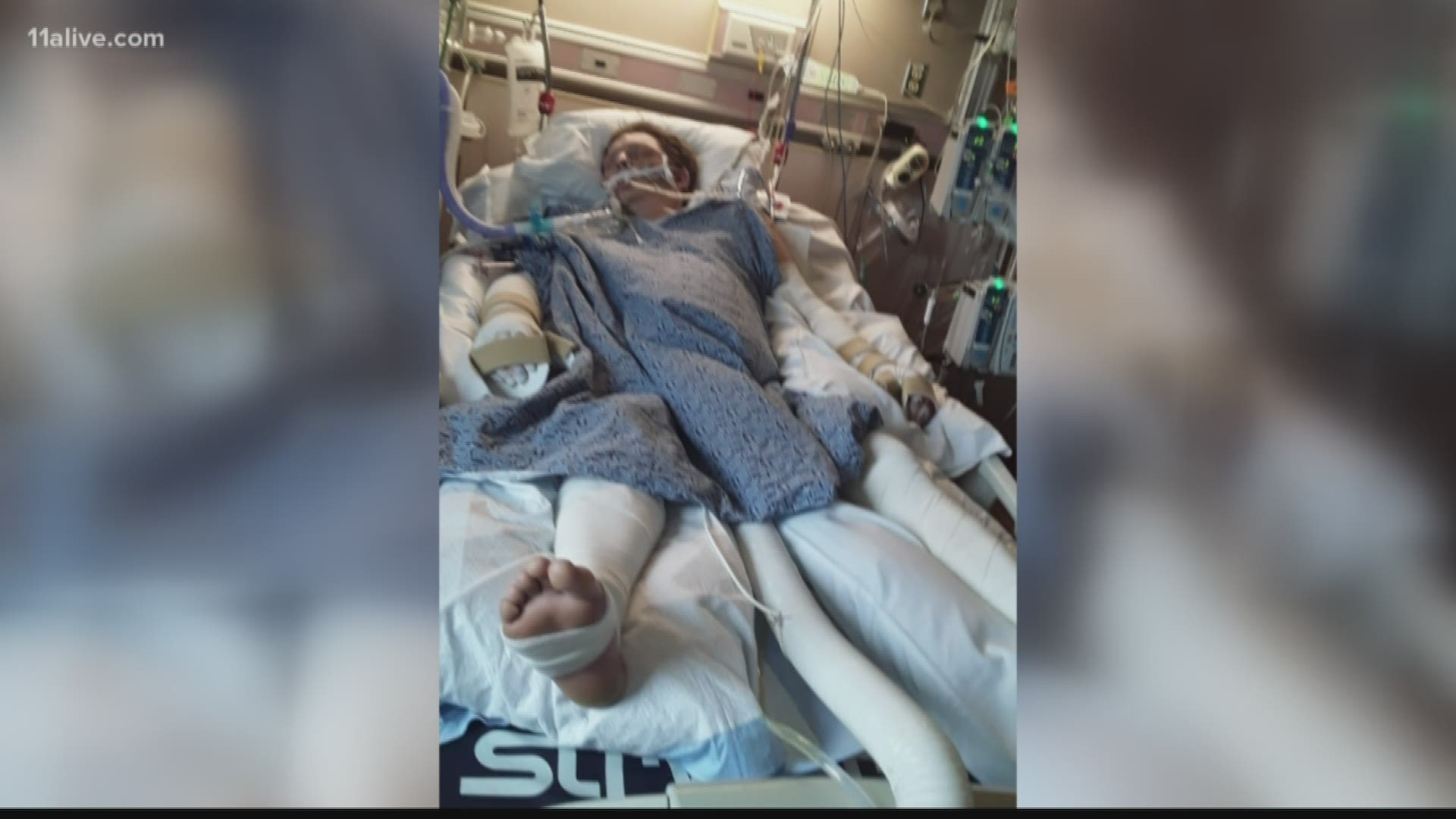 MILTON, Ga. — A local father is in surgery after an explosion at his job burned 60 percent of his body.

Bill O'Kon is at Grady Hospital, where his wife tells 11Alive's Kaitlyn Ross they're doing everything that they can to help him.

The incident happened Thursday, where he was doing what he loved the most - restoring cars. He was at work in the garage when chemicals used for car maintenance ignited his work area.

Cameron held her husband's hand before he was wheeled back in to surgery Monday morning. She has been with him nonstop.

"My in-laws and myself have been going around the clock, and without their support and the prayers, I just don't know how I would still be standing," she said.

Cameron said Bill was still alert after the explosion and called her screaming.

He was life flighted to the Grady Burn Unit where he's been in a medically-induced coma ever since.

"We don't know if there's going to be nerve damage yet," Cameron said. "We are worried about his mental state when he wakes up."

There are currently two fundraisers for Bill O'Kon, you can help his family through either one: Click here and here

They're worried because his hands are the most severely damaged, and he works with his hands for a living restoring the cars.

Bill's worth ethic extends to their three children - Cameron said he's a wonderful father, both to them and to their new special needs dog, TimTim, who they just adopted from Dog Days Rescue a few weeks ago.

"He has been the completion that our family needed. He just had a stroke, so he is going through some medical changes, and it's been a balance to make sure everything is OK," Cameron said of the dog. "But he is coming back around. I can't wait til Daddy gets to come home to give him his treats.

The family was told Bill should expect to spend at least a month in ICU.

Cameron believes that he will make it home, and come back stronger than ever.

Milton Fire Rescue responded to the explosion and in a statement Monday said the "swift, effective actions of these firefighters proved instrumental in preventing further loss or damage."

They ruled the fire an accident.