The homeowner says he immediately filed a police report. 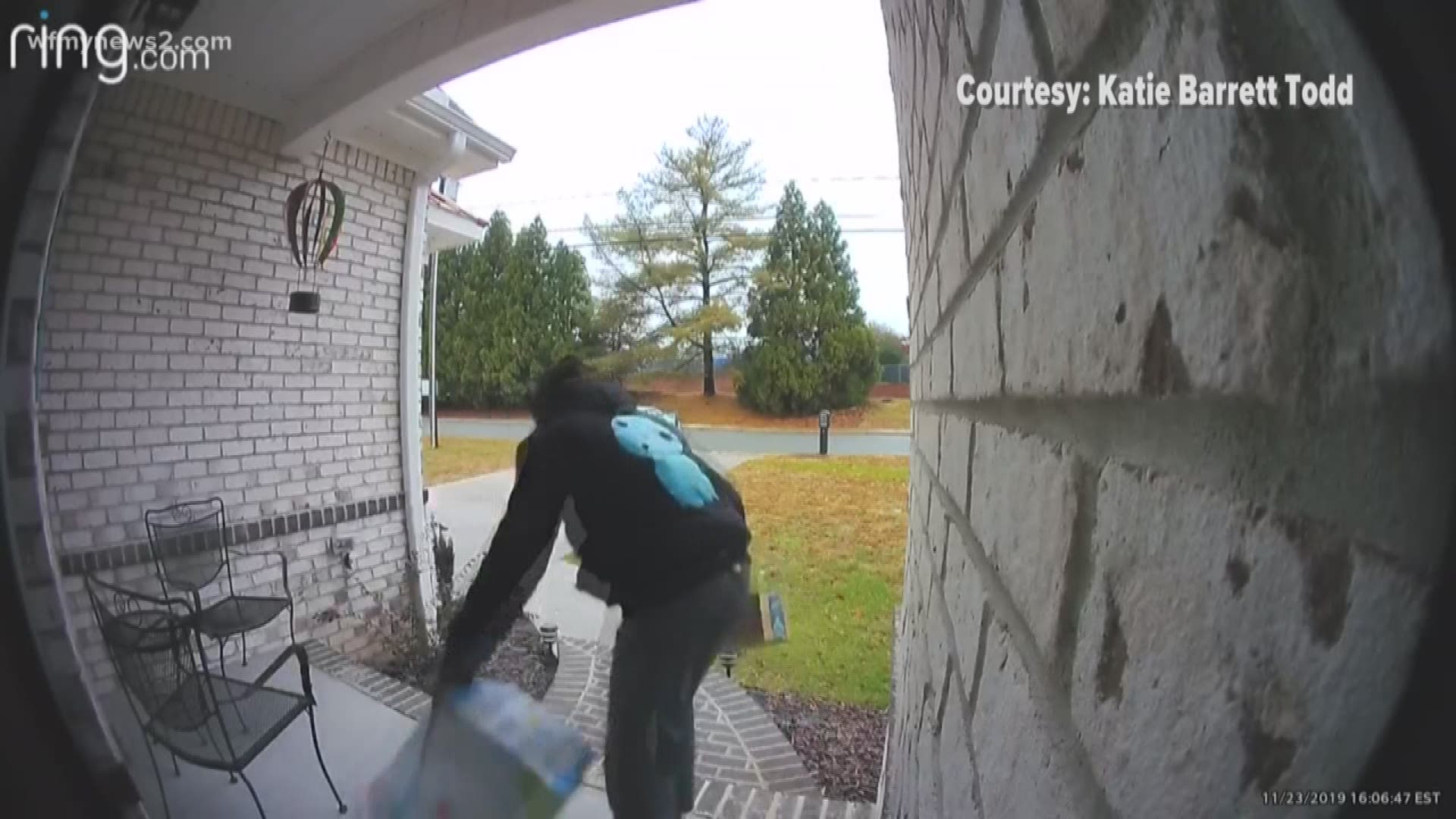 GREENSBORO, N.C. — A Lindley Park resident is frustrated after a porch pirate took a package from his doorstep moments after it was delivered by UPS.

According to the homeowner, who asked to remain anonymous, the incident happened on October 30 in broad daylight. He says he immediately filed a police report.

A letter to the homeowner from the Greensboro Police Department states the investigative squad was unable to develop a suspect, but if anything develops, an active investigation would be launched.

Last week, we shared with you two separate incidents of porch theft that also happened in Greensboro.

26 million Americans fall victim to porch pirates during the holidays, according to a survey by InsuranceQuotes.

Greensboro Police don't have specific numbers for porch pirates, because porch theft registers in their system as larceny. But the department says that porch theft tends to be 'cyclical,' meaning more porch theft happens around certain times of the year when there are more deliveries.

Here's what you should do if you fall victim to porch pirates: