The teen said she was halfway into the bus home from West Stokes High School when the bus driver shut the doors on her. 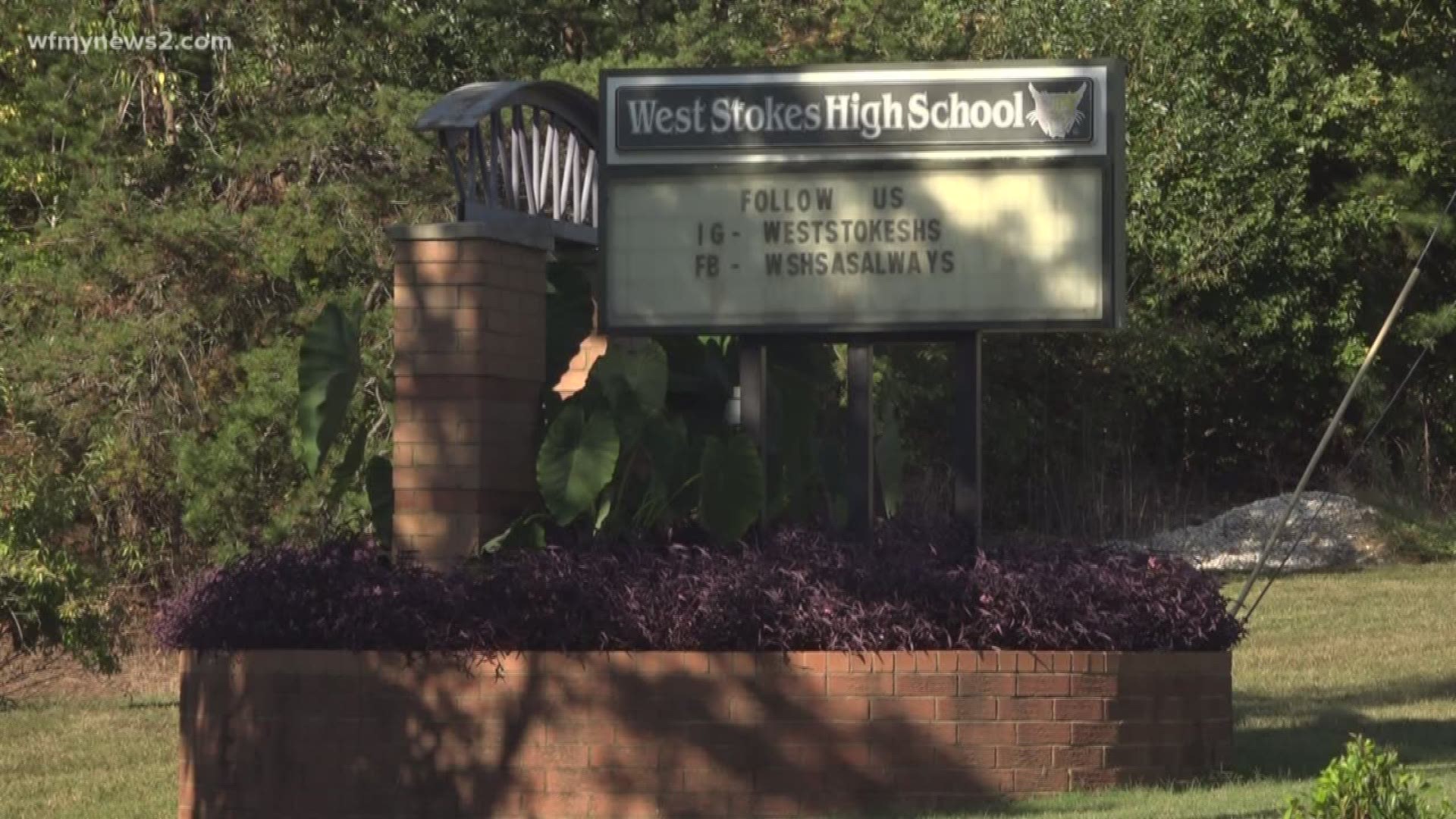 STOKES COUNTY, N.C. — A Stokes County mom is upset after she says a school bus driver who put her child in danger is still on the job. Now her daughter is afraid to ride the school bus because of the driver.

Stephanie Martin of King is furious about what she says happened to her daughter in late September.

The 10th grader texted her mom at work to tell her what had happened. The teen said she was halfway into the bus home from West Stokes High School when the bus driver shut the doors on her and trapped her. She said she was shocked when he kept going.

"Yes the bus was moving for around a minute I asked him can you open the door off of me and he didn't so I had to forcefully open it myself and he didn't apologize or anything," said Tristan.

"If I accidentally do something to hurt somebody the first thing I would do a stop whatever I'm doing and I'm going to make sure that person is ok. None of that happened," said Martin who followed up with school authorities.

School officials say the bus driver was disciplined according to school policy and law enforcement investigated and determined no charges will be filed.

"The principal of West Stokes High School was informed that a school bus driver inadvertently closed the bus entrance door while a student was boarding the bus. The incident was reported to the School Resource Officer and investigated by both school administration and law enforcement personnel. The student did not sustain any injury and no criminal charges are pending. The driver of the bus has been disciplined in accordance with applicable Stokes County Schools policy. Student safety is, and will continue to be, the number one priority of the Stokes County Schools. To clarify on the student, there was no serious injury. The mother took her to a medical provider and she returned to school the next day with no restrictions or evidence of injury observed."