Authorities told media the totality of the investigation led them to Robert James Adkins, who was surprised when they showed up to take him into custody. 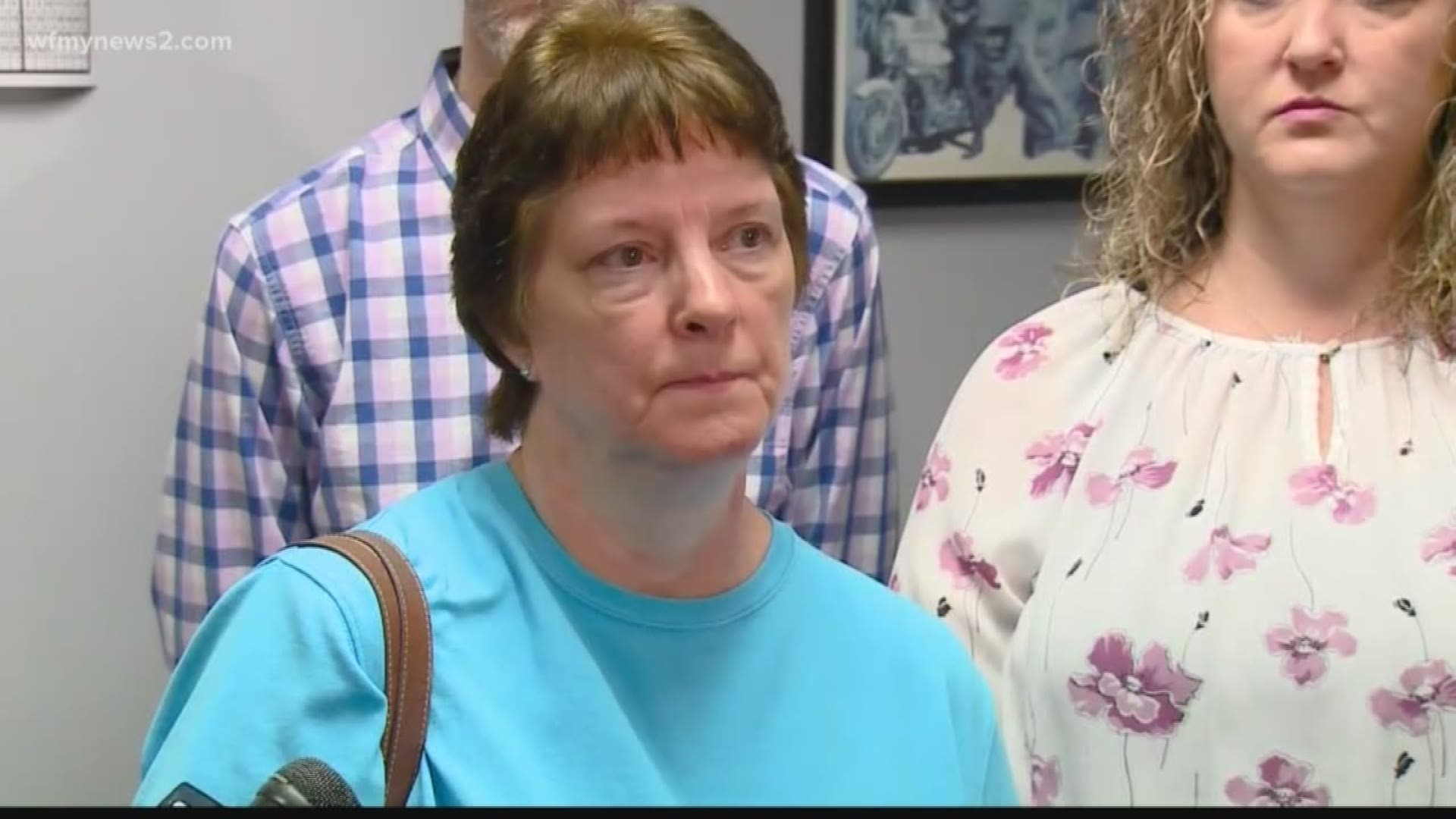 DOBSON, N.C. — A team of investigators held a news conference on the 1980 rape and murder of a 14-year-old Forsyth County girl Wednesday.

An update on the nearly 40-year-old crimes revealed investigators across several states conducted more than 100 interviews while trying to gather information.

"Off and on wondering when the day would come because I always knew it would," said Vicky Thomas, Ronda's aunt.

Authorities told media the totality of the investigation led them to Robert James Adkins, who was surprised when they showed up to take him into custody. Hudson said they spoke with Adkins several times in the past, identifying him as a suspect.

"Why did you do it? There was no reason and you are where you are now and you should’ve been a long time ago," said Thomas.

The Surry County Sheriff’s Office arrested Adkins, 62, of Fisher Valley Road in Dobson, in connection with the murder of Ronda Mechelle Blaylock on Friday. Adkins is charged with First Degree Murder and First Degree Forcible Rape.

Thomas said Ronda's mother passed one year to the day Adkins was arrested.

"She was the guidance. From beyond she guided. That was a given. She said this is the day. One year from when she passed. She said it was time," said Thomas.

Adkins appeared in court Monday morning with his next appearance on Sept. 9. He’s being held at the Surry County Detention Center with no bond. 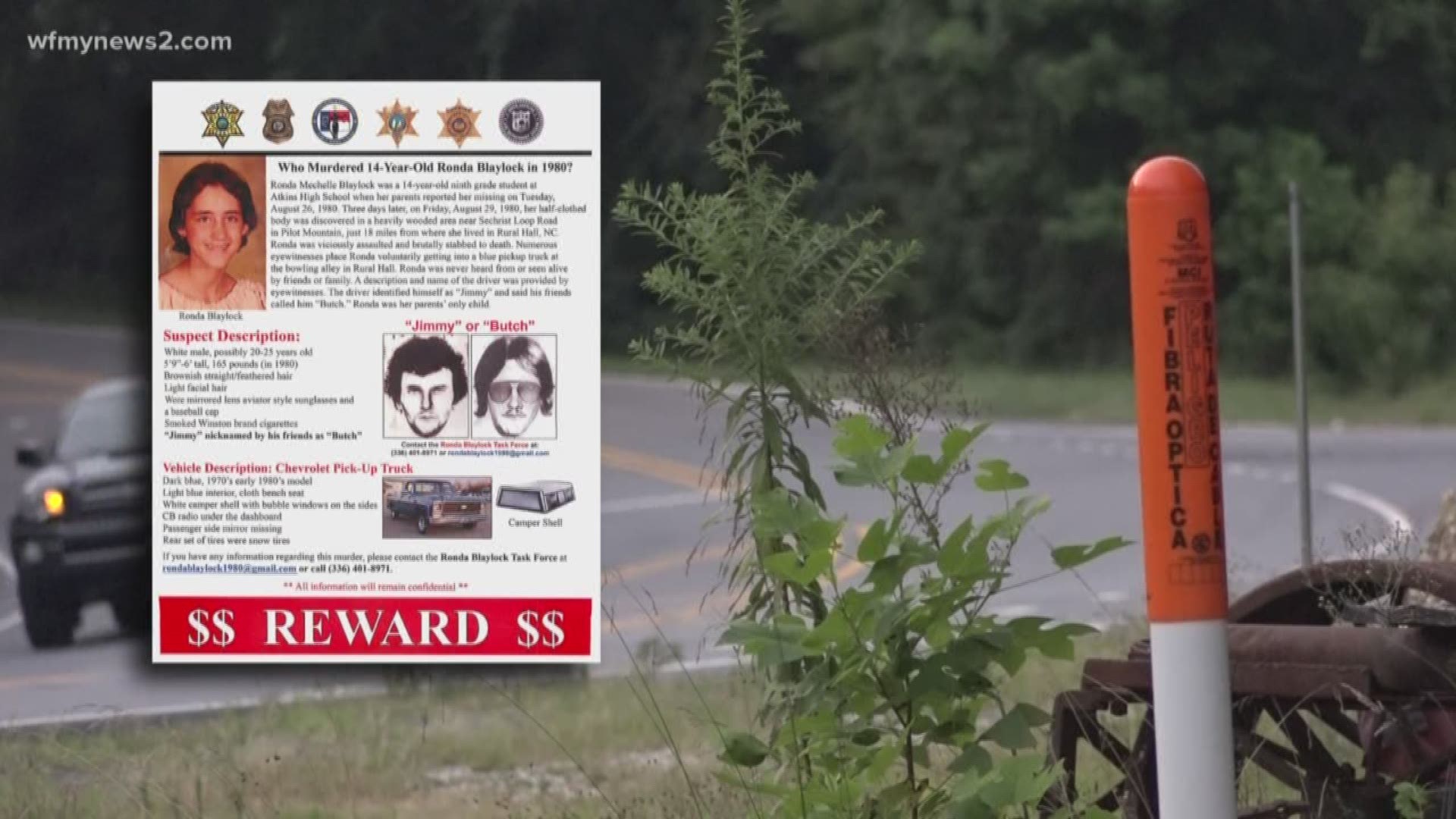 "The average person takes about 20,000 breaths a day. Times that by 39 years, that’s almost three hundred million breaths that she never got to breathe. He’s already had his life time," said Kevin Thomas, Ronda's cousin.

Blaylock was from Forsyth County and a freshman at Atkins High School. She was last seen in the Rural Hall area on August 26, 1980, the day she was reported missing. Her and a friend were walking home from school when they accepted a ride from a man in his early 20s in a blue Chevrolet pickup truck. The friend was dropped off, but Blaylock never made it home.

Authorities said Adkins was the last known person to be with Ronda. Her body was found on Sechrist Loop Road, a dirt road in Pilot Mountain in a heavily wooded area.

In 2003, 2010 and 2013, new information was obtained and the case was briefly reopened. In 2015, A state-led task force started investigating the case. Interviews conducted in North Carolina, South Carolina, Pennsylvania and Ohio didn't lead to new evidence, resulting in the case going cold again.

The case is still an active investigation.

'We have to keep these types of cases close to our chest to not harm the outcome," Captain Scott Hudson said.

RELATED: She was walking home from school and was never seen alive again after getting into a pickup truck