So far more than 300 dogs and 150 cats have been turned in this year, according to officials 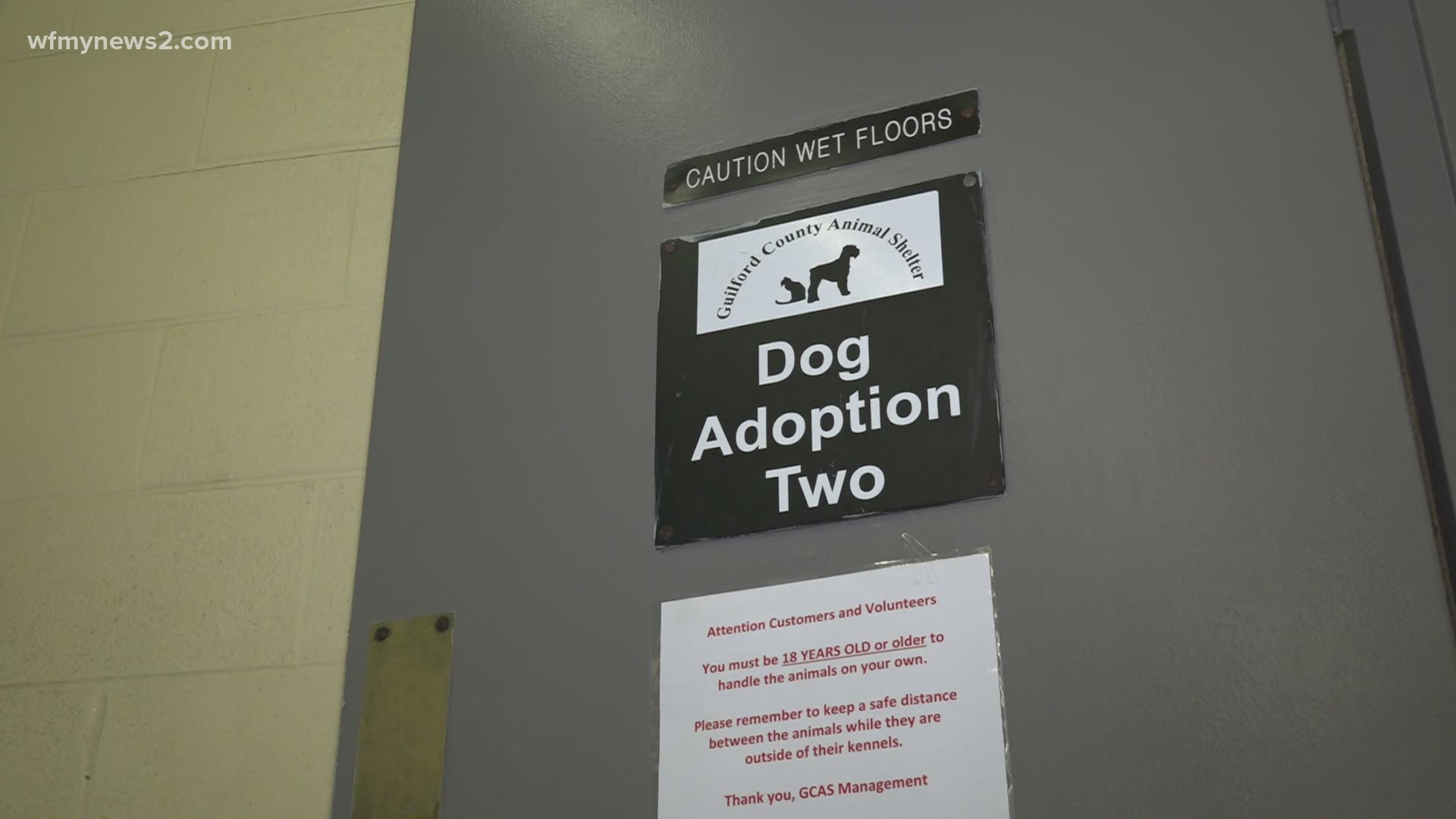 GREENSBORO, N.C. — Officials with the Guilford County Animal Shelter said they are seeing more people coming in to surrender their pets. The shelter has taken in nearly 500 animals in the past five months, according to staff.

"That cat that probably would've been surrendered in May 2020 did not get surrendered in 2020 until no," said Jorge Ortega, Guilford County Animal Services.

Despite the troubling trend, staff and volunteers have started preparations for this weekend's first adoption event at the shelter. They hope the surrendered pets can get picked up and taken to a forever home.

So far more than 300 dogs and 150 cats have been turned in this year, according to records. Officials say there are numerous reasons for the surrender which are not limited to the impact of the pandemic.

"We have scenarios from folks not being able to have jobs or losing jobs, not being able to afford housing. We have those situations like folks who might have adopted the animal during the pandemic and now realizing they might not be a good fit and they have to just surrender," Ortega said.

The number of surrenders is on pace to top 2020 totals which saw 600 surrenders. Officials however said despite the volume of intakes, this year's number so far is on track with trends before the pandemic as services begin to normalize.

Field teams at the shelter are now responding to calls, other shelter operations are returning and appointments for adoptions and pet surrenders are being booked.

"I don't think it is like 'Oh my gosh the shelter is open again let's surrender our dog' or 'The dog that we adopted yesterday, we need to surrender it'. I think it's just scenarios that are happening that used to happen years ago and we're just getting back to that situation but it's just happening really fast," Ortega said.

The shelter is holding its End of Spring Adoption Fair Saturday from 12 noon to 3 p.m. It's the first adoption event since the pandemic shut things down last year.

"There is an adoption special. We really want to encourage folks who want to add furry friends to their family," Ortega said.