Family members say 37-year-old Miranda Curtis and her daughters, 8-year-old Ariyana and 14-year-old, Zyilyan all died in the crash. 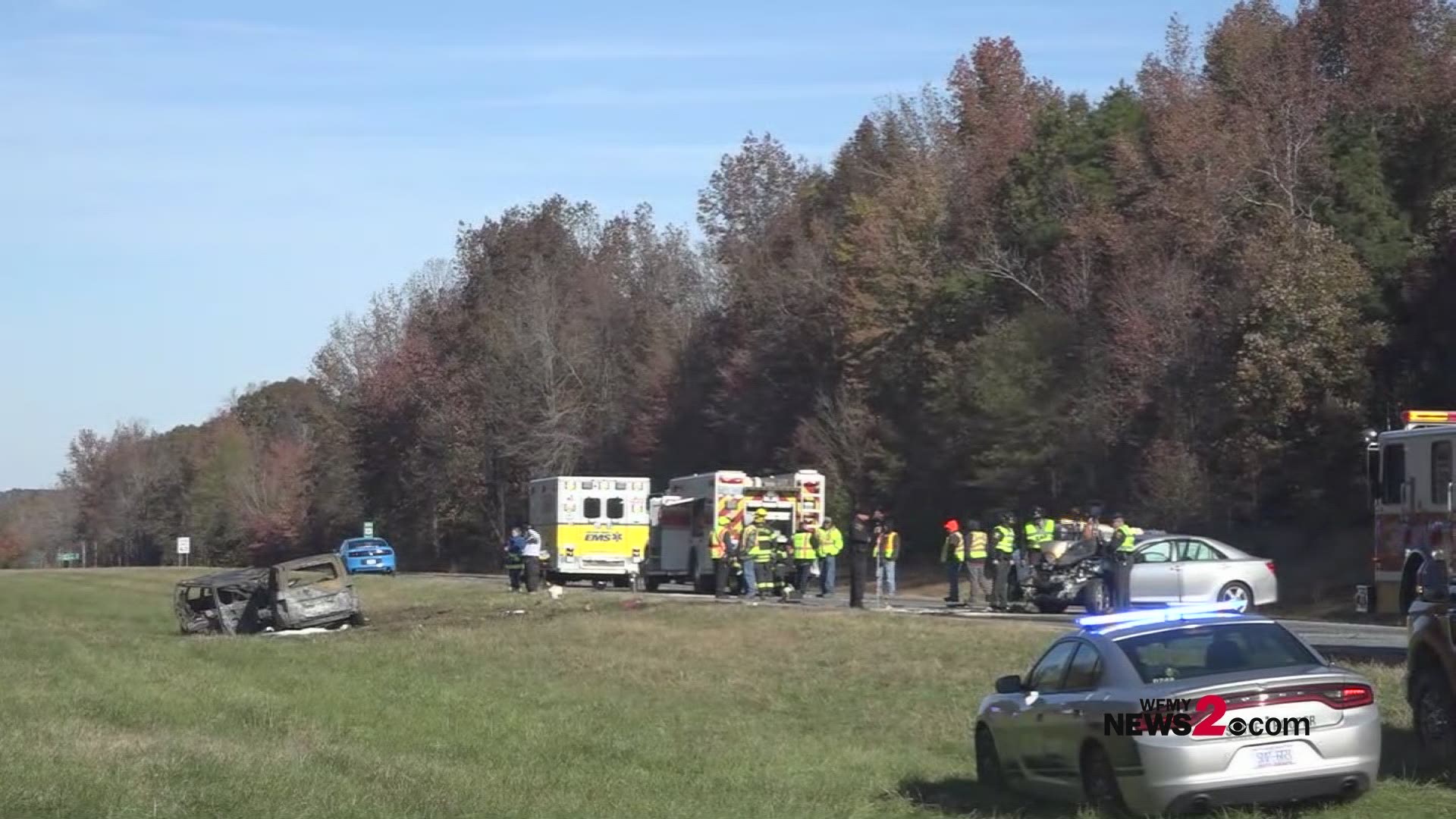 PLEASANT GARDEN, N.C. — A mother and her two young daughters died Wednesday in a fiery crash in Guilford County, according to family members.

Highway Patrol confirmed 37-year-old, Miranda Curtis and her daughters, 8-year-old, Ariyana and 14-year-old, Zyilyan all died in the crash.

The said the crash happened Wednesday shortly before 8 a.m. on US-421 north near Highway 62 and included three vehicles, NCSHP says.

A Jeep driven by Curtis was going slowly on the highway because of mechanical problems. It was hit by a Toyota driven by Nicole Chrisco, 22, of Oliva, North Carolina. The Jeep ran off the roadway and into part of the median. That’s when a Honda SUV, driven by Marie Michalicova Beazlie, 39, of Colfax hit the Jeep while trying to avoid crashing into the Toyota that was stopped on the highway and on fire. The Jeep also caught on fire along with the Honda SUV.

RELATED: Balloon Release In Honor Of Victims Of US-421 Crash