Guilford County Schools' leaders say they disciplined the students involved in what they call the first of its kind this year at Northeast Middle School. 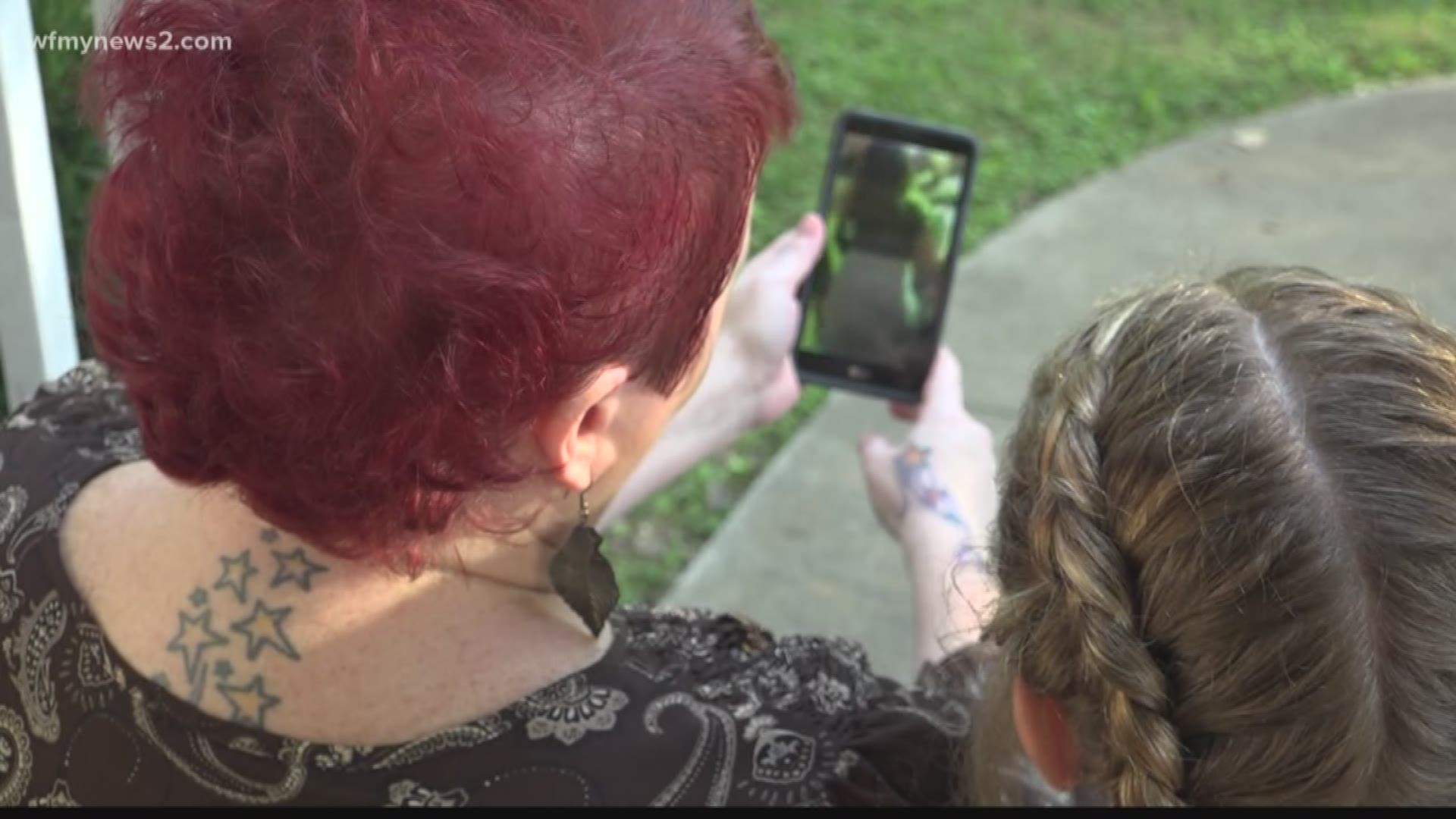 GUILFORD COUNTY, N.C. – Last week, a wild middle school fight was caught on camera. Dozens of students in the hallway watched, some even recorded the attack at Northeast Middle School in McLeansville.

Bailei Campbell is the student pictured in the video, and now, the 7th grader’s mother says she will not return to Northeast Middle School, because she doesn't feel safe sending her daughter back after seeing footage for herself.

“I was super scared, and I didn't know what was going to happen next,” said Bailei, “I was disappointed that nobody came in to help me, even though there was a whole bunch of people out there.”

“They started recording while she was walking towards them, and one girl that hugged her,” said her mother Jennifer Campbell, “You could see the girl coming up in the video behind, grabbing your hair and just started throwing her around. She doesn't even weigh 100 pounds.”

Bailei says, the incident happened after a classmate made a fake Snapchat account impersonating her. Whatever the reason, Jennifer says the clips of her daughter being thrown around are enough to keep her home.

“You don't send your kid to school for somebody to hurt them. It broke our hearts, it was okay until I saw the video, and then I went nuts,” she said.

Guilford County Schools (GCS) says school leaders disciplined the students involved in what they call the first of its kind this year at Northeast Middle. The principal says since the fight, they've changed staff presence throughout, so there are more adults around, watching students between class.

The school system reports there have been 7 disciplinary incidents since the start of school this year, compared with last year’s number of 32 incidents. Leaders credit this improvement to a relatively-new program for GCS called “Restorative Practices,” where teachers and faculty learn methods to cut down on bullying and violence, and promote a greater sense of school community.

Even so, Jennifer won't be sending her daughter back.

“I'm going to start homeschooling because she's safe here. I would be the craziest mom ever to send her back into that place when you watch that video,” she said.

Northeast Middle is one of 15 schools across Guilford County with the “Restorative Practices” mediation program. The school system reports around 500 teachers have gone through the training.