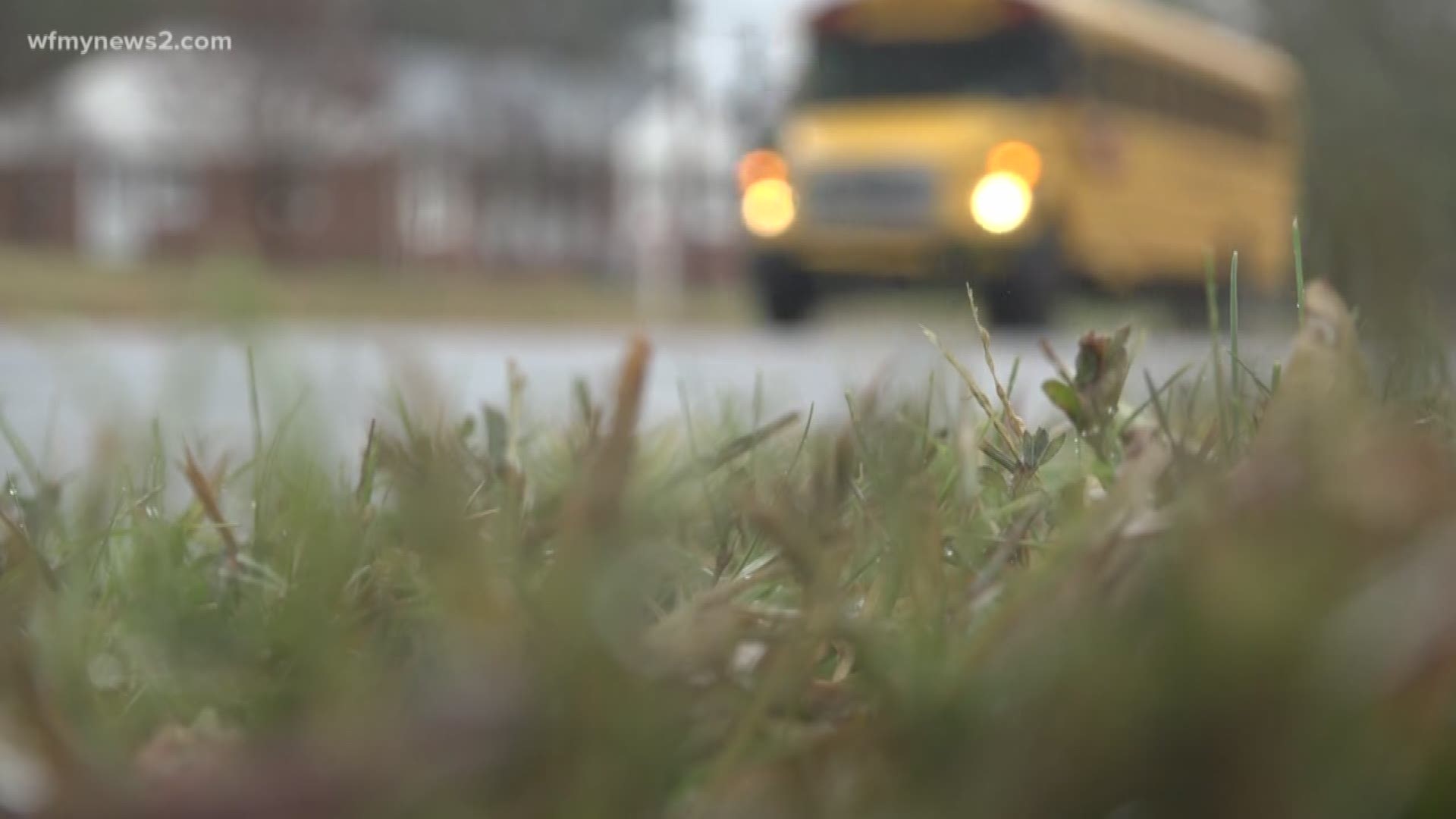 She says he attends Weaver Academy.

Garris says the bus also carries students to Eastern Guilford High School, and a middle school. She said the bus has too many kids on it, forcing students to sit on the ground.

She said 2-3 students were sitting on the floor.

"2-3 is too many, one is too many, no one is supposed to be sitting on the floor at all it's a safety hazard," Garris stated.

Her son captured it on video Thursday morning.

"So I actually contacted the transportation department," she stated.

That was in October. She says after months of back and forth, a resolution was reached.

"I'm glad we came to a resolution," Garris said. "I feel vindicated, not just for me but for these children."

The district told WFMY News 2 that there will now be two separate pickup's at the same bus stop for this particular route, to avoid overcapacity issues. This new pickup schedule will start Monday.

It means Garris' son will have to head out the door earlier, but she is more than OK with that.

"I have to have a voice these kids," she explained. "Some of them don’t say anything to their parents about what’s going on."

She said she looks out for all children.

"It wasn’t my son that was actually sitting on the floor, it was another child," she said. "We’re trusting our kids lives in these people’s hands and they need to make sure these kids are safe."

How is the capacity of a school bus determined?

In simple terms, for elementary level, there can be three students per seat.

For middle school students, there can be 3 on one side, and 2 on the parallel side.

For high school students, there can be 2 per seat.

RELATED: 'I screamed at him, stop!' Mother concerned after driver almost hits school bus, her daughter

RELATED: $2 billion dollar master facilities plan: what will it take to pay it?