Gov. Roy Cooper said it's time to redouble efforts to keep schools safe by investing in educators and keeping guns out of schools. 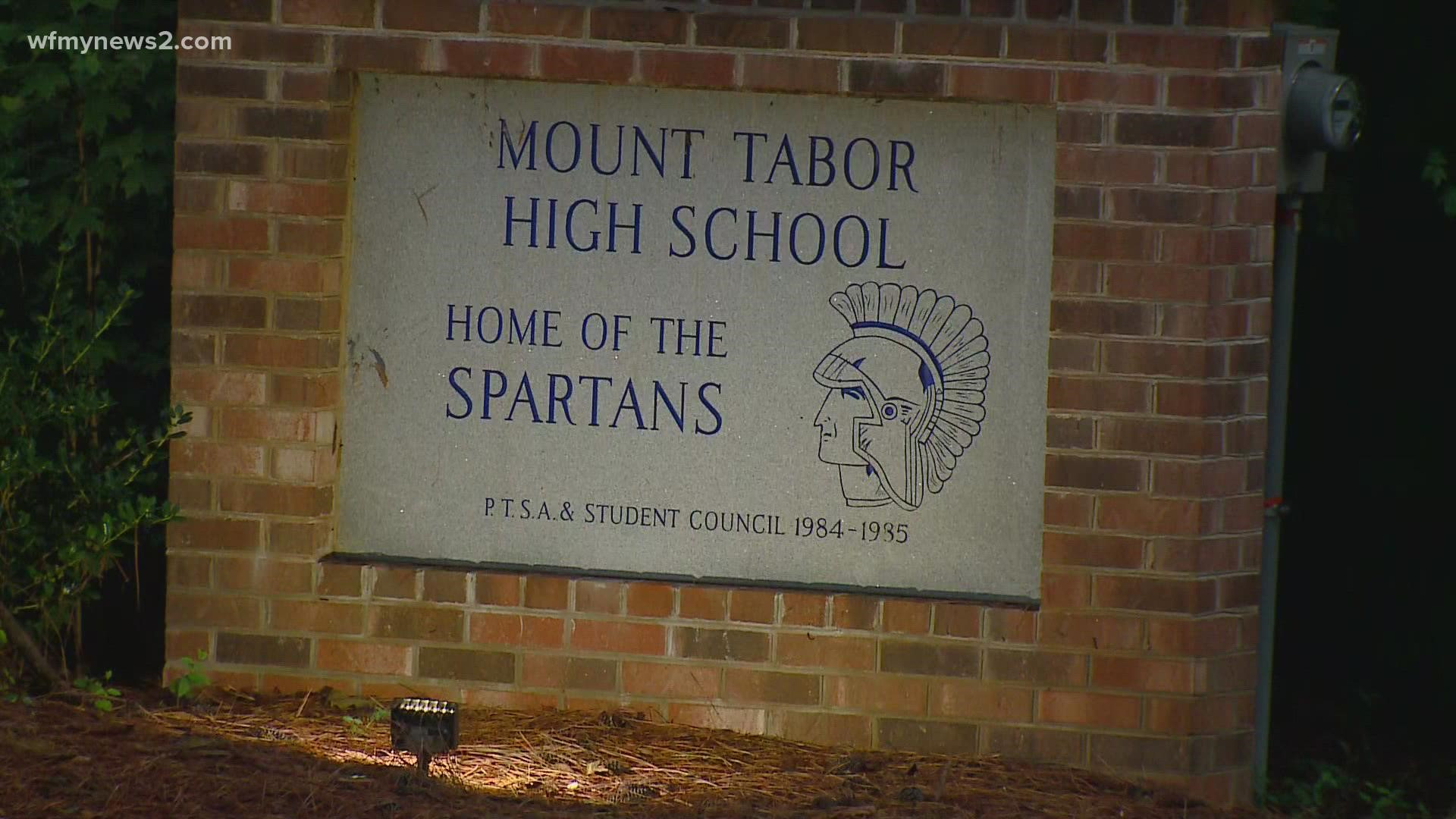 WINSTON-SALEM, N.C. — Leaders from Winston-Salem and the state spoke Thursday on the deadly shooting at Mount Tabor High School.

Gov. Roy Cooper, Forsyth County sheriff Bobby Kimbrough, and Winston-Salem police chief Catrina Thompson all spoke about the strength of the community in the wake of an unthinkable tragedy.

"Our hearts go out to the parents and the family of this young man who was shot and killed," Gov. Cooper said.

"I applaud the teachers at Mount Tabor. How they sheltered those kids in place," he said. "We will get through this. And we won't let fear stop us from moving forward together."

"What you experienced yesterday at Mount Tabor - no one should ever experience at all, ever, in their lives," she said. "It is OK not to be OK today."

Cooper said it's time to redouble efforts to keep schools safe by investing in educators and keeping guns out of schools.

He was asked whether metal detectors would be considered as a prevention measure going forward.

"That is a pretty dramatic step, but I don't think you can take it off the table," Cooper said.

Winston-Salem/Forsyth County Schools' superintendent Tricia McManus was asked if a policy requiring students to wear only clear or mesh backpacks would be considered.

"There is not currently a backpack policy...but that's a potential strategy as well," she said.

She said the district focuses on prevention efforts and teachers were prepared to protect kids yesterday.

"Our teachers responded beautifully. Yes, they have practiced lockdown drills. They were ready for this type of incident. Not that we ever want to have to actually follow through with it," McManus said.

District Attorney Jim O'Neill said his office has a zero-tolerance policy for violence in schools, but it's time to do more to protect students.

"We have to guarantee our schools are safe. We've spent a lot of time on these school violence plans," O'Neill said.

"We need more Boys and Girls Clubs. We need more volunteers so that children have options after school is over. There are a lot of two-parent working homes out here, and there's no one back there watching their child in sixth and seventh grade when gangs can very easily persuade a child to come follow their lead, and if a child enters a gang in sixth or seventh grade, we've lost them, folks. We've lost them," O'Neill said.

"We need things for our children to do after school that are positive and productive," he continued.

O'Neill would not say whether the shooting was gang-related, referring to the ongoing investigation.

"Let me reiterate that we cannot comment on the facts of this case. When I'm speaking about those sorts of issues, that's a broader social issue that we deal with in a metropolitan area like this," O'Neill said.

Mount Tabor is closed Thursday while students, staff, and families cope with the tragedy. The school system is also offering off-campus grief counseling services to students.

This was the second shooting at a North Carolina high school this week.