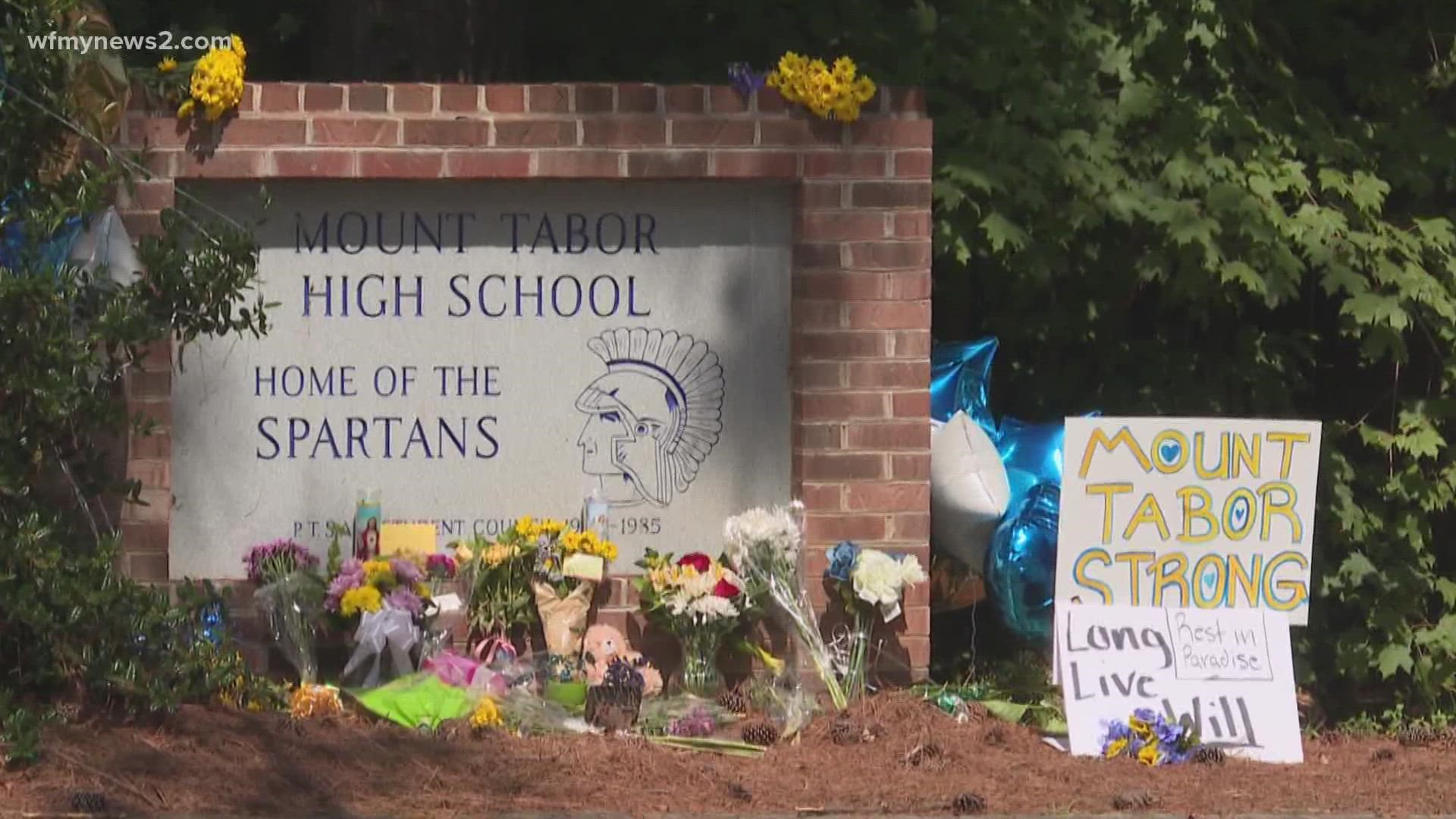 WINSTON-SALEM, N.C. — It was an emotional welcome back for Mount Tabor High School students as they returned to campus for the first time Tuesday after the deadly shooting there nearly one week ago.

For some, the fear hasn't subsided. Others said getting back to normal has helped them heal.

Parents, staff and community members lined up outside the high school to greet students with hugs and love.

"The school really came together and you know, there's just a lot of Spartan pride," Davis Potter said.

"It was not scary going back at all for me," Derek Elliott said.

Davis Potter is a senior who said he walked through the part of the building where the shooting happened.

"I was just looking into all the rooms and looking at where I knew things happened. Places I know I've been before three or four years ago. It was pretty overwhelming but I kind of expected it. You can only expect so much of how you're gonna feel," Potter said.

Inside the school, students like him met up with classmates and teachers who encouraged each other to share their feelings. The school also had therapy dogs available.

"You could leave class whenever and just pet the dogs if you need a comforting which personally as a dog person, I love that," Elliott said.

Elliott is a senior who said the experience makes him appreciate school and his teachers much more.

"I feel like before this I took them for granted but I'm not taking teachers for granted ever again. They're just so strong and I'm thankful that they're in my life," Elliott said.

Both are hopeful school work will return to normal in the coming days but they hope the unity continues.

Now the community hopes to prevent tragedies like the one at Mount Tabor from happening again.

A Winston-Salem group called the Women's Gun Violence Prevention Coalition met about that exact topic in a Zoom meeting. They said they do not think things like adding metal detectors in schools will solve the problem.

They're hopeful to organize more resources to prevent children from seeking guns and violence.