Much excitement in the Triad over Juneteenth Holiday

June 19 marks when the nation's last enslaved people in Texas learned of their freedom, two years after the Civil War and the Emancipation Proclamation. 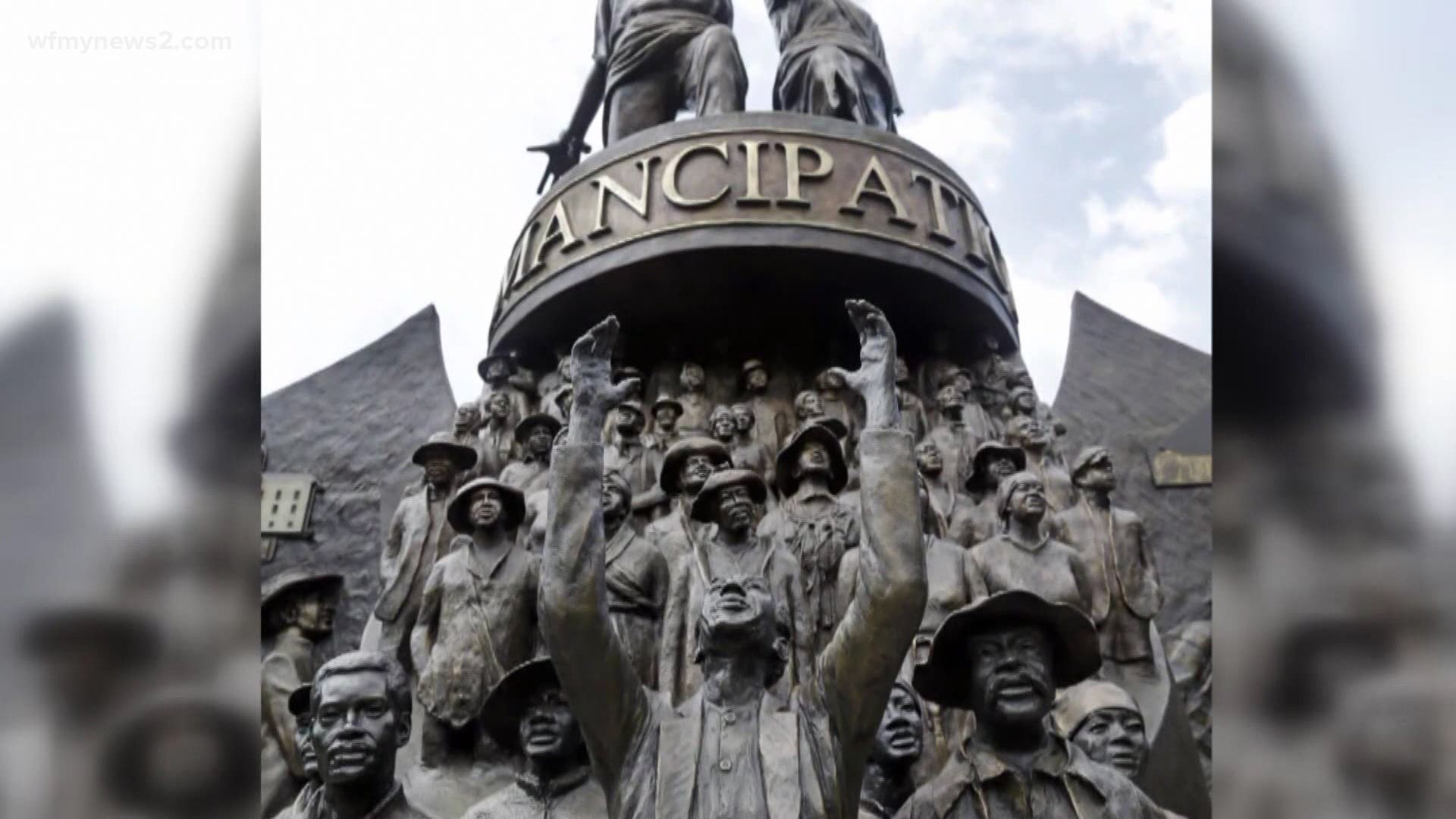 GREENSBORO, N.C. — Many people in the Triad are already reflecting and celebrating Juneteenth. Several businesses, county, and city offices closed on the newest federal holiday. Juneteenth, which occurs every June 19, recognizes the official emancipation of enslaved Black people in the United States.

It's when the nation's last enslaved people in Texas learned of their freedom, two years after the Civil War and the Emancipation Proclamation.

"I never thought that we would have a Juneteenth federal holiday, it just didn't come into my consciousness, but I am glad that we have finally turned that corner," said John Swaine of the International Civil Rights Center & Museum.

RELATED: Juneteenth events around the Triad

"I am pleasantly surprised. Surprised that this day has been designated for the recognition of the struggles that African-Americans have endured," said Gerry Howell, a retiree visiting the museum from Delaware.

"It's a step forward. I don't think it's a big enough of a step, but it's a step forward to what we're wanting as far as equality," said Lateisha Boyken, a 2015 graduate from North Carolina A & T University.

Some said Juneteenth should have been recognized by the federal government years ago.

"This is part of the American culture, freedom, justice, and equality. It's part of who we are, it's in every fiber of our DNA so we should lift it up," Swaine said.

Others said more needs to be done to teach the next generation about important events in history like Juneteenth and others related to the experiences of African-Americans and other minority groups in the country.

"People just think, 'OK Abraham Lincoln freed the slaves and then there was the proclamation of emancipation and everything was good,' but that's not what happened," Bob Layman said.

Layman is a social studies teacher visiting the museum from Pennsylvania with his family.

"Obviously you have things that have been traditionally taught, but things like Juneteenth were not and we are moving now in our district where we are moving away from traditional textbooks which give us an opportunity to look at these things," Layman said.

"Just because we were free doesn't mean that everyone got that same treatment. They still had to work for that and I am glad that we get to celebrate that," said Kaylee Boyken, a middle schooler visiting from Clinton NC.

There are several Juneteeth celebrations happening across the Triad. The City of Greensboro's Juneteenth Celebration starts at 9 am, Saturday with the reading of a Juneteenth Proclamation and several virtual events.