The damage left the interior of the church completely exposed to the elements on one side - and officials said the falling bricks landed on a gas meter. 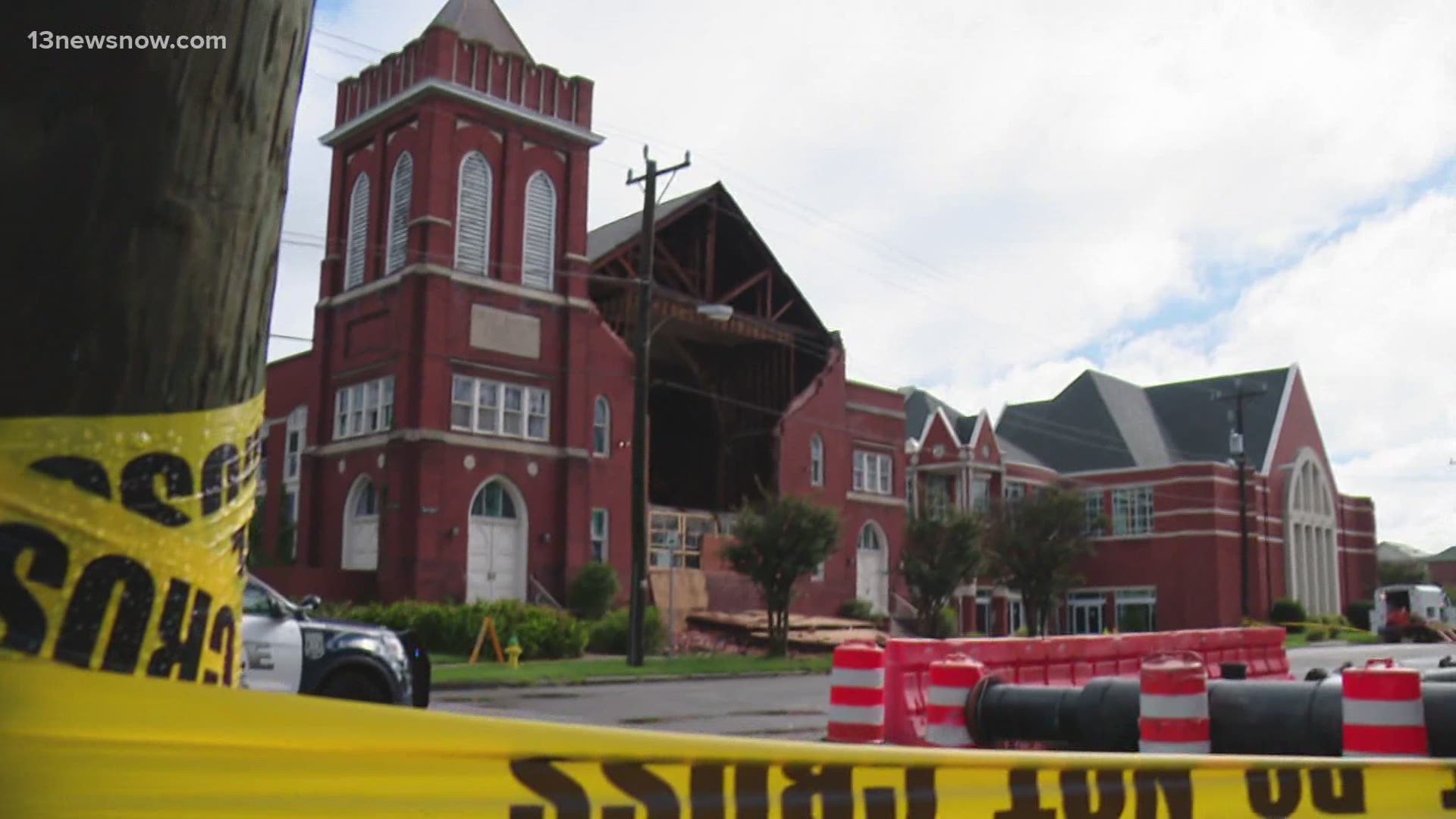 The damage left the interior of the church completely exposed to the elements on one side - and officials said the falling bricks landed on a gas meter, starting a leak.

By noon, the gas leak had been repaired by Virginia Natural Gas workers.

The wall that fell was a section of the older part of the church, which has been built onto since its original construction in the late 1800s.

The Norfolk Fire Department said wind was the likely culprit of the damage to the church.

MAJOR #Isaias damage at the First Baptist Church in Norfolk on 38th Street and Bluestone Avenue. This wall collapsed onto the sidewalk and street below, bricks all over the ground and the area is taped off #13NewsNow pic.twitter.com/RVpPkKR1AC

Fallen wood and bricks are still piled on the sidewalk outside of the church. As of Tuesday, 38th Street is blocked off and traffic is rerouted.

“The big hole, I just can’t get over that, that’s powerful," said Diane Wyatt, who came to see the damage. "Hopefully it can all be fixed right and get back to normal because it’s hard for those parishioners."