It's a massive three-panel sculpture that pays tribute to the Elizabeth River watershed and surrounding coastal ecosystem. 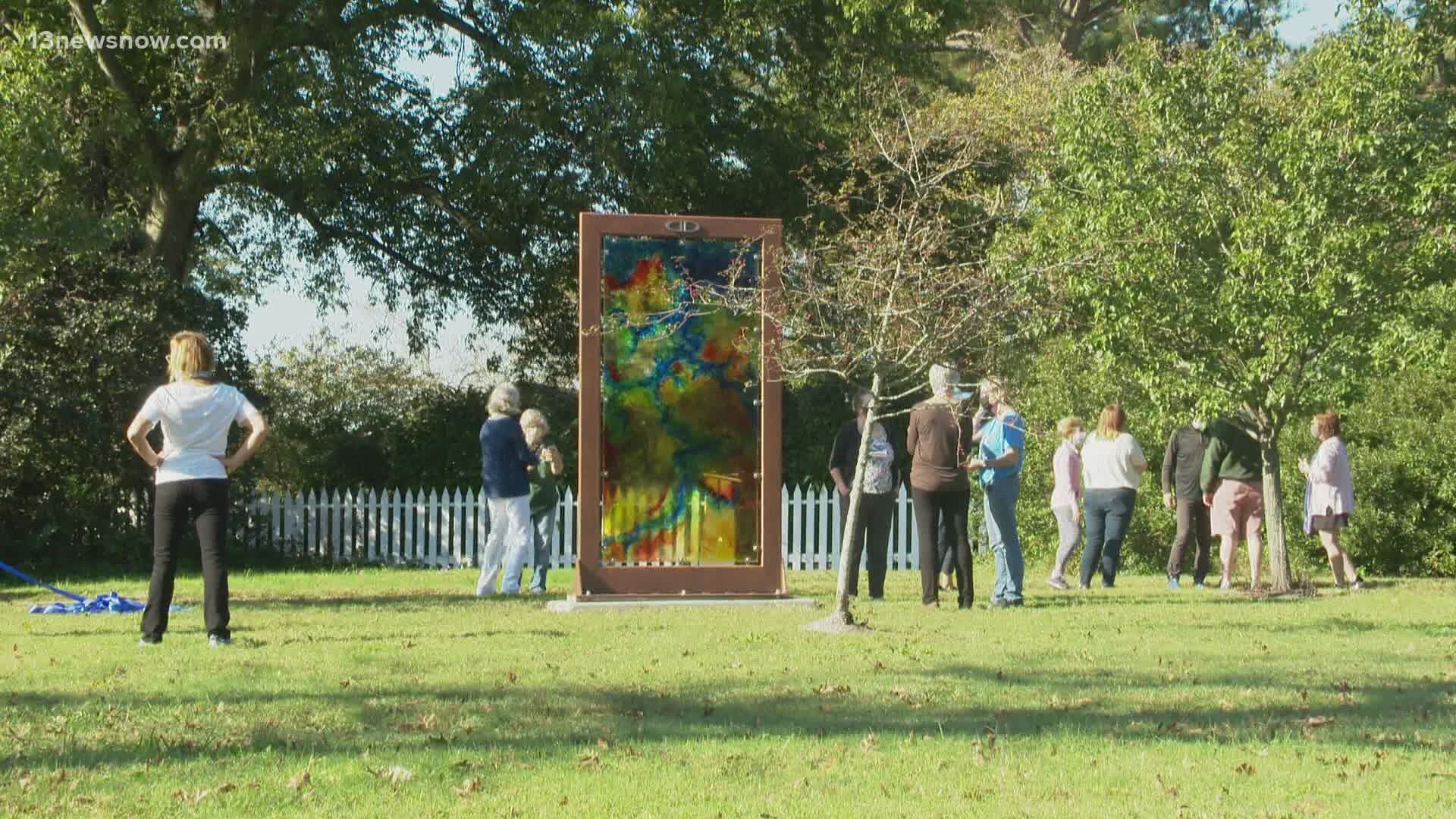 NORFOLK, Va. — There's a new work of art along Norfolk's Elizabeth River Trail inspired by the nature that surrounds it.

It's a large three-panel piece called "The Future is in the Margins."

Members of the Elizabeth River Trail Foundation held a ribbon-cutting to officially unveil the piece.

"All an homage to the Elizabeth River watershed," the foundation's director Cheryl White said.

Artist Deedee Morrison explained, the middle panel is made of resin and is an interpretation of the entire Elizabeth River watershed.

"And it's a beautiful story about the majesty of the place and the expanse," Morrison said.

It's flanked by two more panels, made of steel, that are odes to the native plants.

"You get to have that moment where you're in nature but you also get to see an artistic interpretation of it," White explained. "You may be running by and see some of this native flora and then turn and see a monumental version of it."

You can find the piece at the Larchmont Library Trailhead.

Morrison, a North Carolina native, said she wanted to pay tribute to the natural beauty found along the river and inspire others to be a little kinder to mother nature.

"For millenniums, people have come here for a reason - the water, the richness of the land, the history of the place," Morrison said.

"Just like humans, our wetlands and our biology and our frontline species are really telling us really loud and clear about their story and what's going on in our environment and our cities."

White said getting new artwork is all a part of her group's efforts to enhance the 10.5-mile trail which has seen a record number of visitors over the past few months.

"The trail has unprecedented use this past year," White said. "Absolutely it's the pandemic, people realizing how important open space is, how important it is to preserve those open spaces."