Test your strength, agility at a new obstacle course on the Elizabeth River Trail 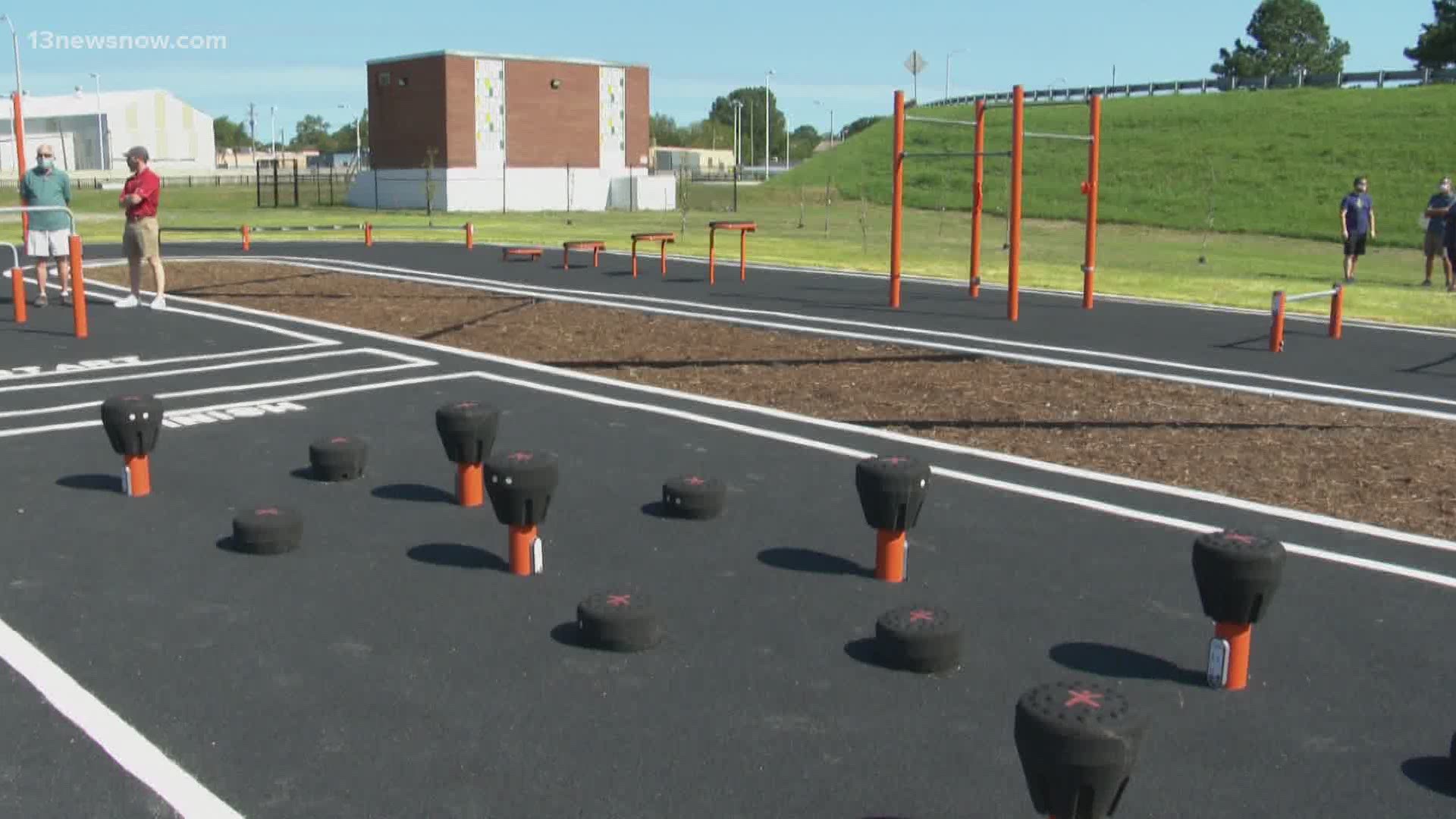 NORFOLK, Va. — If you’re in the mood for a physical challenge, this one’s for you.

The Elizabeth River Trail Foundation launched a new obstacle course, and it has quite the name.

“This is the new Double Turbo Challenge Course,” the foundation's executive director Cheryl White said. “[It's] going to help you build agility and muscle tone, and also just have a really great time.”

The course is by playground equipment company, Kompan.

White said even though we’re still in the middle of a pandemic, she’s noticed a lot more people are using the trail.

“During the pandemic the trail was one of the few amenities that stayed open when the park systems couldn't. We've actually seen a 121% increase at some of our trail counters," she said.

"Right now the idea of having nice, open-air spaces where people can come out and recreate, have some type of connection with their community but still be socially distant, is really important for us."

The obstacle course sits at the trail-head for Plum Point Park on land that was vacant and formerly owned by Norfolk Redevelopment and Housing Authority. It was at one time a construction staging site back when crews were working on the Midtown Tunnel.

“Before this it was completely empty--kind of rubble. One sad dead pine tree," White said. "And it was here for many years.”

But now, White says this transformed space is just another amenity along the trail.

According to a press release sent out by the Foundation, the project is possible thanks to grant funding from KOMPAN and the SunTrust Foundation and additional support from ADS, Inc., Ann P. Stokes Landscape Architects, Elizabeth River Crossing, Furniture Classics, Miller’s Energy, Norfolk Redevelopment and Housing Authority (NRHA) and the Virginia Department of Forestry.