US Navy revives Second Fleet with ceremony in Norfolk

The U.S. Navy has formally re-established its Second Fleet at a ceremony aboard USS George H.W. Bush. 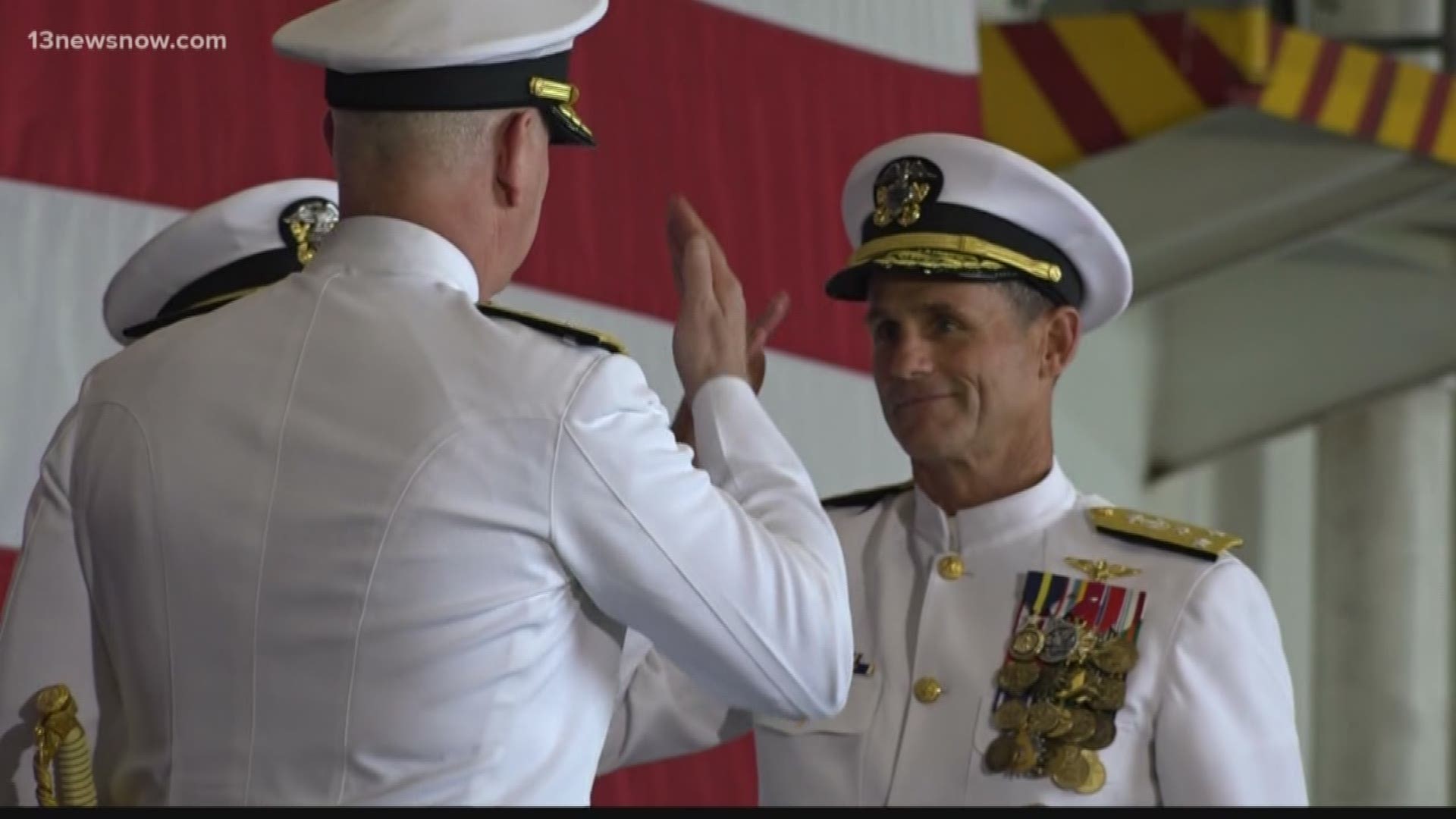 NORFOLK, Va. (WVEC) — The U.S. Navy held a ceremony aboard USS George H.W. Bush on Friday for the re-establishment of the Second Fleet.

The Second Fleet was disestablished in 2011 as part of the Pentagon's cost-saving plan.

In January, Defense Secretary James Mattis announced a new "defense strategy," expanding America's military. ​​​​​​Mattis said there were also "growing threats" from China and Russia, according to the Department of Defense.

The change is mostly organizational. It revives a command that's dedicated to overseeing American warships as they deploy between the U.S. East Coast and the Barents Sea off of Norway and Russia.

"This is where unique capability in Maritime exists. Nowhere else in no other country and it's focused globally," Lewis said.

Headquartered in Norfolk, Second Fleet will exercise operational and administrative authorities over assigned ships, aircraft and landing forces on the East Coast and the North Atlantic, according to a press release.

It will plan and conduct maritime, joint and combined operations and will train and recommend certification of combat-ready naval forces for maritime employment and operations around the globe.

The Chief of Naval Operations, Admiral John Richardson, said the Navy is "not looking for a fight" but trying to prevent one.