Suffolk Police Department collected more toys this year at its annual "Stuff the Police Car" event than it ever has in the past. 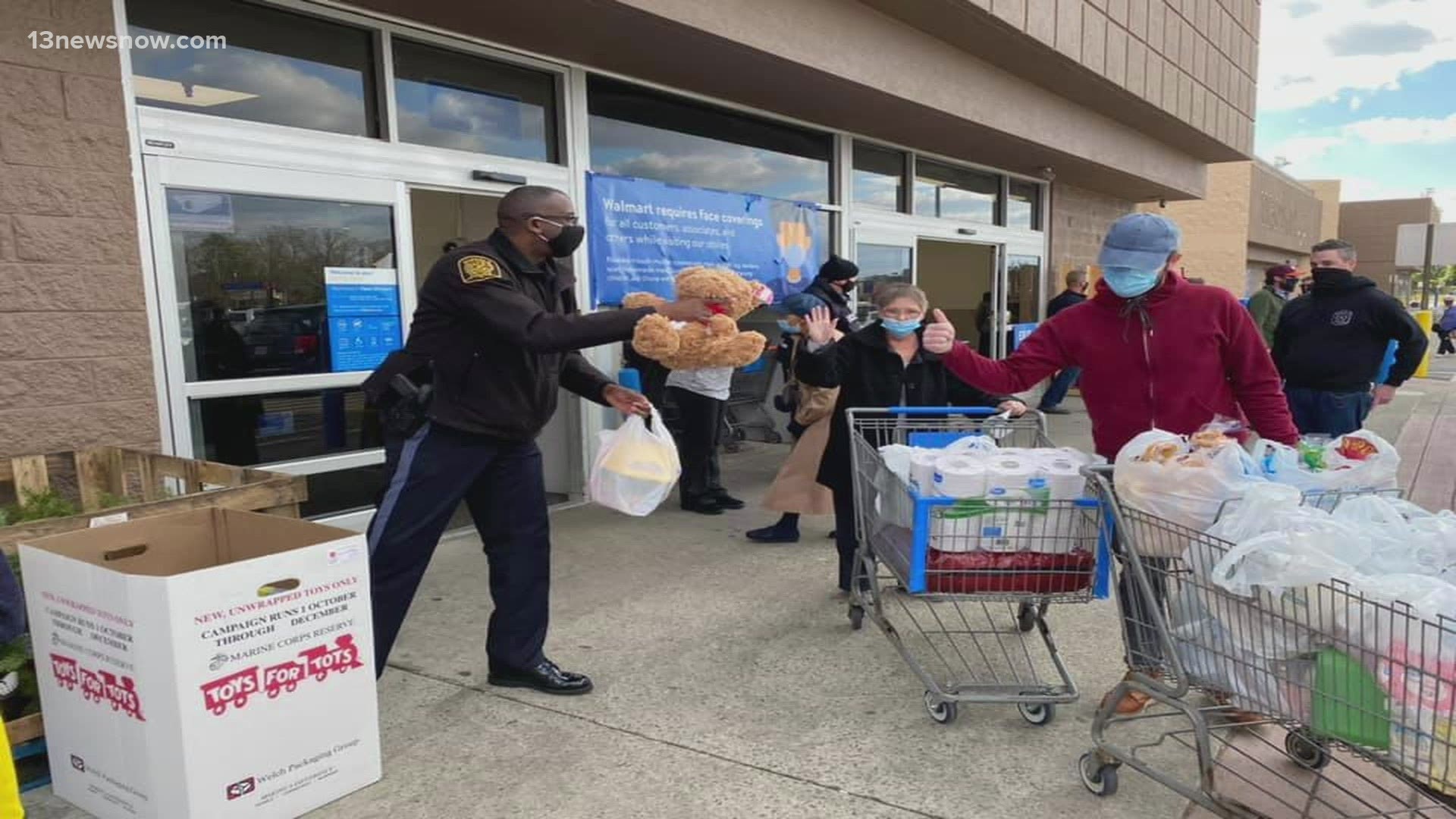 SUFFOLK, Va. — The holiday season is here and on Saturday Suffolk police collected a ton of items that will be donated to children for Christmas.

Suffolk Police Department announced that its "Stuff the Police Car" event held on Saturday, Dec. 5 from 10 a.m. to 2 p.m. at Walmart was a complete success. It was held at two separate Walmart locations, at 1200 North Main Street and 6259 College Drive.

Officers said they had a record-breaking year of collecting donations this time around.

There were about eight to ten police cars that were stuffed with unwrapped items to be distributed to the Toys for Tots. The program was created to help parents who cannot afford to buy their children Christmas gifts.

Social distancing rules were in place at the event, and anyone with symptoms of COVID-19 were asked to stay home. Masks were also required to wear in order to attend.

Donations can still be made to The Salvation Army, for those who missed the event.