A CBBT spokesperson said the person who was driving the truck was Erik Mezick, 47, of Fruitland, Maryland. 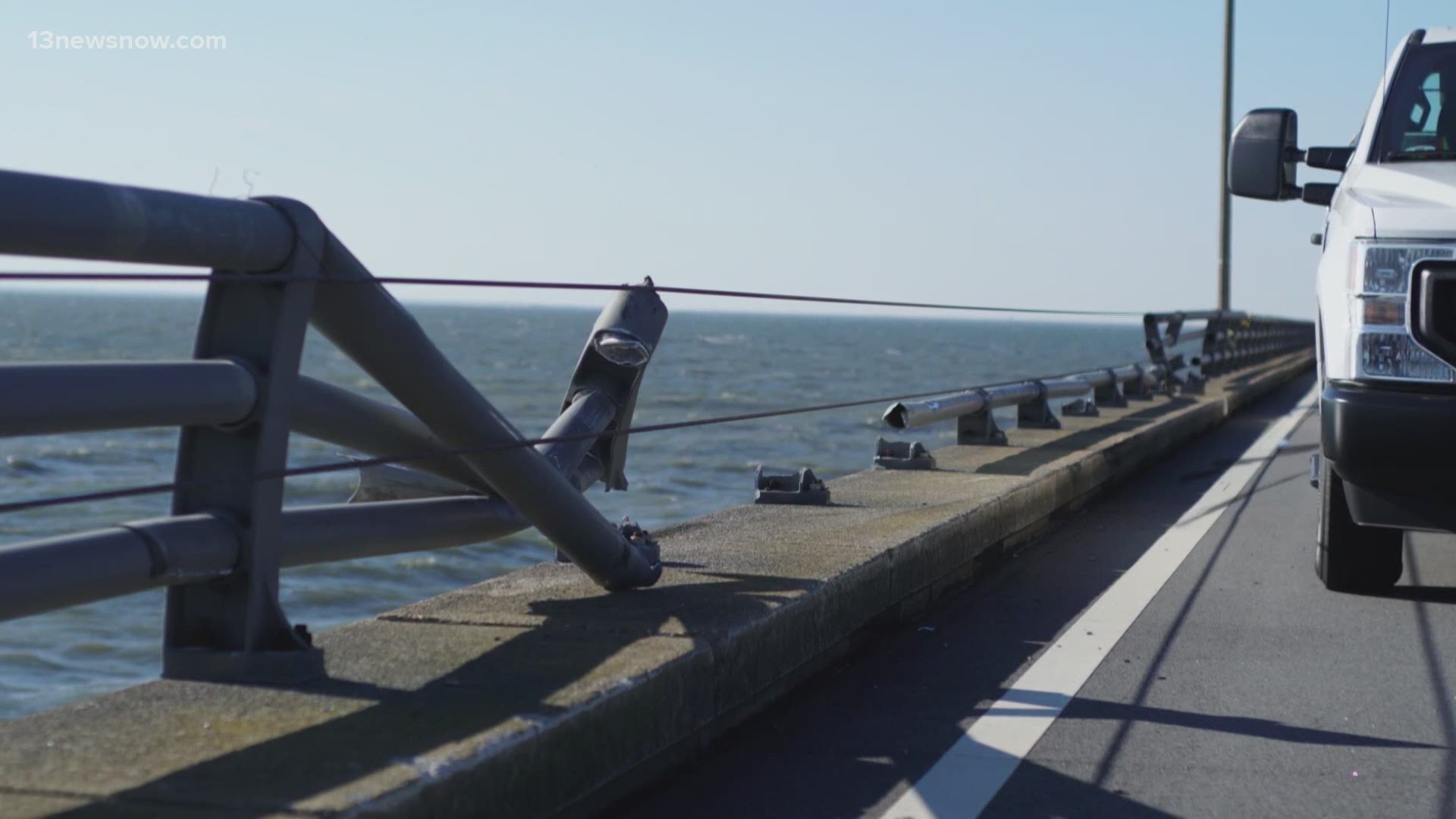 CAPE CHARLES, Va. — Officials have suspended the search for a missing driver whose box truck went into the water on the Chesapeake Bay Bridge-Tunnel on Tuesday morning.

The truck went overboard on the east side of the northbound span between the North Channel Bridge and the northernmost island.

Tuesday afternoon, a spokesperson for the CBBT said the person who was driving the truck was Erik Mezick, 47, of Fruitland, Maryland.

Wednesday's search was suspended after seven hours. Mezick was not found.

Valdez confirmed Mezick is in the water but they "do not have a visual of the victim."

Emergency first responders are trying to look for possible locations where he may have gone, Valdez said.

Officials said if they didn't find Mezick by nightfall, the search would be suspended, and resume Wednesday morning.

There have been at least 2 other tractor-trailers that have gone over the bridge-tunnel since 2017.

In the first photo you can see the guardrail is damaged. This happened in the Northbound lane, off the east side. One lane of traffic is open. #13newsnow pic.twitter.com/EFUWr8rMyO