Don’t do this: People jet ski, swim and drive on the boardwalk during Hurricane Dorian 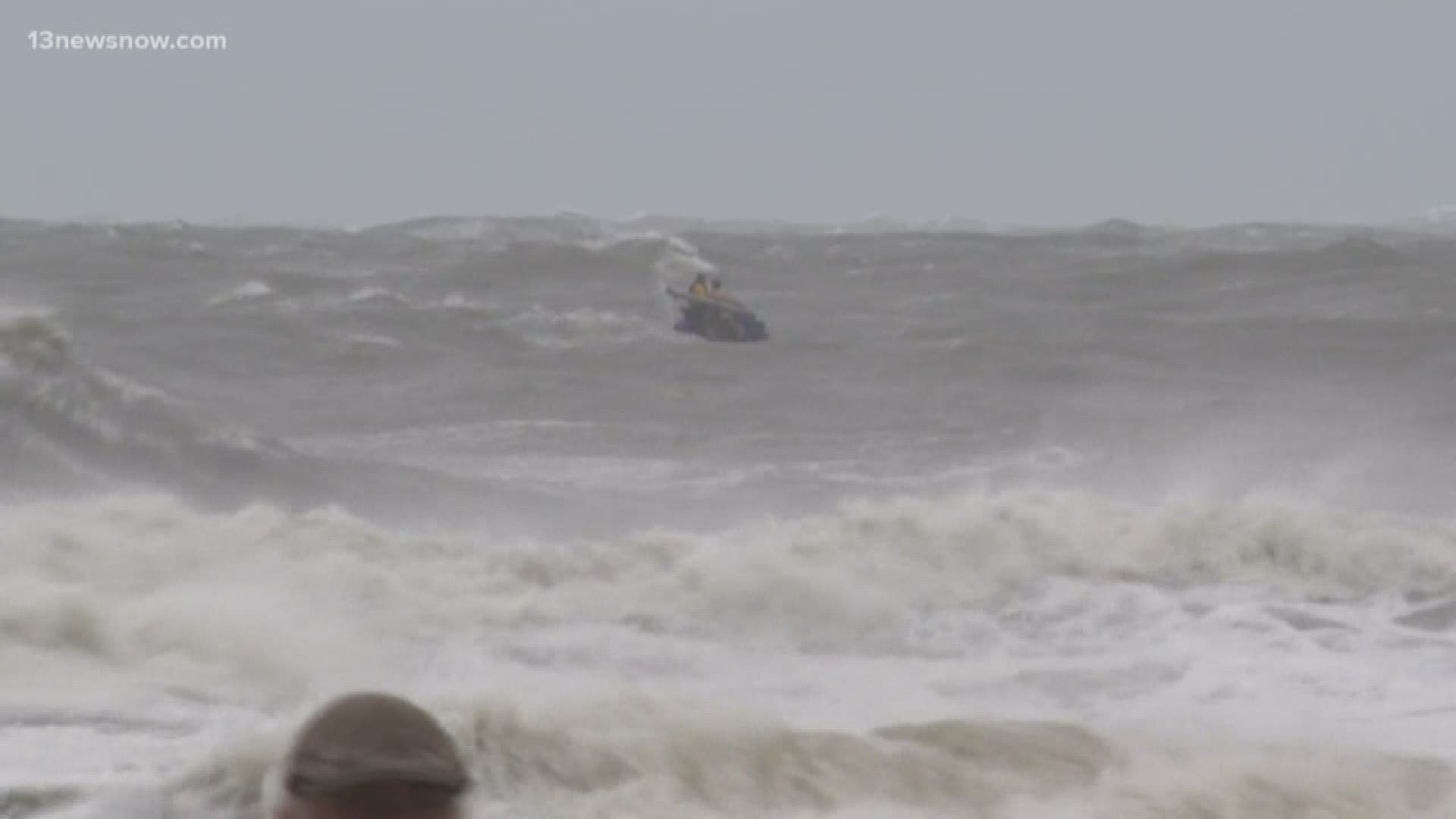 The city of Virginia Beach is telling drivers not to drive their car on the Oceanfront boardwalk.

The city said in a tweet that Virginia Beach police officers are seeing lots of people driving their cars on the boardwalk during the storm.

Driving on the boardwalk is illegal and dangerous, police said. Officers are giving out tickets to those lawbreakers.

13News Now's Evan Watson also spotted a pair of people hop on a jet ski and head out into the heavy surf.

He shared video on Twitter of the people making their way out into the water through the Rudee Inlet, hitting rough seas and choppy waves. Evan said one of the guys on the jet ski had a surfboard with him.

'An EMS responder quite literally facepalmed when someone told her there was a jet ski in the ocean,' Evan tweeted with the video.

Down the coast in Kill Devil Hills, North Carolina, 13News Now reporter Jaclyn Lee watched as two men jumped into the ocean for fun, but they were quickly getting swept down the coast.

'Complete disregard for safety precautions,' she tweeted with a video of the men in the water.

The water is so rough in the area at the time, the ocean had a layer of foam on the top and beach was covered in it, as well.

Dozens of locals headed down to the beach in Kill Devil Hills to check out the Avalon Fishing Pier. Part of it got wiped out while Hurricane Dorian passed through the area.

RELATED: VERIFY: Are there laws to protect Good Samaritans who give aid during a natural disaster?

RELATED: Who to follow to be 'in the know' as Dorian approaches Virginia

RELATED: How to stay safe and healthy in the aftermath of Hurricane Dorian