The launch may be visible, weather permitting, in much of the eastern United States from the Atlantic coast to the Mississippi River. 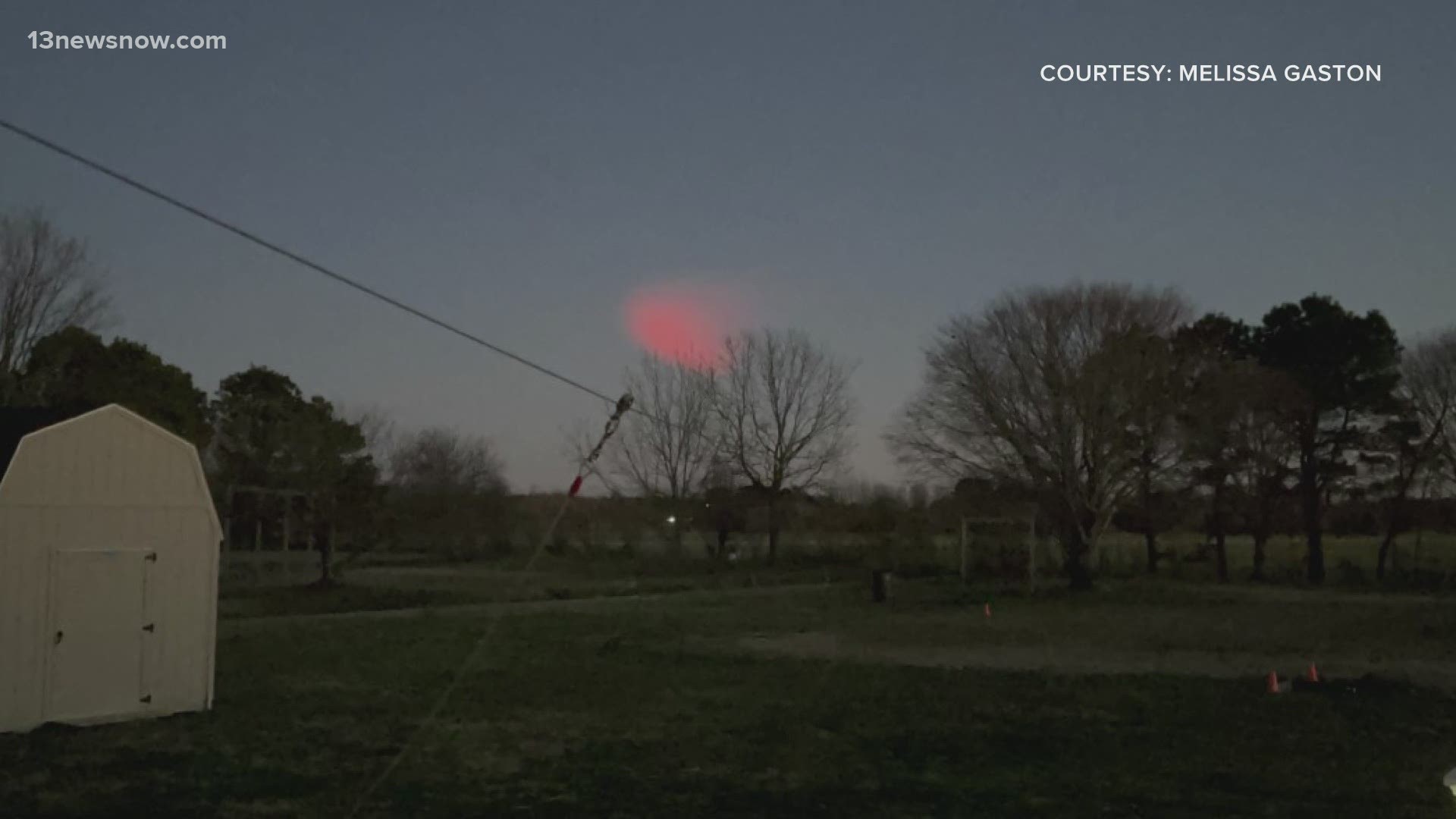 WALLOPS ISLAND, Va. — NASA's hopes to launch a sounding rocket from its Wallops Flight Facility on the Eastern Shore have been delayed until at least Saturday "after the vehicle came in contact with a launcher support during today’s preparations," officials said in a social media post.

It was the latest in a series of setbacks, as NASA has been trying to send the rocket airborne every day since Saturday. Previous scrubbings have been due to upper-level winds in the atmosphere and cloud cover at its observation site in Bermuda.

In an update on Thursday afternoon, NASA officials said "the team continues to inspect the rocket and launcher after the vehicle came in contact with a launcher support during launch preparations."

When the rocket does go up, it could provide a nice light show for the eastern U.S. and Hampton Roads when it does take off.

The mission launch is to explore energy transport in space using a NASA suborbital sounding rocket, according to a news release.

NASA said a four-stage Black Brant XII rocket will be used for the mission that includes the release of barium vapor that will form two green-violet clouds that may be visible for about 30 seconds.

The barium vapor is not harmful to the environment or public health.

After its latest delay, the mission is now scheduled for no earlier than 8:10 p.m., Saturday, May 15.

Backup launch days run through May 16.

The launch may be visible, weather permitting, in much of the eastern United States from the Atlantic coast to the Mississippi River.